What Was ISIS’s Real Estate Market Like? GW University Releases “The ISIS Files” 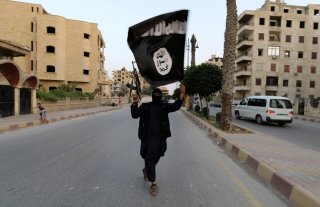 George Washington University has released the first batch of its “ISIS Files,” a trove of bureaucratic documents captured from the Islamic State during the Iraqi offensive in Mosul.

The files paint a picture of a militant group that enmeshed itself into daily life even as it fought a war against the entire world with stunning brutality. Most of this first batch is related to real estate and finance, with only a few documents related to ideology and terrorism.

“The picture that emerges from this repository is revealing in both its range and complexity,” wrote Haroro J. Ingram and Devorah Margolin, senior fellows at the George Washington University's Program on Extremism, in a paper released alongside the files.

“[D]ocuments from the Islamic Police and Agriculture departments tell of an organization seemingly obsessed with bureaucracy and institutionalizing every detail of its system of control,” they continued. “The collection also offers a human perspective of the Islamic State, with each file detailing the lives of those that lived under the Islamic State’s occupation.”

The documents were unearthed by Rukmini Callimachi, a New York Times reporter who was embedded with the Iraqi military during the 2016 offensive to recapture the major metropolis of Mosul.

Callimachi and her colleagues recovered around 15,000 pages of documents. The New York Times and George Washington University worked together to digitize them, and handed the originals to the Iraqi Embassy in Washington.

Only 68 files are currently available on the university website, with more to be released over the coming months. The files have been translated into English, and personal information has been redacted from both the Arabic and English copies.

The largest part of the 15,000 pages is related to agriculture, Ingram and Margolin wrote.

But even the agricultural files have a darker side. ISIS raised money by seizing land from the religious minorities and dissenters it expelled or slaughtered, renting the properties out to loyal Sunni Muslim farmers.

Spreadsheets from the ISIS real estate office show lot numbers and tenant names next to derogatory terms for the original owners: “heretic” or “apostate.”

The ISIS files project has raised ethical concerns. It has also brought back painful memories of the U.S. invasion of Iraq in 2003, when U.S. forces confiscated millions of pages from the Iraqi state archives.

Iraqi writer Sinan Antoon described both the 2003 files and the ISIS files as “plunder” in an interview with The Intercept.

However, George Washington University maintains that it followed ethical best practices in dealing with the archive.

“As caretakers of these historic documents, we are acutely aware of the important social role of repositories and recognize their value to the public interest,” the university wrote on its website. “The key underlying principle that shapes our work is that in archiving The ISIS Files, we will endeavor to do no harm.”

Its goal, the university stated, is “[t]o ensure unbiased open access to the documents while respecting data and privacy concerns of those named and identified in them.”