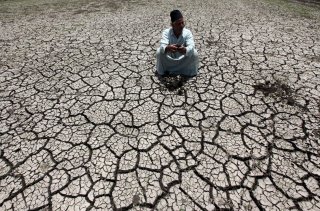 In a final push before the self-imposed deadline to call upon an official mediator, Egyptian, Ethiopian, and Sudanese ministers met in Washington last month to reach a consensus over the filling, or “impoundment,” period of the Grand Ethiopian Renaissance Dam (GERD). Egypt demanded at least seven years to fill the reservoir, whereas Ethiopia, anxious to reap the dam’s long-awaited benefits, would accept no more than five years.

Two years may seem insignificant, but to Ethiopia, it means another two years before pre-schools, hospitals, and industrial parks receive access to electricity. For Egypt, the additional two years would prevent permanent damage to a significant area of the Nile River Delta, the loss of livelihoods of an estimated one million farmers, one of the state’s most vulnerable groups, and a resulting $1.8 billion dent in the national economy.

The outlook for the three riparian states reaching an agreement was bleak as Ethiopia and Egypt came away from the January 8–9 meetings pointing fingers at one another. However, the U.S. Secretary of Treasury released a statement on Wednesday afternoon reporting a breakthrough over the filling period and the long-term operation of the GERD.

Ethiopia, Egypt, and Sudan reached a compromise by addressing only the first stage of impoundment and postponing the discussion of the later stages. In a joint statement released by the Egyptian, Ethiopian, and Sudanese Ministers of Foreign Affairs and Water Resources, they agreed that “the filling of the GERD will be executed in stages and will be undertaken in an adaptive and cooperative manner that takes into consideration the hydrological conditions of the Blue Nile and the potential impact of the filling on downstream reservoirs.” The ministers agreed to specifics of the first stage, but are postponing talks on the remaining stages until they return to Washington on January 28–29. Additional technical and legal discussions will take place before then.

For Egypt, securing the assurance of the trilateral group to consider the hydrological condition of the river throughout the entire filling process is a vital interest. The impoundment period presents a time of heightened risk for the downmost riparian state. A drought during this time would irreversibly devastate Egypt’s agricultural sector.

As part of the consensus, Ethiopia will fill the dam during the wet season, which generally occurs between July and August, and if hydrological conditions permit, the period will be extended into September. The river will flow naturally during the dry seasons. There is no public word yet on how long this will take, but the joint statement specified that the first stage, in which the reservoir will be filled to 595 meters above sea level, will be achieved rapidly to bring the early generation of electricity online as soon as possible, “while providing appropriate mitigation measures for Egypt and Sudan in case of severe droughts during this stage.”

The parties agreed to share responsibility for drought management, an issue that none of them can comprehensively manage alone. This task requires a basin-wide effort; it will also require each of the states to assume the initiative to undertake efforts to better manage their water resources.

The dispute over the GERD may be the impetus Egypt needs to push for a concerted national effort to overhaul its water management regime. Egypt currently consumes water at an unsustainable rate. As upward pressures on demand and downward pressures on supply increase their water deficit, the situation will only become more difficult to manage. The primary culprit is the agricultural sector, which accounts for 79.6 percent of the country’s water consumption. That’s equivalent to 107 percent of Egypt’s total renewable water resources. In other words, Egypt’s agricultural sector uses a greater volume of water than flows into its territory each year.

Reforming this sector has proven difficult for Egypt, as it comprises 11.7 percent of the state’s GDP. It represents an important source of income from exports and the heart of the country’s food supply. However, reforming domestic agriculture will be key to weathering the impending period of high risk for water shortages. Reforms must focus on irrigation. In 2010, 82.66 percent of Egypt’s farmland employed flood irrigation, an inefficient method in which water is flooded across entire farms. Most of the water drains out of the fields as runoff. Replacing this method with pressurized irrigation systems, including sprinkler irrigation and localized drip irrigation schemes, which pipe water directly to plants, would dramatically conserve water.

A World Bank project completed in 2018 proved modernizing irrigation to effectively reduce water requirements for farms. The project installed 105,000 hectares of pressurized irrigation and drainage systems in the Nile Delta. Results were promising: water consumption was reduced in project areas by 18% and increased crop yield by 10–13 percent. The project team recommended that there be additional improvements in technical designs and cost efficiency before the government of Egypt attempts to irrigate the remaining 2.1 million hectares of land. At present, it would cost $5.2 billion (about 2 percent of GDP) over twelve years. Considering the potential benefits of large-scale modernization of irrigation, it would behoove Egypt to make this a priority. The costs may seem prohibitively expensive, but the opportunity cost will likely prove even greater in the long run, especially as climate patterns shift, precipitation decreases, and the flow of the Nile lessens. While all three parties are hoping to find an agreeable solution to the question of filling the Grand Ethiopian Renaissance Dam, Egypt can reduce the impact of the impoundment period if it takes rapid measures to address its water management practices.

Scrutinizing irrigation is vital for the long-term sustainability, resilience, and security of Egypt and its people. The state’s stability is directly intertwined with its food supply, as seen in 2010 when a 50 percent increase in grain prices played a part in the fall of the Mubarak regime. Despite the outcome of the trilateral talks on filling the reservoir, the flow of the Nile will only get smaller. Unless Egypt addresses its water management crisis, instability may pay an unwelcome visit to the head of the Nile.

Michael Greco is a contributor to the National Interest. He specializes in energy and climate research.