Why Iran Has Given Up on the West 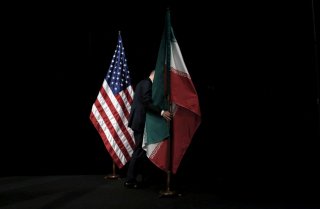 In general, Iran’s foreign policy, regardless of who spearheads the government, has been largely influenced by Supreme Leader Ayatollah Ali Khamenei and his close aids. Thus, the foreign policy of different Iranian governments is less important than Iran’s overall grand strategy, and previous Iranian governments’ “Look to the West” policies have only been tolerated to the extent that it does not contradict the establishment’s approach. That is why the talks with the United States were allowed to cover only the nuclear issue, while competition was extended to other areas. (Of course, another reason for this is that Iran is not willing to limit the foundation of its deterrent power—its missiles and proxy forces.)

Nevertheless, in order to form a block against America and expand its strategic depth, Iran under Ebrahim Raisi is intending to “Look to the East” by pursuing relations with Russia, China, and Latin America. Yet Raisi’s “Look to the East” policy has been pursued before, both after the 1979 Iranian Revolution and especially during the presidency of Mahmoud Ahmadinejad. This Eastern outlook is core to Iran’s revolutionary, political Islamist, and third-world character and has thus served as the basis for Iranian foreign policy. In fact, despite that the Iranian Revolution’s mantra was “Neither East, nor West,” Iran’s revolutionary government was forged in explicit opposition with the West while there was no fundamental conflict with the East. Iran’s “Look to the East” policy, therefore, has consolidated its revolutionary identity and structure, which has opposed the values, norms, and institutions of the liberal world order since its foundation in 1979. Since then, the Islamic Republic of Iran has tried to achieve a kind of strategic cooperation with rival U.S. powers, especially Russia and China, in order to advance a confrontational foreign policy with the West, particularly the United States.

In order to emphasize its “Look to the East” policy, the Raisi government has sought to expand its relations with Latin America, the Caribbean, the Asia-Pacific (with an emphasis on China), and Russia by launching a serious effort to become a permanent member of the Shanghai Cooperation Organization. Additionally, the attainment of a long-term cooperation agreement with Russia and permanent membership in the Eurasian Economic Union are also high on Raisi’s agenda.

Yet it is not only about foreign policy: the Raisi administration’s reinforcement of the “Look to the East” policy is also deeply rooted in its supporters’ social and ideological base. The urban middle classes, who have frequently supported the “Look to the West” and a balanced Iranian foreign policy, were noticeably absent in the recent presidential elections that led to Raisi’s victory. Consequently, Raisi’s Eastern-oriented foreign policy approach will likely undermine the position of those in Iran’s power structure who have regularly underscored the importance of rapprochement with the West, thereby strengthening conservatives in the Iranian political system and their supporters at the community level.

The gradual elimination of the reformists from Iran’s power structure, the erosion of Iran’s middle class, and the increasing control of the Islamic Revolutionary Guard Corps over various levers of power in Iran have led to a broader decoupling from the West. Instead, Tehran is now recalibrating to the East and authoritarian governments.

However, such a binary distinction contains negative implications for Iran’s foreign policy and national security interests, as assigning more positive or negative values to either of these approaches (i.e., looking East vs. West) will unsettle Iran’s political foundations over the longer term. While maintaining a balance between the two camps alleviates the fear of a lopsided dependency on either camp, an explicit alignment with non-Western world powers that have similar political structures to Iran, such as Russia and China, will increase Iran’s dependency on them.

Consequently, while Iran has become more strategically dependent on Russia and China, the latter two states still retain the freedom to act as they see fit. Russia usually stands by Iran when Western pressure mounts so that Tehran does not compromise with the West out of desperation. However, when de-escalating tensions between Iran and the West, Russia tends to stay closer to Iran’s regional rivals so that de-escalation does not lead to the unchecked growth of Iran’s power and influence. China, too, will not sacrifice its relations with the United States and the Arab countries of the Persian Gulf to improve its relations with Iran. China, like Russia, had voted in favor of the UN Security Council resolutions against Iran's nuclear program before the Joint Comprehensive Plan of Action (JCPOA) was signed in 2015. China’s focus on economic development and expansion of trade relations are important for Beijing, and Chinese leaders are not willing to put themselves in dangerous geopolitical situations because of Iran.

Thus, Russia and China’s engagement with Iran is limited, and their actions actually help prevent the realization and exercise of Iranian hegemonic power in the region. Though imbalances exist between Iran and Russia and China, Tehran’s “Look to the East” policy—grounded in ideological alignment, economic interests, and political expediency—appears likely to stay and flourish. Certainly, while Iran’s reliance on Russia and China may hamstring its foreign policy maneuverability, we may still see unprecedented levels of Russian and Chinese influence in Iran’s internal and external affairs in the coming years.

The “Look to the East” policy is also rooted in Iran’s understanding of the international system. According to the Iranian establishment’s psychological milieu vis-à-vis the international operational environment, the United States is no longer the hegemonic power, and countries like China are the future poles of the international system. Based on this, Iran sees the Biden administration’s focus on containing China as indicative of Beijing’s growing power and ability to force the United States to reorient itself beyond the Middle East. In terms of normative structure as well, the Iranian establishment also believes that there has been a decline in the liberal order amid a rise of populism and far-right currents in Western democracies.

Current trends in the structures of Iran’s domestic and foreign policy reflect the presence and preferences of radical conservatives. For them, Iran’s foreign policy is linked to domestic legitimacy and the elimination of reformist rivals and moderate movements. Therefore, with their continued dominance in Iranian political institutions, one cannot expect Iran’s relations with Western countries to markedly improve. It is only in emergencies, such as the nuclear issue, that this group is willing to talk to the West. However, even the revival of the JCPOA cannot be considered a platform for improving relations with the West in other areas. Iran will continue to see its future in the East.