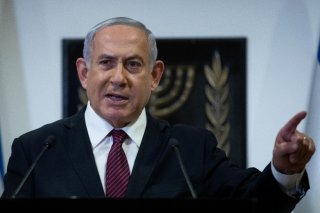 Although not officially confirmed, recent reports have indicated a prisoner exchange deal is in the works between the Israeli government and Hamas. If confirmed, this would not be the first deal of its kind reached between the terror organization ruling the Gaza Strip and the State of Israel. However, this would be the first prisoner swap since the 2011 exchange that saw Israeli captive soldier Gilad Schalit traded for 1,027 Palestinian prisoners, many of whom were imprisoned for the murder of Israeli civilians.

As was anticipated by many, approximately sixty of the freed prisoners have since been rearrested for their involvement in terror. These freed prisoners, according to IDF statistics, were directly responsible for the deaths of at least ten Israelis. Aside from the obvious risk which history shows us the release of terrorists poses to citizens, alongside the fragile quiet Israel has enjoyed throughout 2020—reportedly the year with the fewest security-related deaths in the country’s history—the proposed deal is “outrageous,” as the Knesset Foreign Affairs and Defense Committee Chairman aptly put it, for a far more basic reason.

Prime Minister Benjamin Netanyahu has indicated his willingness to do everything in his power to cling to the premiership and stay out of prison, in light of both his high-profile corruption trial (Netanyahu has been accused of deception, breach of trust, and receiving bribes) and an impending election. This has included putting citizens' lives at risk by politicizing the handling of the coronavirus crisis, holding a much-needed state budget hostage to nullify his coalition saving rotation agreement, and subsequently, taking Israel to its fourth election in two years. Never missing an opportunity to surprise, Netanyahu, who in the past warned that “The right-wing government is in danger. Arab voters are heading to the polling stations in droves,” has displayed a newfound affinity towards the Arab Ra’am party, who he now considers a viable future coalition partner.

Netanyahu, who earned the nickname “Mr. Security,” upon which he has ridden to more than one electoral victory, understands that burnishing his security credentials is key to scoring points in the lead up to what may be his most challenging election yet. The importance of this becomes doubly important when facing off against three former IDF Chiefs of Staff in the Blue and White and Telem parties, and the impending entry into politics of yet another (former IDF Chief of Staff Gadi Eizenkot has reportedly been toying with the idea). The lonely obsession Netanyahu has shown with Iran, even at the expense of eroding Israel’s relationship with the United States and European allies, is no accidental occurrence. It is this mirage of “Mr. Security” that must be maintained if Netanyahu is to indefinitely continue in his position as Israel’s longest-serving “democtator”.

Although the prisoner exchange deal reportedly being brokered between Israel and Hamas is said to include the release of the two Israeli civilians, Avera Mengistu and Hisham al-Sayed, currently being held by the terror organization, these are not the catalysts for the deal. Indeed, the mother of Mengistu has on more than one occasion accused Netanyahu of abandoning her son and “doing nothing” to bring him home. At a time when his political future is looking ever more precarious, it is the bodies of soldiers which “Mr. Security” needs to secure his future on Balfour Street.

This would not be the first cynical use Netanyahu has made of captives in order to assuage political issues and mitigate public criticism. It is not a coincidence that the last time Netanyahu employed this strategy by agreeing to the Schalit deal, Israel was similarly wracked by anti-Netanyahu protests. Only then, citizens were not protesting corruption and the rule of law but the cost of living. Further examples abound, including the heavily criticized release of Hamas founder Ahmed Yassin in order to control the fall-out from the botched Khaled Mashal assassination attempt which Netanyahu ordered (against the advice of many of his security chiefs). It was also seen in a 2013 release of prisoners, aimed at preventing a settlement building freeze which would have not have been positively received by Netanyahu’s right-wing support base.

Netanyahu’s ploy to leverage the release of soldiers’ bodies in his electoral favor has found the perfect partner in Gaza’s Hamas government, which is in similarly desperate need of a public victory. The movement understands perfectly well the impetus behind the exchange, with its spokesman recently saying, “This is a ploy by Netanyahu to enhance his personal stature in any expected Zionist elections. Netanyahu is still evading a decision in this issue, and is manipulating the feelings of the families of the captured soldiers.”

The carnage which the coronavirus pandemic has sowed in the coastal enclave has placed Hamas’s leader in Gaza, Yahya Sinwar, himself recently diagnosed with Covid-19, in a unique position to negotiate what he called “partial concessions.” With Hamas desperate for basic humanitarian assistance including testing kits, personal protective equipment (PPE), and doses of the soon to be rolled out vaccine, Netanyahu finds himself well-positioned to secure the return of the bodies of IDF soldiers Oron Shaul and Hadar Goldin in the immediate term. Having exhausted publicity opportunities related to the Abraham Accords and with his Golden Goose in the White House one foot out the door, an immediate term security-oriented victory is precisely what “Mr. Security” needs.

Shlomo Roiter Jesner is the president and co-founder of the Cambridge Middle East and North Africa Forum (www.cmenaf.org). He is also the CEO of London-based F&R Strategy Group (www.frstrategy.co.uk), a geopolitical consultancy at the intersection of politics and business.