Why Trump’s Plan for Middle East Peace Will Fail 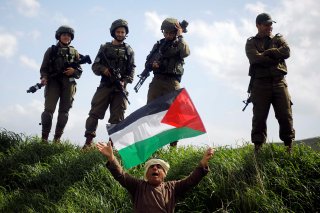 It’s no earth-shattering prediction to forecast that history isn’t likely to remember President Donald Trump’s “Deal of the Century” as the peace plan that ended a conflict—the first major violent outbreak in which marked its centenary last month. Many and more inspired have been earlier dud peace proposals for settling the Israeli-Palestinian conflict. Yet in the final analysis, the wisdom or folly of would-be presidential peacemakers is of little consequence as long as the path to peace remains blocked by an obstacle that only the most wrenching⁠—and, therefore, the most improbable⁠—concession by one of the two parties to the conflict can remove: Israel’s surrender of its identity as a Jewish state or the Palestinians’ surrender of the right of return. Though they may not seem directly related, these are two sides of the same coin, two halves of a zero-sum dialectic that requires the renunciation either of Israel’s existential purpose (affording self-government and sanctuary to the Jewish people) or of the Palestinians’ highest ambition (returning to and recovering the lands from which they fled or were expelled in 1948).

Not only are these two positions irreconcilable, from the standpoint of the Israelis and Palestinians that cling to them, they’re also non-negotiable. “For the Palestinians,” Israeli political scientist Yoav Peled and Palestinian conflict studies scholar Nadim Rouhana write, “the right of return is an inalienable right that defines their national identity and their struggle for liberation. For Israeli Jews, the right of return is perceived as an existential threat to the Jewish character of their society, if not to its very existence.” And so, since peace demands more than either side will presently concede, let us enlist Orwell’s “power of facing unpleasant facts” and recognize that “one of the most difficult political problems the world contains,” as “gloomy George” described the conflict already in 1942, is insoluble. Or to put it less despairingly, the conflict is insoluble until one side budges from its dearest position.

In this same sober and illusionless spirit, let us acknowledge as a corollary that the year that haunts the peace process is not 1967, as is popularly assumed, but 1948. For the past two decades, Israeli-Palestinian negotiations have pivoted on four main “final-status issues” that, if resolved, would ostensibly settle the conflict once and for all: the borders of a Palestinian state/the fate of Jewish settlements in the West Bank, Israeli security, Palestinian refugees, and the disposition of Jerusalem. Of these, it is only the question of Palestinian refugees (and its companion issue, Israel’s identity as a Jewish state) that goes to the heart of the conflict, tracing its origins, not to the 1967 war, in which Israel captured the Palestinian-populated West Bank, Gaza, and East Jerusalem, but to the 1948 war, in which both Israel itself and the Palestinian refugee problem entered into existence. As far as the peace process is concerned, the legacy of the 1967 war revolves around what is, at bottom, a border dispute⁠—a disagreement over the territorial extent and political status of Israel’s acquisitions that year. But engaging with the legacy of the 1948 war⁠—Jewish statehood and Palestinian displacement⁠—forces a reckoning with a much less tractable existential question. Not for nothing is this the thorniest issue in the final-status thicket.

In a conflict complicated, but by no means caused, by religion, Jewish statehood for Israelis and the right of return for Palestinians are “secular sanctities,” eternal and inviolate, and the heretics on both sides are few. And, as always with matters of a religious or, as in the present case, a quasi-religious nature, discrepant interpretations are inevitable. Nor has the peace process’s holiest orthodoxy⁠—the two-state solution⁠—escaped such interpretive division. As Israelis see it, the two-state solution would respect Israel’s character as a Jewish state by resolving the refugee problem “outside Israel’s borders”⁠—that is, by resettling Palestinian refugees and their descendants in a Palestinian state in the West Bank and Gaza, not by returning them to Israel proper. As Palestinians see it, the two-state solution would establish a Palestinian state only in rump Palestine (i.e., the territories Israel conquered in 1967) but would permit the return of Palestinian refugees and their descendants to the rest of Palestine (i.e., Israel proper)⁠. International law, the Palestinians contend, requires nothing less.

In peace negotiations, the specific language insisted on or avoided by the two parties encodes these discrepant interpretations of the two-state solution. Since taking office in 2009, Israeli prime minister Benjamin Netanyahu has reiterated the demand of his predecessor that the Palestinians recognize “Israel as a Jewish state.” For their part, Palestinian leaders have demurred, responding, as former chief negotiator Nabil Shaath has, that “the Palestinian Authority will never recognize Israel as the Jewish state because such a declaration will negate the right of the Palestinian refugees to return to their home.” By the same token, while the Palestinian Authority accepts the two-state solution, it resists the formula of “two states for two peoples.” As for the Israeli line on this refusal, former Israeli ambassador to the United States, Danny Ayalon, spoke for the nearly all his country’s Jewish citizens when he said, “If the Palestinians are not willing to talk about two states for two peoples, let alone a Jewish state for Israel, then there’s nothing to talk about. . . . If they think they can create one Palestinian state and one dual-nationality state, this will not happen.” By “dual-nationality state,” Ayalon here refers to what Israel sees as the natural outcome of the return of masses of Palestinian refugees and their descendants to Israel proper: an initially demographic and ultimately political change that would abolish Jewish statehood—in other words, a two-state solution pending a one-state solution.

Trump’s “Deal of the Century” confronts the twin-headed hydra of the demand of Jewish statehood/the Palestinian right of return by endorsing the Israeli position, stipulating, “There shall be no right of return by, or absorption of, any Palestinian refugee into the State of Israel . . . Palestinian leaders must embrace peace by recognizing Israel as the Jewish state.” It was no great surprise when the Israeli government affirmed its acceptance of the plan, celebrating the continued alignment of their own and the American position, or when the Palestinian leadership rejected it out of hand, spurning it as a non-starter. Many Palestinians have even denounced the plan as “a Second Balfour Declaration,” an epithet in Arabic discourse applied to American initiatives seen as pro-Israel ever since Egypt and Israel’s 1978 Camp David Accords, which President Jimmy Carter helped secure.

Clairvoyance need not be one’s special talent to foresee that the Trump administration isn’t destined to be the midwife of peace in the Middle East. In fact, the “Deal of Century” has already proven stillborn. True, the plan could remain relevant, especially if Israel carries some of its provisions into effect unilaterally, establishing facts on the ground that a less sympathetic successor of Trump’s would hesitate to roll back. But peace it assuredly won’t bring. Yet whatever one’s opinion of Trump’s bid at peacemaking, Washington is powerless to end this tragic and bloody battle of wills unless either the Israelis or the Palestinians renounce what is dearest to them: Zionism or the right of return. Until then, the two sides are fated to remain caught, to adapt an idiom common both to Hebrew and Arabic, between the hammer of conflict and the anvil of compromise.