Why A U.S.-Iran War Isn't Going To Happen 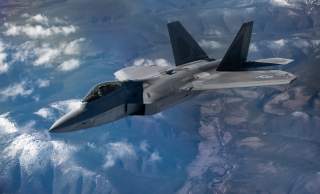 Will Tehran and Washington let slip the dogs of war following last week’s aerial takedown of Qasem Soleimani, commander of the Islamic Revolutionary Guard Corps’s IRGC) Quds Force? You could be forgiven for thinking so considering the hot takes that greeted the news of the drone strike outside Baghdad. For example, one prominent commentator, the Council on Foreign Relations’ Richard Haass, opined that the Middle East “region (and possibly the world) will be the battlefield.”

Color me skeptical. The apocalypse is not at hand.

Haass is right in the limited sense that irregular military operations now span the globe. Terrorists thirst to strike at far as well as near enemies in hopes of degrading their will to fight. They respect no national boundaries and never have. Frontiers are likewise murky in the cyber realm, to name another battleground with no defined battlefronts. The United States and Iran have waged cyber combat for a decade or more, dating to the Stuxnet worm attack on the Iranian nuclear complex in 2010.

The coming weeks and months may see irregular warfare prosecuted with newfound vigor through such familiar unconventional warmaking methods. It’s doubtful Tehran would launch into conventional operations, stepping onto ground it knows America dominates. To launch full-scale military reprisals would justify full-scale U.S. military reprisals that, in all likelihood, would outstrip Iran’s in firepower and ferocity. The ayatollahs who oversee the Islamic Republic fret about coming up on the losing end of such a clash. As well they might, considering hard experience.

So the outlook is for more of the same. That’s a far cry from the more fevered prophecies of World War III aired since Soleimani went to his reward. To fathom Tehran’s dilemma, let’s ask a fellow who knew a thing or two about Persian ambitions. (The pre-Islamic Persian Empire, which bestrode the Middle East and menaced Europe, remains the lodestone of geopolitical success—even for Islamic Iran.)

The Athenian historian Thucydides chronicled the Peloponnesian War, a fifth-century-B.C. maelstrom that engulfed the Greek world. Persia was a major player in that contest. In fact, it helped decide the endgame when the Great King supplied Athens’ antagonist, Sparta, with the resources to build itself into a naval power capable of defeating the vaunted Athenian navy at sea. But Thucydides also meditates on human nature at many junctures in his history, deriving observations of universal scope. At one stage, for instance, he has Athenian ambassadors posit that three of the prime movers impelling human actions are “fear, honor, and interest.” The emissaries appear to speak for the father of history.

Fear, honor, interest. There are few better places to start puzzling out why individuals and societies do what they do and glimpse what we ought to do. How does Thucydides’ hypothesis apply to post-Soleimani antagonism between the United States and Iran? Well, the slaying of the Quds Force chieftain puts the ball squarely in the Islamic Republic’s court. The mullahs must reply to the strike in some fashion. To remain idle would be to make themselves look weak and ineffectual in the eyes of the region and of ordinary Iranians.

In fecklessness lies danger. Doubly so now, after protests convulsed parts of Iran last November. The ensuing crackdown cost hundreds of Iranians their lives—and revealed how deeply resentments against the religious regime run. No autocrat relishes weakness, least of all an autocrat whose rule has come under duress from within. A show of power and steadfastness is necessary to cow domestic opponents.

But fear is an omnidirectional, multiple-domain thing for Iranian potentates. External threats abound. Iranians are keenly attuned to geographic encirclement, for instance. They view their country as the Middle East’s rightful heavyweight. Yet U.S. forces or their allies surround and constrain the Islamic Republic from all points of the compass with the partial exception of the northeastern quadrant, which encompasses the ‘stans of Central Asia, and beyond them Russia.

Look at your map. The U.S. Navy commands the westerly maritime flank, backed up by the U.S. Air Force. America’s Gulf Arab allies ring the western shores of the Persian Gulf. U.S. forces remain in Iraq to the northwest, where Suleimani fell, and in Afghanistan to the east. Even Pakistan, to the southeast, is an American treaty ally, albeit an uneasy one. These are forbidding surroundings. Tendrils of U.S. influence curl all around the Islamic Republic’s borders. Breaking out seems like a natural impulse for Iranian diplomacy and military strategy.

And yet. However fervent about its geopolitical ambitions, the Iranian leadership will be loath to undertake measures beyond the intermittent bombings, support to militants elsewhere in the region, and ritual denunciations of the Great Satan that have been mainstays of Iranian foreign policy for forty years now. Iranian leaders comprehend the forces arrayed against them. A serious effort at a breakout will remain premature unless and until they consummate their bid for atomic weaponry. The ability to threaten nuclear devastation may embolden them to try—but that remains for the future.

Next, honor. Irregular warfare is indecisive in itself, but it can provide splashy returns on a modest investment of resources and effort. Having staked their political legitimacy on sticking it to the Great Satan and his Middle Eastern toadies, the ayatollahs must deliver regular incremental results. Direct attacks on U.S. forces make good clickbait; so do pictures showing IRGC light surface combatants tailing U.S. Navy task forces; so do attacks on vital economic infrastructure in U.S. allies such as Saudi Arabia. And headlines convey the image of a virile power on the move.

The honor motive, then, merges with fear. Iranians fear being denied the honor they consider their due as the natural hegemon of the Gulf region and the Islamic world.

And lastly, interest. Mischief-making must suffice for Iran until it can amass the material wherewithal to make itself a hegemon. It’s fascinating that Thucydides lists material gain last among forces that animate human beings. After all, foreign-policy specialists list it first. Interest is quantifiable, and it seems to feed straight into calculations of cost, benefit, and risk. It makes statecraft seem rational!

There’s no way to know for sure after two millennia, but it seems likely the sage old Greek meant to deflate such excesses of rationalism. Namely, he regarded human nature as being about more than things we can count, like economic output or a large field army. For Thucydides cost/benefit arithmetic takes a back seat to not-strictly-rational passions—some of them dark, such as rage and spite, and others bright—that drive us all.

And indeed, for Iranians material interest constitutes the way to rejuvenate national honor while holding fear at bay. Breaking the economic blockade manifest in, say, the Trump administration’s “maximum pressure” strategy would permit Tehran to revitalize the country’s moribund oil and gas sector. Renewed export trade would furnish wealth. Some could go into accoutrements of great power such as a high-tech navy and air force.

In turn Iranian leaders could back a more ambitious diplomacy with steel. They would enjoy the option of departing from their purely irregular, troublemaking ways and competing through more conventional methods. Or, more likely, they would harness irregular means as an adjunct to traditional strategic competition. Material gain, in short, not just satisfies economic needs and wants but amplifies martial might. In so doing it satisfies non-material cravings for renown and geopolitical say-so.

And the American side? Repeat this process. Refract U.S. policy and strategy through Thucydides’ prism of fear, honor, and interest, consider how Iranian and American motives may intersect and interact, and see what light that appraisal shines into the future. My take: perhaps World War III will come one day—but today is not that day.