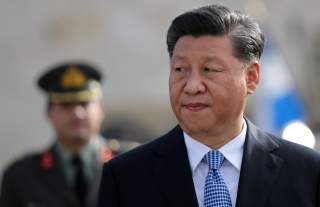 Second is building a regional coalition to pressure China. As Jonathan Fulton argues, the Gulf Cooperation Council provides China a “far more attractive set of partners than a revisionist Iran, and certainly ha[s] more to offer [China’s] regional connectivity plans with the Belt and Road Initiative.” Opposition to foreign arms sales among Iran’s rivals could be effective, especially if the Gulf states can adopt a unified position to maximize the political costs. Such an approach could also be useful with Russia, which also has cross-cutting interests in the Middle East. However, Beijing could calculate that others are unwilling to react strongly due to their own economic reliance on China. Given the limitations on both options, Washington should consider how persuasion and coalition-building can be used in tandem while setting realistic expectations. In the absence of dissuasion, the U.S. military will have to prepare for a world in which Iran could very quickly make great strides in its conventional capabilities.

The views expressed in this piece reflect only the author’s opinions and not NDU, the Department of Defense, or the U.S. government.