Will Israel Capitalize On Opportunities to Create a New Strategic Environment? 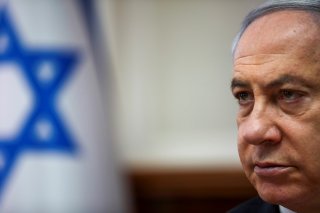 Secretary of State Mike Pompeo recently went on a brief six-hour trip to Israel. As Israel’s Prime Minister Benjamin Netanyahu correctly noted to Secretary Pompeo during their joint press conference on May 13, “This is your first trip abroad in some time. I think it is a testament to the strength of our alliance, to the strength of President [Donald] Trump’s commitment to the State of Israel, and to the strength of your commitment to Israel, and the strength of our alliance.”  The trip, in our view, reflects the determination of the United States and Israel to take advantage of the rare opportunities present in order to create a dramatically different strategic environment in the near future.

The coronavirus pandemic has changed the agenda of the international community and has forced many states to focus their energy and resources on efforts to minimize the scope of the damage the coronavirus outbreak has caused. It is no secret that many states are now competing in efforts to develop as soon as possible a vaccine for this new disease. Notably, this pandemic has also given certain advantages to states with high technological and scientific abilities, such as Israel and the United States.

In February 2020, Netanyahu ordered the Israel Institute for Biological Research (IIBR) (which is under the authority of the prime minister) “to act as quickly as possible to produce a vaccine against the virus and establish a vaccine plant in Israel.” Earlier, in May, it was announced that IIBR successfully isolated the coronavirus antibody. On May 18, IIBR announced that the vaccine they had developed was successful during testing on rats, with the next stage being tests on other animals before finally starting human trials. Just prior to this announcement, it was revealed that IIBR has filed patent requests for eight types of coronavirus antibodies that it has isolated.

Being aware of Israel’s advanced position in the fight against the coronavirus, it is certain that the United States considers cooperation with Israel in this field to be in its best interests. Pompeo alluded to this in his remarks alongside Netanyahu, stating: “We’ll certainly talk about the challenges the globe faces with COVID—Israeli technologies, Israeli medical expertise, all of the things that you and I and our teams can work on together. I know we’ll deliver good outcomes and decrease the risk for people all across the world from this global pandemic.”

Furthermore, Senators Ted Cruz (R-Texas) and Chris Coons (D-Del.) announced their intention to press for a $12 million appropriation in the upcoming Phase 4 / CARES 2 bill to enhance partnerships between companies in the United States and Israel to develop innovative medical projects aimed at detecting, treating, and curing the coronavirus. The language of this push is modeled on the bipartisan. “Expanding Medical Partnerships with Israel to Lessen Dependence on China Act,”  which was introduced by Cruz, Coons, and six other senators, Republicans and Democrats.

Developing a cure or a vaccine for this pandemic will significantly boost the prestige and revenue of both the United States and Israel. It will also enhance Trump’s position towards the coming election, certainly under the background of harsh criticism against him for his handling of the pandemic. Notably, former President Barack Obama characterized the Trump administration’s response as “an absolute chaotic disaster.”

As far as Israel is concerned, successfully developing a vaccine would enhance ties between Israel and the Arab states (particularly the Gulf States). It could even encourage them to raise existing, yet clandestine, relations to more open, public, and normal relations. It might also encourage Arab states to intensify their pressures on the Palestinians to show more flexibility in the peace process.

In general, the coming months between now and November present the Israeli leadership with rare and unprecedented opportunities to significantly enhance Israel’s strategic standing. Israel can hope to realize those opportunities due to the very wide freedom of action it currently enjoys:

a.  The current American administration supports Israel almost in any field, in particular with regard to Iran and the peace process.

b. The existence of a national unity government in Israel enables its leadership to undertake major, far-reaching decisions in both military and political spheres, which it could not do when it was just a right-wing government.

c.  The European Union (EU), which for years has been a major factor limiting Israel's freedom of action, currently finds itself in a weaker position as it is reeling from the coronavirus pandemic and the related economic fallout. There are additionally a growing number of EU states which are taking positions that are more favorable towards Israel. This was recently marked by the unprecedented resolution adopted by the EU parliament condemning hate speech in Palestinian textbooks.

d. The Arab world, including the Palestinian entity, is divided perhaps now more than ever, as it is engulfed in seemingly endless internal violent conflicts, and its revenues from oil are sharply decreasing.

Israel is certainly aware that these favorable circumstances will not be indefinite and are not without vulnerability. In November 2020, Trump will be facing a major challenge in the coming election. Though Trump’s approval rating has remained relatively stable, nobody can guarantee his victory over the highly experienced former Vice President Joe Biden. Though known as being highly sympathetic towards Israel, Biden will be very much influenced by the growing anti-Israeli posture of certain strong elements within the Democratic Party. If this happens, then Israel's freedom of action will dramatically decrease.

In addition, nobody knows for how long the national unity government in Israel will survive. Netanyahu’s trial for corruption begins next week while major internal economic and social issues divide the parties that compose the present unity government. These controversies might bring a sudden downfall of the present government.

Regarding Iran, it is important to note that the regime in Tehran is under significant stress due to sanctions, an economic crisis, and the coronavirus pandemic. This has led to what appears to be a major strategic success for Israel. According to outgoing Israeli Defense Minister Naftali Bennet, “Iran is significantly reducing the scope of its forces in Syria and even evacuating a number of bases.” Bennet added, “Though Iran has begun the withdrawal process from Syria, we need to complete the work. It’s in reach.” The fact that Israel has managed to force an Iranian withdrawal from Syria while having avoided any direct confrontation with Syria, Russia, or Iran, is a major breakthrough and a successful result of the policy Netanyahu has been carrying out over the past years with the support of the United States.

Over the past several years, Israel has carried out extensive airstrikes on Iranian targets and weapons shipments in Syria as Iran has sought to entrench itself on Israel’s northern border. Recently, Israel seems determined to signal to Iran that it will no longer confine its attacks to Iranian targets in Syria. Rather, Israel will hit Iran on its own soil when necessary. Indeed, it was recently revealed that a major Israeli cyberattack targeting the Shahid Rajaee port terminal in Iran’s largest port city of Bandar Abbas caused complete disarray, managing to bring the bustling port to a standstill.

Riding on its major success in compelling Iran to withdraw from Syria, Israel feels that in the coming months, it has a distinctive window of opportunity to dramatically enhance the pressure on Iran in order to force it into accepting the conditions of Israel and the United States with regard to the Iranian nuclear program. This has certainly been discussed between Pompeo and Netanyahu.

The other subject that is certainly of high priority on Israel’s agenda is the prospect of a preemptive strike against Hizballah’s rocket and missile caches in Lebanon. It is estimated that there are approximately 130,000 rockets and missiles in Lebanon capable of hitting almost any point in Israel. Since the 2006 Lebanon War, Hezbollah has refrained from using this strategic threat against Israel. However, Israel cannot rule out the possibility that local clashes between Israel and Hezbollah could develop even unintentionally into a major conflict in which Hizballah will utilize these capabilities.

Lastly, the present circumstances give Israel a unique and unprecedented opportunity to formulate its permanent borders. Following the recognition of Jerusalem as the capital of Israel and Israel’s sovereignty over the Golan Heights, Israel is now given an illuminating green light to annex major parts of the West Bank, in particular the Jordan Valley, into its territory. The threats of Palestinian President Mahmoud Abbas to end security cooperation with Israel and warnings against annexation by Jordan’s King Abdullah II for the time being do not appear to be of much deterrence against Israel’s current leadership in this regard. The solid support of the United States and the apparent weakness of the EU and the Arab world more or less ensures that no effective factor will pose a significant challenge to such an Israeli move.

All in all, Israel is currently enjoying a period of unprecedented strategic freedom of action. An Israeli unity government, a weak Europe, and very strong ties with the United States means that Israel has options open to it now that it may not have again in the foreseeable future, but time is running short.