Will Saudi Arabia Pay a Price for Its Oil Cuts? 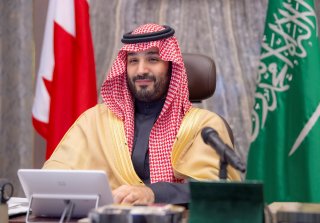 With OPEC+’s unprecedented oil production cut last week, any hopes that President Joe Biden’s trip to the Gulf would win the United States favors were laid to rest. More importantly, however, the Saudi and Russian-led cartel’s decision to raise oil prices may mark a turning point between the Gulf and Washington.​​

The refusal of Saudi Arabia and the United Arab Emirates (UAE) to increase their oil production should hardly be a surprise. Although a supposed “oil for security” bargain is often said to be at the heart of U.S.-Gulf ties, Saudi Arabia and the UAE’s energy policies have always put their interests first. Indeed, Riyadh and Abu Dhabi made it clear in the months before Biden’s Gulf tour that their production decisions would be driven by profits, not by their pursuit of American concessions or their desire to help the West isolate Russia. From the Saudi and Emirati perspectives, they have been asked to cut into their booming profits and turn against Russia, an increasingly close partner, to bail out a U.S. administration they see as hostile and unreliable. A looming recession that will drive down oil prices, both countries’ desires to fill their coffers ahead of the global transition away from fossil fuels, and their almost non-existent spare production capacity have made this an even harder sell.

Refusing to pump more oil is one thing, but coordinating with Moscow on a record-setting output cut is another. With current oil prices far higher than the past decade’s average, Saudi Arabia and Russia, with the hesitant backing of the UAE, orchestrated a two million barrel per day reduction to reassert control over the global market and counter U.S.-led efforts to keep prices down. A frantic White House lobbying campaign failed to stop this dramatic move, which the Financial Times described as the first salvo in a “new oil war” against the United States that is poised to “upend the world’s energy order.” Yet the production cut’s significance goes far beyond the immediate economic impact. The coordinated effort to prop up prices—which Gulf producers knew full well would harm their long-time security patron and help sustain Russia’s war effort in Ukraine—suggests Riyadh and Abu Dhabi have made up their minds about their future geopolitical trajectory. After expanding ties with China and Russia in recent years to hedge against a U.S. “pivot” away from the region, Saudi Arabia and the UAE have decided that their relationships with Washington are worth less than they used to be. They will prioritize relations with other powers without hesitating to buck the United States when it suits them.

The massive scale of the cut—and, more importantly, the broader message it sent—immediately led to unprecedented outrage among Congressional Democrats. As most Democrats on Capitol Hill see it, the cut, made amid the most significant energy crisis in decades and just months after Biden’s meeting with Crown Prince Mohammed bin Salman (MBS) and mere weeks before the U.S. midterm elections, is nothing less than a betrayal. This is hardly the first time that America’s Gulf partners have come under significant pressure from lawmakers, but the uproar is different this time. After years of criticism largely being confined to human rights concerns, a growing contingent in Congress is now questioning U.S. ties with Saudi Arabia and the UAE on strategic grounds.

Amid this shift, the Democrats, including many who haven’t taken a particularly hard line in the past, have demanded an overhaul of U.S. policy in the Gulf, just as Biden himself promised as a candidate. With harsh retaliatory measures being entertained by some of the most powerful players on Capitol Hill, the fallout may not be limited to fiery statements. Rep. Tom Malinowski (D-NJ), who in July vocally defended Biden’s Gulf tour as a necessity, quickly introduced legislation to remove all U.S. forces and military assets from Saudi Arabia and the UAE, a move that has been endorsed by a host of lawmakers. Likewise, Sen. Chris Murphy (D-CT) has called on the Biden administration to transfer U.S. missile defense systems from Saudi Arabia to Ukraine. Sen. Richard Blumenthal (D-CT) and Rep. Ro Khanna (D-CA) announced legislation to halt all arms sales to Saudi Arabia for one year. Moreover, there is burgeoning support for the so-called NOPEC bill, which would aggressively target OPEC for antitrust violations. Such bills will face an uphill battle in a divided Congress, but it is clear that the OPEC+ cut could be a watershed moment for many in Washington.

For its part, the Biden administration has suggested that “all options [are] on the table,” including lifting sanctions on Venezuela to boost oil supplies and supporting Congressional efforts to crack down on OPEC and freeze arms sales to Saudi Arabia.

Yet the problem facing the White House is that its push to mend ties with Saudi Arabia was not, as many had assumed, just motivated by immediate energy concerns. In fact, U.S. officials recognized that the president’s July visit was unlikely to secure substantial oil concessions, arguing instead that with U.S.-Gulf ties on the brink, Beijing and Moscow making inroads in the region, and nuclear talks with Iran stalled, Biden had no choice but to recommit to the region. Indeed, Biden was eventually convinced that the United States could not tolerate a Gulf shift toward U.S. adversaries in the new world birthed by Russian president Vladimir Putin’s war.

Thus, during his July trip to Jeddah, Saudi Arabia, Biden reassured a summit of Arab leaders that “the United States is not going anywhere” and will not “walk away and leave a vacuum to be filled by China, Russia, or Iran.” Rather than merely focusing on bringing down gas prices, Biden’s visit sought to fully “reset” ties with Saudi Arabia and lay the foundation for a new architecture in the Middle East under the banner of “regional integration.”

Seizing on the Abraham Accords model and the shared threat of Iran, the United States is also aiming to forge an integrated Arab-Israeli air defense alliance, which would use U.S. and Israeli technology and intelligence sharing to counter Iranian drones and missiles. Recent developments have put this long-held American goal within reach, and the Biden administration, U.S. Central Command, and Congress have made solidifying the nascent Arab-Israeli coalition a top priority. Israel claimed this summer that a U.S.-led “Middle East Air Defense Alliance” (MEAD) is already active, with the Emiratis and Saudis reportedly involved in talks, and NBC reported in September that U.S. Central Command plans to open a new facility in Saudi Arabia to “develop and test integrated air and missile defense capabilities.” Indeed, the recently released 2022 National Security Strategy identifies such an alliance as a long-term objective for U.S. policy in the Middle East.

For all its frustration about the OPEC+ cut, the Biden administration may not be willing to walk away from its larger vision for a U.S.-led Arab-Israeli bloc. While the United States withdrew from an upcoming meeting on integrated air and missile defense in Riyadh, the administration has shot down calls for a broader reconsideration of the initiative. National Security Council communications coordinator John Kirby said on Tuesday that “nothing has changed about our belief that integrated air and missile defense network” is in the U.S. interest, and a State Department official added that the United States has “no plans” to cut off military support for Saudi Arabia and the UAE. For U.S. officials, the risks of Beijing and Moscow supplanting America’s position in the region are too great to consider dialing down U.S. military assistance or air defense coordination. Air defense integration might have merit if it can facilitate a U.S. military drawdown, but as Gulf leaders well know, America’s competitors have neither the desire nor the ability to take on Washington’s role or militarily dominate the region.

While the tenor of Congress’ response seems different this time, Congressional outrage and even legislation have often failed to result in meaningful changes to U.S. assistance for its Gulf clients, particularly when the White House isn’t on board. As the Biden administration crafts its response, it would be wise to remember that it was not former President Donald Trump’s deference to Riyadh but his threat to withdraw U.S. forces from the kingdom that convinced the Saudis to cut oil production when demand plummeted at the onset of the Covid-19 pandemic. If nothing else, this saga has underscored that unwavering support won't win the United States any leverage over its Gulf security dependents, especially as both sides’ interests increasingly diverge.

Will A. Smith is the Assistant Managing Editor of the National Interest.