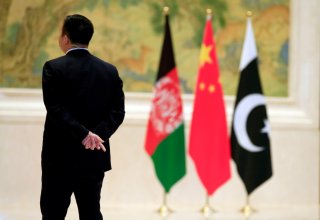 President Joe Biden remains the consummate senator: He gauges which way the wind is blowing and pivots accordingly. That might be a good survival skill for a legislator, but it neither makes for a good leader nor does it serve American national security. Consider, for example, Biden’s opposition to “forever wars.” While that might poll well to his political base, the difference between a “forever war” and traditional containment and deterrence is just semantic.

In both Iraq and Afghanistan, America’s primary mistake was neither presence nor democracy, but rather the misguided attempt to nation-build. Flooding countries with cash fuels corruption, not stability. In both cases, the withdrawal of a relatively small number of troops after the end of major combat created a vacuum in which extremists thrived. The current Taliban offensive was not inevitable; had American forces still been in place, the Taliban would not have overrun the provincial capitals nor captured Kabul.

The price of a long-term deterrent deployment in Afghanistan is not much more than that which secures the American presence in Japan and Korea. The cost of restoring order should adversaries overrun allies, however, is far greater than maintaining a residual force. The battle against the Islamic State is a case in point.

Biden may look at Afghanistan in isolation, but the reverberations of his current policy will extend far beyond its borders. As the Taliban’s chief patron, Pakistan will dominate Afghanistan. While Pakistan’s intelligence services support the Taliban for tactical reasons, the Taliban may not be so easily controlled. Every country that has sought to leverage radical Islamism for export only has ultimately suffered blowback. Expect trouble an already unstable and failing Pakistan.

Biden may hope regional states will step up to stabilize Afghanistan, but his actions undercut them. China has transformed Pakistan into a vassal state, and so a Taliban emirate simply becomes a Chinese vassal once removed. While Biden’s team says they recognize the China threat, Biden essentially has allowed China to extend its influence to Iran’s borders and cut-off India and the United States from Central Asia.

The White House may deflect blame onto Afghanistan’s elected leaders but, Democratic or Republican, it is always dangerous when Washington believes its own spin. The broader ramifications from Biden’s will not be felt for years. When Ronald Reagan ordered U.S. Marines to withdraw from Lebanon, he had no idea that his actions would embolden Somali warlords or a then-unknown Osama bin Laden to believe they could target American troops or even the U.S. homeland with impunity.

Biden can congratulate himself on a campaign promise fulfilled. His supporters among the public and press might amplify his spin, but the adulation he seeks now will in the years to come seem petty and superficial as future leaders work to undo the damage Biden has done to America’s national security and position in the world.