Is Yemen’s Ceasefire for Real? 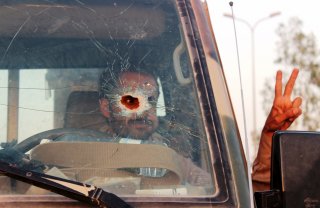 Saudi Arabia has announced a unilateral two-week ceasefire in Yemen. Unfortunately, it is unlikely to succeed; even if the Saudis maintain the ceasefire and eventually withdraw their forces, Yemen’s civil war will continue. The ceasefire does seem to indicate, however, that Saudi Arabia is ready to end its involvement in the war. Crown Prince Mohammad bin Salman has needed a way to exit Yemen without admitting defeat, and COVID-19 may provide a sufficient excuse.

While welcomed, an end to Saudi hostilities will not end the violence in Yemen. The domestic warring factions have incompatible agendas: the Houthis’ stated goals change, but at a minimum they wish to be part of a governing coalition and would likely demand control of the north, including the capital Sana’a; the UAE-backed Southern Transitional Council (STC), pushes for an independent South Yemen; and forces loyal to the Saudi-backed government of President Abdrabbuh Mansur Hadi wish to see him reinstated as president of a unified Yemen. Achieving a ceasefire between them will be more difficult than convincing the Saudis to withdraw from a losing battle. For President Hadi’s supporters, and for many Yemenis brutalized by the Houthis, a lasting ceasefire would require the group to give up their weapons and face justice for the many atrocities they committed, including more than 2000 civilian casualties. Yet President Hadi’s supporters have a weak position, especially with the potential Saudi exit.

Meanwhile, the Houthis have the upper hand. They have consolidated their military position in recent weeks, gaining territory in the Al Jawf and Marib provinces in northern Yemen. Marib was the last stronghold of the once-powerful Islamist party Islah, and other forces loyal to President Hadi. The Houthis recently recaptured a strategic military camp from Saudi-allied forces on the border. The Houthis may have undertaken more aggressive military action in order to obtain a better position for the process of political settlement that would follow a successful ceasefire, while the Saudis may have decided to implement a ceasefire before the Houthis further advanced on their positions. However the terms of the current ceasefire could be insufficient for the Houthis: in their own plan for how to end hostilities in Yemen, released hours before the Saudi ceasefire, a core demand is an end to the blockade.

According to Kate Kizer, Policy Director at Win Without War, the U.S. should support the ceasefire by calling for the Houthis, the STC, and the Hadi government to also immediately suspend hostilities while urging the Saudis to extend the ceasefire beyond two weeks: “the U.S. must show its support for Saudi-Houthi and intra-Yemeni negotiations to reach an inclusive, lasting political settlement to the conflict.” Unfortunately, the internal warring parties in Yemen may have not yet reached a point where a ceasefire is likely to hold. But it is possible that the Saudis finally have.

An optimistic assessment would interpret the ceasefire as likely to succeed because Saudi Arabia lacks the resources and the bandwidth to keep up military actions against the Houthis in Yemen. Staff of the British defense company BAE Systems, who had been maintaining British-made bombers used by the Saudis, abruptly departed the Saudi Air Operations Center in Riyadh due to COVID-19 concerns, drastically reducing Saudi Arabia’s capacity to make bombing runs.

Moreover, coronavirus is increasingly a problem inside Saudi Arabia. Cases of COVID-19 are on the rise, including among the royal family, despite the government’s early efforts to prevent the virus from entering the kingdom. Ramadan begins in late April, and hajj will take place in late July. It is not yet clear how Saudi Arabia will manage the millions of pilgrims planning to travel to Mecca and Medina: suspending the pilgrimage would be an unprecedented move, likely prompting anger from Muslims around the world at Saudi Arabia unilaterally denying access to Islam’s holiest sites.

The Saudi government is also navigating an oil price war with Russia. Saudi Arabia’s decision to ramp up production damaged American oil producers, and thereby harming the U.S.-Saudi relationship. Donald Trump demanded the Saudis and Russians cut production, and they appeared to have reached an agreement to limit oil production on April 9. While the price of oil rose in response, it remains low. Weak oil prices undermine the fulfillment of MBS’ Vision 2030. Having already raised Saudi citizens’ expectations for his proposed transformation of the country’s economy and society, low oil prices exacerbated by the coronavirus pandemic hurt the chances of realizing his ambitious goals. Between the COVID-19 crisis and the low price of oil, shoveling money and soldiers into a losing war in Yemen may have finally become too costly.

Alternatively, Saudi Arabia may not intend for the ceasefire to last. A cynical interpretation would view the ceasefire as a PR move: Saudi Arabia is trying to take the moral high ground. Then if the Houthis reinitiate hostilities, which is not unlikely, the Saudis can portray the Houthis as solely responsible for the crisis in Yemen. Just after the ceasefire was announced, the Houthis targeted Saudi forces in southern Yemen with missile strikes, and the Saudi government may be counting on their continued belligerence.

Saudi Arabia has undertaken other public relations campaigns to polish its tarnished reputation, mainly in the direction of Crown Prince Mohammad bin Salman: initiatives like allowing women to drive and permitting cinemas to open helped to combat the image of Saudi Arabia as misogynistic and backward. With the war on Yemen continuing to generate horrific photos of starving children and school buses obliterated by US-made Saudi bombs, MBS may have decided that a unilateral ceasefire would help to counteract the image of Saudi Arabia waging war on its impoverished southern neighbor. MBS knows that previous ceasefires –  including in December 2015, December 2018, and September 2019 – did not last, typically as a result of Houthi aggression. If the Houthis violate this ceasefire, Saudi Arabia can claim that they want the war to end, but the Houthis give them no choice but to continue fighting.

The explanation that the ceasefire is partly due to concerns about COVID-19 could relate to Saudi Arabia’s current efforts to frame itself as a global leader in responding to the coronavirus. Saudi Arabia holds the yearlong presidency of the G20 and is scheduled to host the annual G20 summit in November –  although it is not yet clear how the global pandemic will affect the event –  and on March 26 King Salman coordinated a virtual G20 meeting on how to respond to COVID-19. Saudi Arabia was one of the first countries to suspend international travel. A cynic would view the COVID-19 justification as an example of Saudi Arabia trying to use the global health crisis to exhibit leadership.

No cases of COVID-19 have yet been reported in Yemen. However, the virus is likely present in the country, despite officials’ efforts to pretend otherwise. At a webinar on Yemen hosted by the Middle East Institute on March 25, experts agreed that there are cases of COVID-19 but they are not yet being recorded. Given the widespread outbreak of coronavirus in Saudi Arabia, the Saudis may also suspect that the official report of zero cases in Yemen is unlikely. The prospect of an even more horrific humanitarian crisis in Yemen may have prompted Saudi Arabia to distance itself from the situation.

While any effort to reduce violence in Yemen should be applauded, and the Saudis’ unilateral ceasefire is a welcome development, the war never should have begun in the first place. Saudi Arabia’s involvement in Yemen’s civil war internationalized what was hitherto primarily a domestic conflict.

Significant fault for the humanitarian catastrophe in Yemen lies with the United States. Justifications for U.S. involvement assert that American assistance helped the Saudis undertake more precise attacks – yet the more 8000 Yemeni civilians killed by coalition airstrikes would beg to differ. The U.S. blindly followed Saudi Arabia into this war, adhering to the Washington mantra that “America must stand by its allies.” Yet an alliance should not require the United States to dispense with its own geopolitical cost-benefit analysis. Unquestioning support for Saudi Arabia’s policies has harmed U.S. interests and reduced America’s leverage over Riyadh. Trump can correct that mistake now by pressing Saudi Arabia to turn the ceasefire into a complete cessation of violence – regardless of the spread of COVID-19 or the outcome of oil negotiations with Moscow.

Annelle Sheline is a research fellow at the Quincy Institute for Responsible Statecraft. You can follow her on Twitter at @AnnelleSheline.