Is America Losing Its Grip on the Rule of Law? 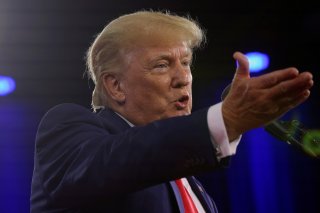 The nation already had ample indications, before this past week, that American democracy is in danger. Donald Trump and his followers tried to overturn one presidential election and have not given up using lies to prepare to reject the results of future elections. What the circumstances necessitating the search and resulting seizure of documents from Trump’s Florida residence demonstrate is that the nation also is in danger of seriously diminishing the rule of law and surrendering its fate to those who don’t care about the nation’s security.

That boxes of classified documents were sitting at Trump’s Palm Beach club was not some administrative error. The exact subjects of the documents have not been revealed, but this is a major security breach on multiple levels. Possible direct access to the documents themselves by hostile powers is one problem. Not only Trump himself but anyone who had access to any of the document stash is ipso facto a target for recruitment by hostile services. The damage extends to the lesser willingness of foreign states to share sensitive information with the United States when it sees that this is how the country keeps its secrets—a problem that Trump had already significantly worsened through his careless handling of such information when in office.

Why Trump retained the documents can only be a matter of speculation, especially until and unless more of the subject matter in them leaks out. Maybe he had no purpose in mind other than to show his contempt for anyone or any institution that tries to control his conduct, or to express a kind of l’etat-c’est-moi possessiveness. The reportedly chaotic manner in which the material was packed suggests that might be the case.

If he did have more specific purposes, here’s one speculation. Trump may have wanted material that he could leak selectively to undermine the policies of the Biden administration or any future U.S. administration. Doing so would be a follow-on to some of his own policies while in power, such as on Iran and Israel/Palestine, that were aimed not at advancing U.S. interests but instead at tying the hands of his successor.

Regardless of what Trump may have had in mind, the offense concerning the documents is significant. Not as serious as his most grievous offense against the nation, which was the sedition involved in trying to overturn an election and which should take priority in holding him accountable, but still serious enough to require accountability in its own right.

More alarming than any direct damage from the security breach is what the boxes of documents in Palm Beach show about the willingness of Trump, still with a substantial national following, to tear down the rule of law and national security protections along with it. The story of the purloined documents began months ago. Trump resisted returning them even after being well aware that what he was doing was illegal. He returned some documents, but he or his representatives lied about whether that was all of them. The Department of Justice asked, negotiated, subpoenaed, and tried other means to get compliance with the law. It was only when those means did not work that they had to resort to the search and seizure.

None of this may be surprising with Trump, given his past conduct and the priorities he has exhibited. Skirting the law has been part of his business practices. When in office he exhibited contempt for U.S. agencies that work on national security, for the people who work in those agencies, and for their judgments and products. The only thing that appeared to matter to Trump was loyalty to himself. He liked to surround himself with generals but wished they could be more like the generals who had served Adolf Hitler.

Inflammatory and irresponsible comments, coming even from the congressional leadership of one of the two major parties, assailing the FBI and Department of Justice already have spawned one violent attack on an FBI office and are likely to inspire additional violence. None of this rhetoric has been able to cite any evidence that there was anything improper in how the FBI or Justice Department has handled this case. The haul of classified material is itself the most conclusive indication that the search and seizure were necessary and that the search and the warrant authorizing it were aimed accurately and appropriately. The bureau and the department deserve praise for upholding the principle that no one is above the law, even when the upholding may be politically uncomfortable.

Those who have rushed to excuse Trump’s conduct think in highly partisan terms, but there is far more at stake here than just defeating Democrats and holding on to a legislative seat. History provides lessons from overseas about how nations following demagogues can be led to disaster. Republicans, Democrats, and independents alike ought to be very scared of any indication—and this latest offense by an ex-president, and the excuses made for him, is one such indication—that this nation is losing a grip on the rule of law and on the priority that needs to be given to the nation’s security.