Are the Geopolitics of the Middle East Changing? 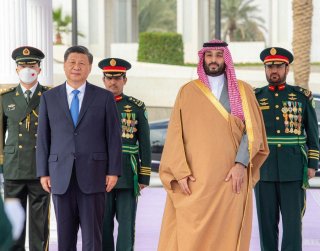 Several developments in recent months have raised questions about whether the Middle East is undergoing a sea change in patterns of cooperation and conflict among states in the region and with outside powers. Chief among these was the visit of Chinese president Xi Jinping to Saudi Arabia and his meetings there with Arab leaders. Especially noticed was a joint statement by China and the Gulf Cooperation Council (GCC) states that many interpreted as evidence of China taking the side of the United Arab Emirates in its dispute with Iran over the possession of some small islands in the Persian Gulf.

Meanwhile, an apparent deepening of ties between Russia and Iran has featured a partial reversal of the normal flow of arms in Russia’s relationships, with Iranian-made drones having become part of Russia’s aerial assault on Ukraine. Israel is installing its most extreme right-wing government ever, raising questions about the future of Israel’s upgraded relations with some Arab states, but without visible effects on those relations so far. And a soccer tournament in Qatar got the attention not only of sports fans but of observers of the political sideshow and its possible implications regarding relations between Gulf Arab states and others.

Part of the backdrop for all the above is the much-invoked but never really accomplished U.S. “pivot” of attention away from the Middle East and toward East Asia. Another part is the moribund state of diplomacy concerning the restoration of the Joint Comprehensive Plan of Action (JCPOA), otherwise known as the Iran nuclear deal.

The tendency to overinterpret recent events is universal. The tendency arises partly from what psychologists call the recency effect. It also arises from commentators needing to comment on something, and items in the news giving them hooks on which to do so. In this case, overinterpretation of those items can lead to questionable assertions about how China supposedly is taking sides in a Middle East rivalry, Russian-Iranian relations are becoming a deep strategic alliance, Israeli-Arab relations will continue to develop swimmingly, and the United States is the biggest loser in much of this.

Any hypothesis about a major realignment in the region being in progress quickly runs into inconsistencies—like a mistaken move in solving a tangram puzzle, in which an apparent fit on one part of the playing surface leads to a lack of fit in another part. For example, a vision of an alignment in which an Israeli-GCC camp faces off against a Russian-Iranian camp must still explain a strong Israeli desire to maintain good relations with Russia. That desire is motivated chiefly by Israel wanting to continue to attack targets in Syria with impunity, and it underlies Israeli reluctance to provide any significant support to embattled Ukraine.

Short-term considerations, events outside the region, and sometimes domestic political considerations have been playing at least as much of a role in news coming out of the Middle East as anything that could be described as a fundamental revision of the region’s geopolitics. Xi’s visit to Saudi Arabia was part of an effort by China to deepen relations with the Gulf Arabs, but it also was a welcome opportunity for the Chinese president—who had been China-bound for most of the Covid pandemic—to display statesmanship abroad amid the Covid-related protests and problems back home.

That Chinese-GCC statement was, on the face of it, mild and impartial regarding the Persian Gulf islands, saying only that the dispute should be settled through bilateral negotiations in accordance with international law. Iran objected to the statement because, like many other countries in control of a disputed territory, it claims as a matter of propaganda that there is no dispute and the islands are rightfully Iran’s. There is every reason to believe that China still wants extensive relations with both sides of the Persian Gulf. Iran has been a major supplier of oil to China and importer of manufactured Chinese goods. It was just last year that China and Iran signed a twenty-five-year “strategic agreement.”

For Russia, almost everything these days revolves around its war in Ukraine, and the war will not last forever. The shape of its relations with Iran, including the purchase of those drones, is currently an epiphenomenon of Russia’s effort to rescue its ill-fated military campaign and not of any strategic rethinking of Moscow’s policy toward the Middle East. The Russian-Iranian relationship always has been a complex mixture of conflict and cooperation and is likely to remain so.

As for the JCPOA, nuclear nonproliferation, and related U.S. diplomacy, here is where short-term moves and domestic politics have been the main influences. None of what is happening today on the Iranian nuclear front—which is approaching a proliferation crisis—would be happening if Donald Trump, determined to undo anything significant that Barack Obama had done, had not reneged on the agreement in 2018.

The overall geopolitics of the Middle East have not changed appreciably during the last several years and are not poised to change fundamentally in the months ahead. The regional picture features rivalries that are partly based on ethnic and religious divisions but also reflect the sometimes destabilizing ambitions of individual leaders (such as Saudi ruler Mohammed bin Salman) or past conflicts (such as the Iranian-Syrian alliance that is partly a legacy of each side’s earlier rivalries with the Iraqi regime of Saddam Hussein).

There continue to be significant disconnects between rulers and people who are being ruled. Recent popular protests in Iran have gotten the most headlines in this regard, but such disconnects exist on the other side of the Persian Gulf too, such as between the Sunni regime and subjugated Shia majority in Bahrain, with other authoritarian Gulf Arab states either turning a blind eye to the subjugation or taking forceful actions to maintain it.

Then there is the unresolved Israeli-Palestinian conflict. Despite the best Israeli efforts to push that conflict out of the consciousness of the world (with the cooperation, suitably incentivized, of some of the Gulf Arab regimes), the popular resonance of that issue continues. The strong expressions at the World Cup tournament of solidarity with the Palestinians provided recent evidence of this.

The picture of involvement by outside powers also is not fundamentally changed. Russia, despite the sanctions and opprobrium associated with its aggression against Ukraine, continues to demonstrate proficiency in working all sides of Middle Eastern conflicts, from Israel to Iran and much that is in between. Xi’s recent trip is part of China’s effort to emulate the Russians with an all-azimuths foreign policy in the Middle East. Turkey is another active outside power, although its policy is constrained by not being entirely on the outside and having special concerns about Kurdish activity in Syria and Iraq, as well as by ideological considerations related to the ruling party’s connections to the Muslim Brotherhood.

The United States has been, and continues to be, probably the most self-constrained outside power in its dealings with the region. The self-constraint is related to domestic politics and the legacy of past conflicts, and is manifested especially in unqualified support to Israel and unqualified hostility toward Iran.

Prudent U.S. policy toward the Middle East in the months and years ahead need not be based on projections about changing geopolitics in the region. It instead can entail implementation of lessons that could have been learned years ago. One of those lessons is that to broaden U.S. influence, the United States should emulate the Russians (and now the Chinese) in doing business with everyone rather than viewing the Middle East as rigidly divided into friends and foes. Another lesson is that while there are good reasons for the United States to stay engaged in the region, that engagement need not take the heavily militarized forms that have entailed huge resource drains and the kind of setbacks that have left people longing for a “pivot” out of the place. The Chinese are not coupling their active and wide-ranging diplomacy with an assumption of heavy security burdens in the Middle East, and neither should the United States.