Brexit and the Transnational Triumph of Ignorance 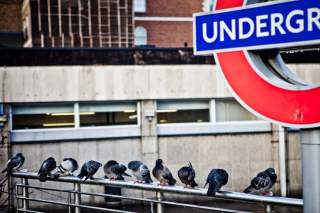 Some explanations for the outcome of the British vote to leave the European Union are specific to Britain. This includes the divisions within the governing Conservative Party over EU membership (divisions that led Prime Minister David Cameron to conceive of the referendum in the first place) and the lackluster defense of membership by the leader of the opposition. Other reasons, on which much of the immediate post-referendum commentary has focused, go far beyond Britain. The Brexit vote was partly an expression of nationalism that has become so strong a tendency in the politics of so many nations that it can be considered the prime defining characteristic of the current era. It also was an expression of xenophobia that is shaping much of the politics of the very European continent from which the Brexiteers want to separate themselves and has become a major part of the U.S. presidential campaign in the form of Donald Trump's candidacy.

The vote exhibits something else that transcends Britain: most of those who voted for Brexit were voting against their own interests, certainly as defined by whatever affects their economic well-being. The economic case for remaining in the EU was strong to overwhelming. The issue was not one on which honest and competent economists split evenly, or anything close to evenly. The reaction of financial markets, including in Britain, to the vote was a resounding affirmation of which side had the stronger economic case. Assertions by Brexiteers that most of the benefits of accessing the European market could be secured without the costs and burdens of membership are belied by the experience of non-members such as Norway and by analysis of what will be the EU's interests and motives in negotiating economic agreements with a non-member Britain. And the portions of the British electorate that voted most heavily in favor of leaving, including many of the less well educated and less well off, will feel some of the worst effects of non-membership. One of the first attention-getting voting results Thursday night came from Sunderland in what turned out to be a heavily pro-Brexit English northeast, notwithstanding that one of its biggest employers is a Nissan automobile factory that was built there because of its access to the EU market.

Going against one's own interests in this way can be explained, and has been explained, as a protest vote: an expression of anger and a use of the heart more than the head. It can be anger about one's own economic situation, or about faceless bureaucrats in Brussels, or about strange-looking immigrants, or something else, and the anger can be translated directly into a vote without an intermediary step of applying reason regarding what electoral outcome would best serve one's own interest. Certainly many of the votes cast in Britain on Thursday can be described as this kind of emotional, unthinking act.

Another kind of protest vote involves somewhat more calculation, but a calculation about the outcome of the vote. The prevailing expectation on the eve of the vote, as reflected in the odds set by British bookies, was that Remain would prevail over Leave, and some voters thought they could make a protest gesture by voting to leave without their vote making any difference in the outcome. The actual outcome is a severe lesson in the danger of using one's vote this way. Supporters of Bernie Sanders who are contemplating sending some sort of message by voting for Donald Trump should take careful notice.

But beyond these categories of voters is another reason many people vote against their own interests; they are simply mistaken about which outcomes would help and which would hurt those interests. Many British voters genuinely believed that erecting higher barriers to the cross-border movement of people, goods, and capital would make them better off than the alternative. The situations of some of those people made them correct, but most such people were mistaken. We see the same phenomenon all the time in the United States, in the form of working class people voting for politicians who enact policies that favor the one percent and disfavor the working class. Simply put, people are ignorant. The ignorance is underscored in Britain by lots of people scrambling after the vote to learn what this European Union business is all about. It is underscored in the United States by Trump declaring after one of his primary election victories, “I love the poorly educated.”

Venturing into this subject risks getting one branded as elitist. Much interpretation of the vote in Britain has been phrased in populism-vs.-elites terms. But at the level of the individual voter and his or her interests, this is a mistaken conception. The ignorance that causes many people to vote contrary to their interests is not all spontaneously generated. Much of it is nurtured by elites for their own purposes. The contest is more one of elites versus other elites. In Britain, Boris Johnson, by championing the Brexit cause, now is in good position to replace his fellow Etonian Cameron as prime minister. In the United States, politicians stoke economic discontent, security fears, and urges over social issues to win votes from the hoi polloi while enacting economic policies that are more in the interests of elites who finance their campaigns. And currently it is the maybe-billionaire Trump who is riding a similar formula to a presidential nomination.

There is no ready way to overcome self-damaging ignorance within the electorate. Many problems are involved besides the impossibility of making masses of ignorant people smart quickly. In the United States, the mess that constitutes campaign finance law in the post-Citizens United era is one of the bigger problems. Vigorous efforts to make politicians accountable to the truth certainly help but can only go so far. Trump, for example, has overloaded the circuits of fact-checkers by unashamedly telling one whopper after another. And the cultivation of damaging ignorance is not simply a matter of factual truth and individual falsehoods.

It is at least as much a matter of insufficient respect for knowledge and for expertise based on knowledge. Knowledge and expertise in this context are not to be confused with Straussian claims by an elite to having special insight into what is good for a nation or for mankind. Rather, it is knowledge comparable to what is contained in the strong judgment of economists about the consequences of Brexit, or what the overwhelming majority of climate scientists say about human-induced global warming—and to which the only dissenters are elites who have a narrow interest in arguing otherwise, or masses whose ignorance has been encouraged by those elites.

Image: Pigeons near a London Underground sign. Photo by _dChris, CC BY 2.0.