The Erosion of Democracy Is Contagious 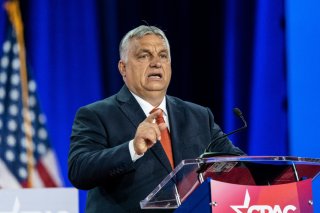 A leading U.S. role in nurturing democracy worldwide can operate in either or both of two ways. One is by reaching out, using any of several foreign policy tools, to shape events in a foreign country in a pro-democratic direction. The American policy context for such efforts has ranged from the human rights agenda of Jimmy Carter to the more militant democracy-spreading objectives of the neoconservatives.

The reaching out can include persuasion of governmental leaders through diplomacy, and the use of economic carrots and sticks such as aid and sanctions to reward moves toward democracy and to punish backsliding toward authoritarianism. The work of two organizations associated with U.S. political parties—the International Republican Institute and the National Democratic Institute—such as the teaching of political skills to potential candidates in free elections, also represents an active U.S. effort to promote democracy abroad.

The other fundamental way in which the United States can affect the strength or weakness of democracy in other countries is by setting an example. The concept goes back to John Winthrop’s metaphor of a shining city on a hill, which in modern times Ronald Reagan resurrected. Some analysts argue this is the more effective way in which the United States can affect the prospects for democracy in other countries. As a superpower, any example the United States sets—intentionally or unintentionally, for better or for worse—is bound to be powerful. And being an exemplar on a hilltop avoids possible backlash from those who might see more active democracy-promotion activities as meddling or interference in another country’s internal affairs.

Today, the main story about democracy worldwide is not its advance but rather its decline. Much of the analysis of the reasons for this decline focuses on conditions and developments within the individual countries where democracy is most under attack. But as with an advance of democracy, the erosion of it involves influences that cross international boundaries. Again, the United States is a major player in the process. And again, influence gets exerted both through direct action and through example.

The attack on government offices in the capital of Brazil by supporters of former president Jair Bolsonaro earlier this month was a violent demonstration of the example effect. The attack copycatted the assault on the U.S. Capitol two years earlier by supporters of Donald Trump, even down to some of the costumes the rioters favored. Both attacks were efforts by backers of a defeated demagogue, who preached a right-wing faux-populist message, to overturn the result of a free election. Bolsonaro himself—the “Trump of the tropics”—emulated the former American president, especially with his fraudulent claims of election fraud.

Direct transnational action also has been part of a global democratic decline, and again the MAGA portion of American politics has been involved in the action. Bolsonaro and Trump were both part of a larger surge in ethnic nationalist regimes, parties, and movements that appeal to xenophobia, present themselves as populists, and has included, for example, the National Rally party in France. Even though such movements ostensibly are anti-internationalist, the assistance across international boundaries and the cross-fertilization among the groups has been substantial. Trump’s former chief political strategist, Steve Bannon, has been a leader in organizing institutionalized cooperation—in what participants simply call “The Movement”—among hard-right ethnic nationalist parties and groups, mostly in Europe.

The most conspicuous European case of sliding from democracy into authoritarianism has been the Hungarian regime of Viktor Orban. Hungary under Orban is the only member country of the European Union that the watchdog organization Freedom House does not rate as free but instead as only “partly free.” The EU has been largely powerless to do much about the Hungarian backsliding because the Law and Justice Party in Poland—its other authoritarian-tending problem regime—has blocked most action against Orban.

Orban and his Fidesz Party are part of the transnational hard-right, ethno-nationalist phenomenon, and again the American Right has played a large role. Trump and Orban endorsed each other’s election bids, and Trump granted the Hungarian prime minister a meeting at the White House in 2019—the first time Orban had received that privilege since 1998. Fox News’ Tucker Carlson did a week of shows from Hungary, and the Conservative Political Action Conference held one of its meetings there last year. Later in 2022, Orban was the featured and much-applauded speaker at a CPAC conference in Dallas, just days after he had controversially criticized “mixed-race” societies.

Recent hand-wringing by American commentators about the erosion of democracy abroad has focused especially on the newly installed extreme right-wing Israeli government of Benjamin Netanyahu. Netanyahu is part of the same hard-right ethno-nationalist international as Orban and Bannon. The concept of a regime rooted in xenophobia and unafraid to use harsh measures to cement its rule and to keep non-favored groups subjugated is the basis of the chumminess between Netanyahu and Orban, notwithstanding the anti-Semitic vibes that emanate from the latter’s regime.

A theme of the hand-wringers is a desire to maintain the extraordinary U.S.-Israeli relationship, with their fear being that Israel’s further descent into extremism will weaken political support in the United States for that relationship. Their analysis of U.S. politics is probably at least partly correct, but they overlook how the relationship itself, given its extraordinary character, has contributed to the extreme turns in Israeli politics.

Some of the moves by Netanyahu’s new government, including an attempted emasculation of the judiciary, might indeed reduce the democratic content of political processes within the dominant ethno-religious group of Israel. But even before those moves, “democracy” was not a label that could justifiably be applied to a country that denies political rights to millions of residents of the land that the country treats for other purposes as an integral part of its territory. As successive U.S. administrations have continued unqualified support for successive Israeli governments that have solidified this system of apartheid, Israeli hardliners have been encouraged to keep moving in the same direction without paying any political price.

The government that emerged from last fall’s Israeli election is just the latest, unsurprising step in this process. There is strong awareness across the Israeli political spectrum of the importance of the relationship with the United States. If the United States had managed that relationship differently, it is very likely that the most recent Israeli election, and the government to emerge from it, would have been much different from what exists today.

The United States still is the biggest single influence on democracy worldwide, both as an exemplar and through its direct actions abroad. But in both these modes, it has often become less a promoter of democracy than a danger to it. In this respect, Winthrop and Reagan have been stood on their heads, and so have Carter and the neocons.