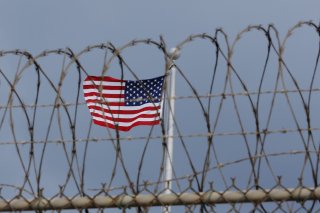 The United States has failed miserably to get its act together in disposing of the cases of men imprisoned in the detention facility at the Guantanamo Bay Naval Base in Cuba. This has been conspicuously so regarding Khalid Shaikh Mohammed (KSM), the alleged mastermind of the September 11, 2001, terrorist attacks, and four co-defendants accused of assisting that same operation.

A seemingly unending parade of delays has prevented bringing these men to trial before a military tribunal. Many of the delays have involved rotation of personnel assigned to function as prosecutors, defense attorneys, or judges. As the record of the case lengthens, it takes each new replacement more time to read in and get up to speed. Other reasons for delay have included uncertainties as to how to treat evidence of the torture that prisoners have sustained, and more recently a lengthy recess because of the Covid-19 pandemic.

It has been more than twenty years since the offenses in question, and a trial still appears to be nowhere close. Even the most optimistic current estimates see a trial starting no earlier than the middle of 2024. Such perpetual stringing out of the proceeding serves the interests of no one, including families of 9/11 victims and American citizens who just want to see justice done.

In recent weeks, a possible way out of this impasse has arisen. A prosecutor who has stayed with the case through three changes of administration is talking to defense attorneys for KSM and his co-defendants about a possible guilty plea. In return for pleading guilty, the defendants would be spared the death penalty, with the most serious offenders such as KSM instead facing life imprisonment without parole.

Such a deal is by no means certain, but if one is concluded, it no doubt will elicit objections that nothing other than punishment by death would be severe enough for the heinous crime that was committed. But given the unending cascade of delays, the alternative to a plea deal is not a prompt trial that ends in death sentences. Instead, the most likely alternative for the foreseeable future is more delays. Thus, the biggest advantage of the plea deal is ending the delays, resolving the case, and making a formal determination of guilt.

Moreover, in this instance, it is not clear that life imprisonment should be considered a lesser punishment than execution. In the circles these defendants come from, martyrdom means something. Indeed, for that reason, it is somewhat surprising that all of these defendants might even agree to life imprisonment. In any event, any deleterious martyrdom effects that might ensue back in the Middle East would be more likely following execution of this group rather than continued imprisonment. And this is not to mention how the death penalty has increasingly come into global disfavor, with the United States being one of a diminishing minority of countries—along with the likes of China, Iran, and Saudi Arabia—that continue to use it.

Reports about a possible plea deal mention an important qualification: that the defendants would insist on remaining at Guantanamo, where they can eat and pray together, rather than being sent off to someplace like the federal “Supermax” prison in Florence, Colorado. This qualification would unfortunately require leaving open a facility that never should have been opened in the first place. The George W. Bush administration selected this naval base as a location for a detention facility in an effort to get it beyond the reach of any rule of law—although the Supreme Court later had a different view. Guantanamo has long been a stain on the United States as a symbol of attempted evasion of established criminal law as well as a failure to execute the law expeditiously.

Guantanamo has also represented vague ideas in Congress about waging “war” on terrorism rather than about using proven and capable ways of prosecuting and punishing terrorists. If KSM had been prosecuted in federal court—in the Southern District of New York, locale of the deadliest part of the 9/11 attacks and a jurisdiction with an excellent track record of prosecuting terrorists—then years ago he would have had a verdict and, if convicted, would have been executed or consigned to Supermax.

Even with this qualification about where the defendants would serve their terms, a plea deal such as is reportedly under discussion is still worth considering. It would be worthwhile if coupled with the understandings that no new prisoners would be sent to Guantanamo, that serious effort would be made for proper disposition of the other thirty-three men still detained there, and that the facility would remain open only as long as the last person sentenced to life imprisonment there remained alive.

Years from now, that might mean the expense of maintaining something that looks like the current facility but houses only a few prisoners. A precedent for that is Spandau Prison in Berlin, which after the Nuremberg Trials was supposed to house many convicted Nazis but instead only received seven. For the final twenty-one years in which the prison operated, it had only one prisoner: Rudolf Hess, until he committed suicide at age ninety-three in 1987.

After Hess died, Spandau prison was promptly demolished, with the land becoming a parking lot and shopping center. The prison’s remains were pulverized and either scattered at sea or buried at a British airbase, in order to discourage anything becoming a neo-Nazi shrine. Something like that ought eventually to be done as well to the detention facility at Guantanamo, not to prevent any shrines but instead to end symbolically an episode of U.S. history that involved a departure from the rule of law.