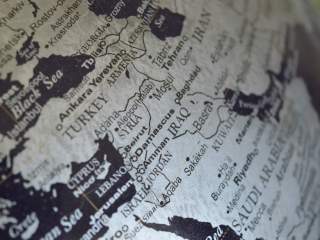 The temporary takeover of the Iraqi parliament building and other facilities in the fortified Green Zone in central Baghdad by followers of Muqtada al-Sadr was a demonstration not only of current fractures in Iraqi politics but also of a recurring American misconception about the application of military force on behalf of political objectives. Military force is, as Clausewitz teaches us, a tool to be employed on behalf of political objectives, but the misconceptions begin when faith is placed in the ability of military force to solve problems that are still more political than military. The problems continue with the belief that if such problems are not solved with one level of military force, more force should turn the trick. Such misconceptions have prevailed at least three times in American attitudes toward Iraq.

One time was with the invasion that started the mess that has prevailed in Iraq for the last thirteen years: the grand neoconservative experiment in trying to inject liberal democracy into Iraq through the barrel of a gun. The myopia and misconceptions involved in that decision were so great and the unfavorable outcome so glaring that the general American consensus has since then become that launching the war was a mistake. But parallel misconceptions have persisted regarding two later chapters in the U.S. effort to deal with the ensuing mess.

One of those chapters concerns the “surge” of U.S. troops in Iraq a few years later, and the notion that the surge was a success. Of course the insertion of tens of thousands of U.S. troops ought to make at least a temporary difference in the security situation anywhere, but the current political disarray in Baghdad is but one of the demonstrations of how the surge failed in its main objective, which was to create conditions that would lead contending Iraqi political factions to resolve or at least to manage their differences.

A later chapter about which similar thinking has persisted concerns the notion that the Obama administration snatched defeat from the jaws of victory by completing a previously scheduled withdrawal of U.S. troops from Iraq. This notion has never dealt with the question of how implementing an agreement negotiated by the Bush administration can or should be described in such defeat-snatching terms. Nor has it dealt with the fact that Iraq as of 2011 still had a civil war going that, while less intense than in some previous years, was nowhere near being resolved. Most fundamentally, the notion has never explained how U.S. troops could solve internal Iraqi political problems. Were American soldiers supposed to march into Nouri al-Maliki's office and coerce him into being more inclusive and less authoritarian? What has been at play has been a simple faith that when it comes to U.S. overseas expeditions, where there is a will (an American one, that is, supported by force), there is a way, without worrying much about exactly what that way is.

Portrayals of the latter two episodes have been fueled, of course, by cognitive dissonance on the part of many of those who supported the initial invasion, as well as by domestic political motivations that are part of U.S. rather than Iraqi politics. But there is a larger American habit of thought in play as well. One sees it in some discussions of the confrontation today against ISIS, in Iraq as well as Syria. Certainly there is a substantial military component involved. But the biggest questions about going after what remains of ISIS in Iraq concern not so much the amount of force required but whether there will be a political basis inside Iraq strong enough both to mount effective military operations and to achieve enough consensus about what happens with recaptured territory so that it doesn't just lapse back into extremism.

Meanwhile the Green Zone is an apt symbol of the shortsightedness of some of the American attitudes that have had such a big impact on Iraq. The zone has been a kind of hoped-for safe and stable place, forcefully secured with troops and concrete barriers. A different and much larger reality has existed beyond the barriers. And sooner or later, reality intrudes.

Image: A map of the Middle East. Pixabay/ErikaWittlieb. Public domain.