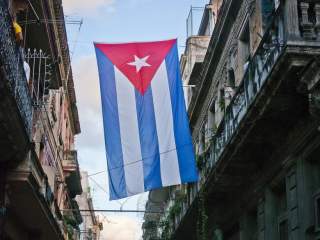 A Washington Post editorial proclaims in its headline, “Failure in Cuba,” with a bank head that declares, “Mr. Obama's opening is not leading to positive change”. One should not expect anyone, including editorial boards, who have been opposed to a policy departure to change their own position quickly. But what the Post has to say about Cuba illustrates some unfortunate tendencies that have warped policy debate on other issues as well.

The biggest problem is the failure to ask, “What's the alternative?” And to ask as well, “Why should the alternative be expected to bring any better results, especially on the very criteria on which the policy at hand is being criticized?” This failure was quite apparent in much of the opposition to the agreement to limit Iran's nuclear program, an agreement that was clearly superior to the only real alternative, which was the absence of an agreement, on most of the very topics that opponents themselves were raising, from the size of uranium stockpiles to the frequency of international inspections. With regard to Cuba, this deficiency of the argumentation is even more glaring because the alternative to Mr. Obama's opening—i.e., a continued attempt to isolate and ostracize Cuba—has had an enormously long time to show what it can, or cannot do. In fact, it's had half a century to show that; the United States instituted a full economic embargo on Cuba in 1962. The U.S. embargo and attempted isolation of Cuba are the archetype of a failed policy. That policy has failed to bring about hoped-for change either small (the Post editorial talks about rates for wi-fi service in Cuba) or large (fundamental political change in the Castro regime) or much in between (including various human rights issues).

The inconsistency of the standards being applied in the editorial, as far as time and expectations are concerned, is ludicrously large. Evidently half a century, through ten different U.S. administrations, is deemed insufficient time to judge whether the policy of isolation can ever achieve any useful results. But the editorial criticizes President Obama's opening for not bringing about a “sea change in Cuba” during the brief time it has been in effect. The announcement of the move to restore diplomatic relations was barely more than year ago, and embassies were reopened only six months ago.

Another flaw in the argumentation that we have seen before is to pin everything on one policy change and to fail to take account of other important conditions. The big, important condition regarding U.S.-Cuban relations is that the economic embargo is still in effect. The Obama administration has been limited to changes it can make through executive action; the embargo stays in effect as long as a majority in Congress refuses to end it. When the Post editorial writers complain about meager Cuban purchases of U.S. goods and little evidence of opportunities coming to the private sector in Cuba, that is properly considered an indictment of the continuing embargo rather than, as the editorial portrays it, a deficiency in the steps the administration has taken.

Repeated references in the Post's piece to “unilateral concessions” made to Cuba reflects another unfortunately all-too-common tendency, which is to consider any hardship in a country with a regime we don't like to be good in its own right, and thus any lessening of economy-damaging sanctions or embargoes as a loss for the United States. Damaging someone else's economy is of value only if helps to bring about some other desirable change in the other country's policies or behavior, which the embargo of Cuba has manifestly failed to do. The embargo has hurt ordinary Cubans most of all, and that hurt is of no positive value to the United States. Neither has it done any good for U.S. credibility worldwide, given that it is the United States, not Cuba, that has been isolated politically on the issue.

Before President Obama started to redirect it, U.S. policy toward Cuba had been (and with the embargo, still is) like an ugly and embarrassing time capsule. The embargo and attempted isolation are as antiquated as those 1950s-era American-made cars that the Cubans somehow manage to keep running. The policy has been the political remnant of one particular generation of Cuban-Americans who have had legitimate grievances against the Castro regime but have gotten stuck making one big gesture and never moved on to think about what works and what doesn't. The gesture lives on in the next generation most conspicuously in the person of Marco Rubio, whose stubborn defense of the embargo is inconsistent and illogical. It would be good both for the United States and for the Cuban people if further generational change and political evolution can move this issue out of the 1960s and into the twenty-first century, where it belongs.