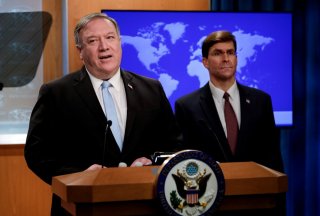 The United States has long presented problems—for itself and for others—by resisting participation in beneficial international projects because they raise the mere possibility of U.S. freedom of action being restricted or of foreigners judging Americans’ actions. This pattern goes back at least as far as the debate after World War I over the Versailles Treaty and membership in the League of Nations, the charter of which was part of that treaty. U.S. rejection of the League rendered it weaker than it could have been if the United States had been a member, and a weakened League was an ingredient in the twenty years crisis that culminated in another, even deadlier, world war. Such American resistance, notwithstanding U.S. membership in the later United Nations, has been a major exception to much talk through the years about the United States being part of a liberal internationalist consensus.

An excessively narrow, and negatively rather than positively defined, conception of American exceptionalism is the chief cause of this pattern. This conception sees the United States not just as better or bigger than anyone else but as a state that doesn’t have to follow the rules that the United States itself would like to see other countries follow. A contributing factor has been the Senate’s constitutional role in the ratification of treaties. The unrepresentative nature of that body, combined with the need for a supermajority to approve treaties, has meant that even some noncontroversial projects to which most Americans surely would not object have been defeated, with the United States making itself one of a few pariah states not participating.

Domestic politics and even personal pique have been related contributing factors. Senator Henry Cabot Lodge’s clever engineering of the defeat of the Versailles Treaty in the Senate was motivated chiefly by his desire to deliver a stinging political and personal defeat to his arch-nemesis, Democratic president Woodrow Wilson. In more recent times, President Donald Trump withdrew from the World Health Organization (WHO) in the middle of a global pandemic, asserting that “China has total control” of the WHO and using a China-bashing strategy to deflect blame away from his own handling of the Covid-19 pandemic, which he had originally tried to downplay and then turned into a political wedge issue.

The trouble is that some of these international organizations and conventions are quite useful from the standpoint of U.S. interests and not only a global consensus. This has become all the more the case with the Russian war in Ukraine. In response to documented Russian atrocities against civilians, President Joe Biden has labeled Russian president Vladimir Putin a “war criminal” and said, “he should be held accountable.”

Setting aside the obvious practical difficulty of ever gaining physical custody of Putin or other senior Russian leaders, there is an international institution up and running that is tailor-made for investigating and trying war crimes: the International Criminal Court (ICC). That is one of the explicit purposes for which the ICC was created. It provides an impartial forum that no national forum could in weighing such crimes.

123 nations are members of the ICC, but the United States is not. It participated in negotiation of the court’s founding treaty in the 1990s but was one of only seven countries—along with China, Iraq, Israel, Libya, Qatar, and Yemen—that voted against that treaty, the Rome Statute. President Bill Clinton signed the treaty but never submitted it to the Senate.

Since then, the ICC has been the target of varying degrees of hostility from the United States The hostility reached an extreme under Trump and his secretary of state, Mike Pompeo, who imposed sanctions on the ICC’s chief prosecutor and another senior official of the court. You know something is wrong when the world’s superpower is sanctioning not war criminals but instead the people who are responsible for investigating and prosecuting war criminals.

The Biden administration rescinded those sanctions but still objects to ICC investigations of possible war crimes in Afghanistan and in the Israeli-Palestinian conflict and says it maintains “our longstanding objection to the Court’s efforts to assert jurisdiction over personnel of non-States Parties such as the United States and Israel.” The administration is not about to submit the ICC treaty to the Senate and would have almost no chance of gaining the necessary two-thirds vote if it did.

The ICC is a court of last resort and supersedes national courts only if the nation involved is unable or unwilling to handle a case. Thus, if the United States holds accountable its own personnel who have committed war crimes, in Afghanistan or elsewhere, it has nothing to worry about regarding U.S. citizens being hauled before the ICC or anyone else’s court. And the United States should hold its citizens accountable for any such crimes. If foreign officials have doubts about the U.S. willingness to do so, there are valid reasons for those doubts.

The objection to investigating war crimes in the Israeli-Palestinian conflict consistently overlooks how that investigation targets possible crimes by both sides in the conflict. The United States habitually provides cover for Israel in international organizations and routinely argues that Israel is somehow being singled out for disproportionate treatment. The record of the ICC demonstrates otherwise. If there has been any disproportionate treatment, it has been aimed far more at Africans.

The United States played a critical supporting role in bringing some of those Africans to the ICC to face justice. This was an example of the United States being happy to apply to others rules of international conduct that it does not want applied to itself, or to those it favors.

That is not how a rules-based international order is supposed to work.

Putin’s brutal war in Ukraine has seemingly and suddenly made believers in the ICC out of many opponents of the court, notably Republicans in Congress. In a voice vote in March, the Senate approved a resolution calling on states to petition the ICC to take up the matter of Russian war crimes in Ukraine. The resolution’s sponsor, Lindsey Graham (R-SC), said, “This is one of Putin’s bigger accomplishments … to rehabilitate the ICC in the eyes of the Republican Party and the American people.”

That’s fine as far as it goes. It doesn’t take much political courage to call for an investigation of Russian war crimes in Ukraine. But the United States cannot say it is upholding the principle of holding war criminals accountable unless it applies the relevant rules and laws of war to everyone, including itself and states it favors, and not just to regimes it dislikes.