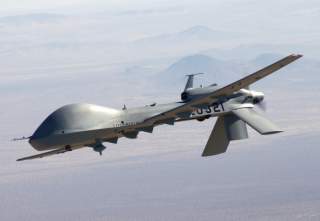 A recent study by Emily Manna about drone strikes and terrorism in Pakistan warrants attention as a useful contribution to discussion of the effectiveness of such strikes as a counterterrorism tool.

The issue of just how useful the firings of missiles from unmanned aerial vehicles, commonly called drones, are in killing suspected terrorists on the ground, has multiple dimensions. Larger legal and moral questions arise with this form of remote-control violence being inflicted in disparate places ranging across many international boundaries—especially in the absence of any well-defined and up-to-date congressional authorization for the overseas use of force.

A narrower question of effectiveness concerns how much the killing of individual members, including even leading members, leads to the weakening or demise of any existing terrorist group. The tactic is only one of several approaches toward trying to eliminate a terrorist group, and not necessarily one of the more effective ones. Groups with a well-developed internal structure, which also tend to be the more formidable and sophisticated groups, are adept at filling vacancies. Sometimes the replacement turns out to be more able than the leader who was bumped off. This was true when Israel’s killing of Hezbollah secretary general Abbas Musawi led to the succession of the more capable Hassan Nasrallah. It also was true when the death of Abu Musab al-Zarqawi, leader of Al Qaeda in Iraq, cleared the way for the more adept Abu Bakr al-Baghdadi to take over and to expand the group into what we now know as ISIS.

Another set of issues that are just important concerns hostile reactions to this use of force by the United States, leading to anger and resentment that pushes some people across the line into extremist violence and thus breeding more terrorists than there were before. There is some reason to believe that most such counterproductive effects occur at some remove from the location of drone strikes; word of the destructive application of U.S. power can spread quickly and widely, but any favorable effects of removing a bad guy from the neighborhood would tend to be more local. If net positive effects are to be observed, they would more likely be relatively close to the scene of a drone strike.

Manna’s research suggests that, at least in Pakistan, the effects are negative even in the neighborhood of a drone strike. Her methodology involved looking at individual provinces and correlating terrorist activity in the same month as, and the month following, drone strikes. The principal finding was a statistically significant rise in terrorist attacks in a province after it became the target of U.S. drone strikes.

The U.S. program of drone strikes never was the result of a calculated process of analyzing the effects of different counterterrorist tools and choosing this tool as more effective than some others. Rather, the tool was seized on because it was the only way to reach some suspected terrorists in remote areas, at least short of staging a major military ground expedition into those areas. But if the result of a tactic—in counterterrorism or any other endeavor—is a net minus rather than a net plus, then it ought not to be used even if it is the only tactic available. As more analyzable data from the drone program become available, they ought to be used to take fresh looks at the rationale for the entire program. And political leaders need to resist the temptation to seize upon certain tactics as a way of responding to popular demand to “do something” about terrorism.

Paul R. Pillar is a contributing editor at the National Interest and the author most recently of Why America Misunderstands the World.