Overstretching the Specter of Iranian Imperialism 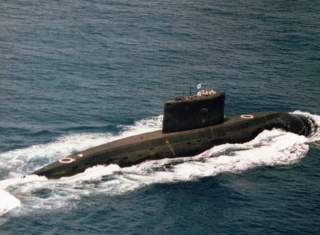 Opponents of the nuclear agreement (really, of any agreement) with Iran continue, in an effort to divert attention from the relative advantages of having versus not having negotiated restrictions on Iran's nuclear program, to present an image of Iran as a ruthless and relentless imperialist intent on gaining control of the entire Middle East. Iran is repeatedly portrayed as being “on the march” toward regional domination or as “gobbling up” other countries. It never gets explained how this picture, even if it were true, would constitute a reason not to complete a nuclear agreement to ensure that this supposedly relentless imperialist power never gets the most powerful weapon mankind has ever invented. But logic is not what is being exercised here; instead it is more of an emotion-based effort to foster distaste for doing any business with such an ogre-like regime.

An additional twist to this line of anti-agreement agitation is found in an opinion piece by Soner Cagaptay, James Jeffrey, and Mehdi Khalaji, all of the Washington Institute for Near East Policy. The WINEP authors state that Iran is “a revolutionary power with hegemonic aspirations” and liken it to “hegemonic powers in the past”: Russia, France, Germany, Japan, and Britain—powers that “pushed the world into war” in 1914 and 1939.

Let us recall what those hegemonic powers did. The Russians used their armies to build an empire that encompassed much of the Eurasian land mass and whose successor state still spans eleven time zones. Britain dominated the oceans with the Royal Navy and used its power to build an empire on which the sun never set. France also captured and colonized vast parts of Africa and Asia and, when it had an emperor with sufficient talent, overran most of Europe as well. Japan used military force to seize control of huge parts of the eastern hemisphere. And as for Germany, the WINEP authors themselves—as part of the near-obligatory reference to Nazis in any anti-agreement writing about Iran—remind us that “Nazi Germany sought to dominate Europe from the Atlantic Ocean to the Volga River, reducing other countries to vassal states and establishing complete military, economic and diplomatic control.” Actually, it didn't just seek to do that; Nazi Germany used its preeminent military power to accomplish that objective, at least for a while.

Iran represents nothing that is even remotely akin to any of this, as a matter of accomplishment, capability, or aspiration. Certainly the current Islamic Republic of Iran does not come close, and one would have to reach far back into Persian history to start to get a taste of imperialism even at the reduced scale of the Persians' immediate neighborhood. The twist of the WINEP piece is that the authors reach back in exactly that way. They tell us that “Iran's hegemonic aspirations actually date back to the Safavid Dynasty of the 16th century.” You know that there is a lot of argumentative stretching going on when references to Safavids in the 16th century are used as a basis for opposing an agreement with someone else about a nuclear program in the 21st century.

The Safavid Dynasty faded out before anyone could judge what would have been its willingness to behave as a respectable member of the modern state system. Those other hegemonic powers named in the piece evolved into respectable members of the current international order (although debate related to the Ukraine crisis continues about the attitudes of the Russian government). So the WINEP authors, in trying to argue that Iran never could become a respectable, well-behaving member of the same order, contend that what sets Iran apart is not only that it has hegemonic aspirations but that it is “a revolutionary power with hegemonic aspirations.” And, they say, “Revolutionary hegemonic powers combine the imperialist lust for 'lebensraum' seen in Wilhelmine Germany”—gotta get in those comparisons to the Nazis—“with a religious or millennial worldview that rejects the principles of the classic international order.”

How far divorced from reality this line of argument is emerges from the authors' reference to yet another power whose strengths and ambitions are way out of Iran's league: China, which the authors want us to see as hegemonic but not revolutionary like Iran. They write, “Even today, countries with hegemonic tendencies, like China, acknowledge the legitimacy of this international order.” That is a remarkable statement in view of how much China's international behavior can be explained, and has been explained by innumerable analysts, in terms of China's rejection of aspects of the international order that were established by the West without Chinese participation. A recent example of this aspect of Chinese policy involves the Asian Infrastructure Investment Bank and other Chinese-created mechanisms as alternatives to Western-dominated international financial institutions.

In contrast, a major feature of the supposedly “revolutionary” Iranian regime's foreign policy has been to try to integrate Iran into as much of the existing international order as possible, notwithstanding its Western origins. (Iran, unlike China, does not have anywhere near the strength to erect alternatives to Western institutions even if it wanted to.) This strand of Iranian policy is reflected not only in what Iranian leaders say but also in what they do, such as participation in this week's Nuclear Nonproliferation Treaty review conference. The nuclear agreement currently being negotiated with the P5+1 is itself one of the clearest manifestations of the Iranian policy of making significant concessions and sacrifices in the interest of becoming a more integrated member of the international community.

The depiction of current-day Iran as “revolutionary” in the sense of upsetting the international apple cart requires as much ignoring of recent history and actual patterns of Iranian behavior as does the likening of current Iran to 16th century Safavid imperialism. In the early years of the Islamic Republic there was indeed a belief among many in Tehran that their own revolution might not survive without like-minded revolutions elsewhere in the neighborhood. But with the Islamic Republic having now survived for more than three decades, that perspective is obsolete.

A good case in point is Bahrain, given its Shia majority population and historical Iranian claims. Despite the unrest there in recent years, it has been a long time since any reliable reports of Iranian activity there that could honestly be described as subversive or revolutionary. In stark contrast to whatever minimal Iranian involvement there is in Bahrain, Saudi Arabia rolled its armed forces across the causeway to forcibly put down Shia unrest and prop up the Sunni regime in Manama. A similar contrast prevails today in Yemen, where any Iranian aid to the Houthis, whose rebellion was not instigated by Iran (and during which the Iranians reportedly have counseled restraint to the Houthis) is dwarfed by the Saudi airstrikes that have killed hundreds of civilians. (Tell us again—which Persian Gulf country is the hegemonic power?)

Stories of Iran as a supposedly threatening regional hegemon are not only not a reason to oppose reaching agreements with Tehran; the stories aren't even true.