The Pensacola Shooting and the Misconceiving of Terrorism 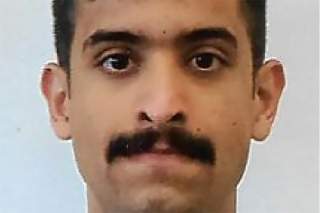 The shooting at the Pensacola naval air station and the Trump administration’s reaction to it illustrate much of what is wrong with how international terrorism is discussed in public discourse today. This includes a fixation on the question of whether there are “links” between the perpetrator and known groups as if the answer to that question determines whether we should worry about the incident or not. That focus follows from thinking about terrorism in terms of evil designs by certain groups or states and their leaders and not in terms of how individuals can become so angry over conditions or causes important to them that they resort to terrorist violence.

Such a perspective tends to overlook the ways in which U.S. policies stimulate anti-U.S. terrorism. The suspect in the Pensacola attack probably was the author of earlier messages on Twitter complaining about U.S. support to Israel and “crimes against Muslims”—familiar themes in terrorism against American targets, including prior jihadist terrorism within the United States.  Such attacks are still dastardly crimes, and the guilty party is the person wielding the gun or knife, but that does not erase the fact that U.S. policies have much to do with how many such crimes occur and how many Americans fall victim to terrorism.

Another major distortion is to bend treatment of the incident according to policy preferences regarding certain Middle Eastern states. The Trump administration’s immediate response to the attack was to bend over backward to try to keep it from upsetting relations with Saudi Arabia, the homeland of the attacker. President Donald Trump passed along a thoughts-and-prayers message from King Salman, without passing along any assurances about Saudi investigative help. This evokes memories of past terrorist attacks in which Saudis were involved, Americans were victims, and the Saudi regime was of little help in the subsequent investigation and actually impeded the investigators. Such incidents included the 1995 bombing of a compound in Riyadh housing managers of a U.S. military assistance program and the bombing of a U.S. military barracks at Khobar Towers in eastern Saudi Arabia.

State sponsorship of terrorism has dropped significantly over the past three decades. At least that is true of governments either directly perpetrating or instigating terrorist operations. A persistent problem of states and terrorism involves the less direct malevolent effects of what certain states do, and Saudi Arabia is Exhibit A in that problem. It is no accident that fifteen of the nineteen men who carried out the mother of all of international terrorist attacks—9/11—were Saudis.

Related to the problem is the intolerant Wahhabism that is the actively propagated Saudi state religion. Its effects worsened following concessions the Saudi regime made to religious hardliners after religious fanatics took over the Grand Mosque in Mecca in 1979. For years afterward, the Saudi leaders’ policy was not to combat their terrorism problem but instead to export it—including to Afghanistan, where the Saudi-born Osama bin Laden grew his violent business. The Saudis did not get serious about combating terrorism until after two more bombings in Riyadh in 2003, which again killed Americans but also claimed a significant number of Saudi victims.

The Trump administration has put the latest attack, and terrorism in general, in the framework of its policy toward the Middle East, which rigidly takes sides in regional rivalries and is built around unrelenting hostility toward Iran. Within this framework, one side, the Iranian side, is portrayed as never doing any good and the other side, which includes Saudi Arabia, as never doing any harm. Such a framework instills a badly mistaken picture of the roots and patterns of Middle Eastern terrorism today.

The oft-repeated mantra about Iran being the “number one state sponsor of terrorism” is an anachronism. It was applicable in years past when fifty U.S. diplomats were taken hostage in Tehran and in subsequent years when the Iranian regime conducted serial assassinations of exiled dissidents. That behavior stopped years ago. The last time any American blood was spilled in a terrorist event (as distinct from warfare) in which Iran had a hand was the Khobar Towers attack over two decades ago. The only Iranian-conducted terrorist attacks in recent years have been not very successful attempts against Israeli targets, in what clearly was intended as retaliation for assassinations of Iranian scientists—assassinations that met the definition of terrorism every bit as much as the attempts to retaliate for them. Iran has been heavily involved, especially in Iraq, in combating the most ominous terrorist movement of recent years—Islamic State—and has been the victim of major Islamic State attacks within Iran.

The usual rationalization for continuing to pin the “number one sponsor” label on Iran is that it has been allied with, or given assistance to, groups such as Hezbollah or Hamas, which—whatever else they are, including local governments, members of national parliaments, and movements resisting foreign occupation—have at some time used terrorist tactics, in which innocent civilians have been killed. If such assistance is sufficient to make a nation a state sponsor of terrorism, then the label of state sponsor must be applied much more widely than those chanting the mantra about Iran like to apply it. It certainly would apply to Saudi Arabia for, among other things, the aid it has given to Al Qaeda offshoots in Syria. And the label would apply to the United States for, among other things, aiding a Kurdish militia in Syria that has direct organizational connections to the Turkish Kurdish group Kongra Gel (formerly known as the Kurdistan Workers Party or PKK), which remains on the U.S. list of foreign terrorist organizations.

It is Saudi Arabia, not Iran, that in recent times has retrogressed to the kind of direct violent deed that had been largely gone from the terrorism scene since the 1980s and that unmistakably constitutes not just state-sponsored but state-perpetrated terrorism. It was just over a year ago that employees of the Saudi regime, acting under high-level direction, gruesomely murdered in a Saudi diplomatic facility a critic of Saudi policies. And American interests were again involved; the victim was a resident of the United States and a columnist for a major U.S. newspaper, who left children who are U.S. citizens.

Most anti-U.S. terrorism today is not likely to be state-directed but instead will involve the kind of initiative by angry individuals that probably were involved in the Pensacola attack. But what happened to Jamal Khashoggi also needs to be remembered if one is to understand international terrorism today and the role of states in it, undistorted by the spin and policy preferences of the administration of the day.