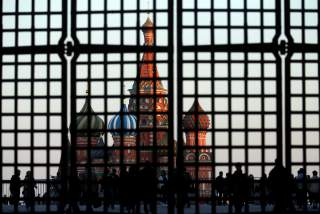 The recent bill imposing sanctions on Russia, Iran, and North Korea, which President Trump is signing in the face of veto-proof majorities by which Congress passed the measure, partly reflects the peculiar relationships Trump has with both Russia and Congress.  But the bill is consistent with, and puts in stark relief, a larger problem of Congress habitually using economic sanctions against foreign states as an expression of disapproval that is poorly designed to achieve any U.S. foreign policy objectives.  Sanctions get used less often as a genuine instrument of foreign policy than as an instrument for elected politicians to register with domestic audiences their dislike for unpopular foreign regimes.

The lack of care in designing an effective policy instrument is underscored by how the current bill lumps together in a single piece of legislation sanctions against three very different countries that pose different policy challenges.  One of the targets, Russia, is a major power with diverse interests that intersect U.S. interests in different regions.  New sanctions against Russia collide immediately with economic interests of U.S. allies in Europe.  The biggest feature of recent relations with Iran has been conclusion of an agreement that ensures the Iranian nuclear program stays peaceful, with partial relief from previously imposed sanctions being the quid pro quo for Iran submitting itself to special nuclear restrictions.  North Korea is ruled by a thuggish family regime that already has nuclear weapons and mainly for that reason is widely seen as a security threat.

The new bill gives the president less leeway in issuing waivers or removing sanctions than much other sanctions legislation has given.  The reason, of course, has to do with distrust of Trump regarding his relationship with Russia.  Although the desire of Congress to put Trump on a short leash is understandable, such restrictions make it even less likely that the resulting sanctions can be used as a flexible instrument of policy.  Waiver provisions in other sanctions legislation have been a tacit recognition of the conflict between policy effectiveness and the desire of members of Congress to make a simple statement of disapproval of certain regimes.

Requirements for Sanctions to Work

Occasionally a partial economic embargo is intended to deprive the targeted country directly of the wherewithal to do whatever it is that we don’t want it to do—for example, depriving it of material or technology that could be used in an unconventional weapons program.  More often, economic sanctions are instead supposed to inflict pain that will give the targeted regime an incentive to change its policy and to decide to stop what we don’t want it to do.  To the extent that public discourse addresses the issue of sanctions’ effectiveness, the focus usually is on how much particular sanctions can be expected to hurt, and on related questions such as whether other states will join with the United States in inflicting the pain.  Those questions matter, but they fall short of addressing several other fundamental requirements for sanctions to be effective.

First, there must be some specific, well-defined piece of behavior by the targeted state that we want to change.  Simply berating the state’s policies as malign or aggressive or something else is not enough.  General castigation means even a state that wanted to cooperate would not know what it was expected to do.  Moreover, a specific change in behavior means that what matters are actions in the future, not the past.  Punishment for past misdeeds may seem like just retribution, but it cannot become an effective policy instrument unless the policy objective is framed in terms of a commitment to refrain from similar deeds in the future.

A second requirement is that the desired policy change on the part of the targeted state must be feasible, in the political as well as practical sense of feasibility, taking into account all the reasons that state has for doing what it is doing and all the incentives that may be pushing it in directions other than the one we favor.  If decision-makers in the targeted state consider some action they are taking as vital for their security, even a large amount of inflicted pain through sanctions is unlikely to bring about any policy changes.  Failure to take this perspective has been common in the push to sanction Iran.  Ballistic missiles, for example, figure in much of the talk about sanctioning Iran, but it simply is unrealistic to expect even a heavily punished Iran—which fell victim to Iraq’s missiles in the war of the cities in the 1980s, sees some regional rivals well-armed with ballistic missiles, and is even further behind those rivals in air power—ever to halt its missile development.

It is this third requirement that is most conspicuous by its absence in much discussion in Congress and elsewhere about sanctions.  It is a shortcoming with respect to all three of the states targeted in the newest legislation.  Regarding Russia, interfering in American elections is a sanctionable offense, but missing so far is any formula for translating this issue into a specific commitment about future behavior that can be part of a way out of sanctions.   Iranian policy-makers could be excused for believing, based on listening to rhetoric in Washington, that their country will forever be sanctioned by the United States no matter what policies Iran follows, as long as the Islamic Republic exists.  As for North Korea, regardless of how repugnant it is to do business of any sort with the Kim regime, positive assurances as well as negative incentives will be necessary if there is to be any hope of achieving something like a freeze in the North Korean nuclear weapons program.

The Joint Comprehensive Plan of Action (JCPOA), otherwise known as the Iran nuclear agreement, demonstrates how sanctions can contribute to a positive result when all three of those requirements are met.  First, what Iran was expected to do was highly specific.  There was only one issue—the nuclear program—and it was operationalized in terms of well-defined limits and requirements concerning uranium enrichment and the like.  Second, it was feasible to expect Iran to accept those requirements and limits, because being a non-nuclear weapons state integrated into the international community clearly represents a better future for Iran than being a nuclear-armed pariah.  Third, the JCPOA itself, as an agreement incorporating sanctions-lifting requirements on the other parties, was a form of assurance that Iranian compliance would not just be met with unrelenting punishment.

Other Influences on Effectiveness

The larger context that other policies of sanctioning states create also can affect the efficacy of sanctions by shaping the target state’s perception of what is fair and equitable.  Russians are inclined to ask, in response to punishment for supporting ethnic separatism in eastern Ukraine, what about Kosovo?  Or, if forcible annexation of territory in Crimea is to be condemned, what about Israel annexing the Golan Heights?  Iranians who are castigated for supposedly destabilizing behavior in a place such as Syria will ask, why do we get that label when we are supporting a longstanding incumbent government and others are the ones stoking rebellion?  Or, why do we get criticized for policies toward Yemen when the Saudis and Emiratis are responsible for far more death and destruction through their military intervention in that land?

Then there is the usual talk about regime change—talk that some senior members of the Trump administration have indulged in regarding both Iran and North Korea.  Nothing else can better kill a sanctioned regime’s incentive to cooperate, because the message of such talk is that the regime itself is to be killed at the first opportunity, cooperation or no cooperation.  We already have had a very unfortunate precedent in Libya, where Muammar Qadhafi complied with Western demands to end sponsorship of terrorism and development of unconventional weapons, in return for being freed from his pariah status, only to have the West help to overthrow and kill him at the first opportunity.  The North Koreans have taken explicit notice of that experience and say that they do not intend to repeat what they consider to be Qadhafi’s mistake.