The Shot That Was Called: Intelligence and the Russian Invasion of Ukraine 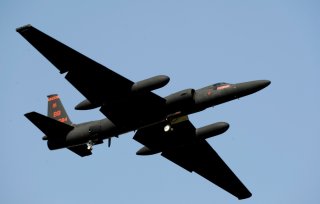 One of the salient features of the Russian invasion of Ukraine is that it was predicted—strongly, unequivocally, and quite publicly—by the Biden administration. The openly declared assessments, including by President Joe Biden himself, were so unequivocal that they could cause unease among those hearing them about a possible cry-wolf effect if Russia refrained from ever launching the war—and not having a war was, of course, a Western objective.

The administration’s posture was contrary to many predictions by assorted experts, pundits, and commentators that Russia would not invade, and that President Vladimir Putin was staging a show of force with the intention of achieving certain objectives short of war. Don’t expect many mea culpas from those who had made such a prediction. (An exception is Nina Khrushcheva, a professor at the New School—and great-granddaughter of Soviet leader Nikita Khrushchev—who admitted being “quite embarrassed” over having been proven wrong about this.) The administration’s firmly stated prognosis also went against a prevailing view in Europe that there would be no Russian invasion.

For those of us on the outside of government trying to assess the analysis performed on the inside, one caveat to this U.S. intelligence success is that we don’t know the exact sequence of Putin’s decisionmaking. It is conceivable that his thinking about the use of force against Ukraine had been more conditional than the Biden administration portrayed it, and that his final decision to launch the war was somehow influenced by how the United States and the rest of the West responded to the crisis. Expect those anxious to criticize the Biden administration to make an argument along this line—that the repeated loud predictions about a war constituted a dare that Putin felt obliged to meet, and that being already tagged as an aggressor, he had nothing to lose if he actually became one.

But Putin did have a lot to lose because of his aggression, most especially in the form of greatly increased economic sanctions. Moreover, the weight of the evidence, including not only the Russian military preparations that had been going on for some time but also Putin’s elaborate faux-history discourses to try to justify the war, strongly suggest that this aggression was exactly as the U.S. government depicts it: pre-meditated. Putin is acting on his long-held and often-expressed conception of the Slavic lands of the former USSR and is trying to be something like a latter-day Saint Vladimir in bringing those lands back together.

One concerns how this episode illustrates again the asymmetry in public and political reactions to intelligence successes and failures. When something untoward and highly visible happens overseas—a war, revolution, nuclear test, or something else—that was not preceded by loud and public U.S. government predictions, then many of the most immediate reactions in public commentary decry the “intelligence failure” involved. Or in a variation of the decrying, questions are raised about whether it was intelligence agencies that didn’t do their job or policymakers who didn’t listen to the intelligence agencies. Today, with some exceptions, one is not hearing nearly as much about the success in anticipating the Russian move.

It will be interesting to see if this episode is recalled the next time there is handwringing over an “intelligence failure.” Probably, it won’t. The usual pattern after a failure or perceived failure is to attribute the problem not to case-specific circumstances but instead to supposedly fundamental institutional problems.

The other observation is that even if intelligence were perfect and policymakers carefully listened to and accepted the intelligence, some untoward happenings simply cannot be prevented despite the best U.S. efforts. The Biden administration’s aggressive public use of intelligence in this instance evidently was a tactic to complicate and, if possible, avoid, the execution of Putin’s military plans by preemptively exposing what he was intending to do. The tactic was worth trying, even if in the end it did not prevent the invasion. The exposures were more likely to complicate the Russian plans, and maybe even to generate second thoughts about executing them, than to be taken as some kind of dare.

The episode recalls the 1967 Middle East War, when U.S. intelligence provided President Lyndon Johnson with excellent analysis about the likelihood of the war and the prospect that Israel would quickly win it. That intelligence success reportedly was what won Director of Central Intelligence Richard Helms a seat at the president’s Tuesday lunch table, where much of Johnson’s national security decisionmaking took place. But despite Johnson’s considerable efforts, Israel was not dissuaded from launching the war.

Given what the United States and Western allies failed to do years ago, as NATO expanded and membership was held out to Ukraine and Georgia, the situation this month with Russia and Ukraine was similar to what Johnson faced in 1967.

The response of policymakers to intelligence—including not just paying attention to it but believing it and acting on it—is always at least as important as what the intelligence itself says. For Biden to go as far out on a limb as he did with the repeated public predictions of an attack is remarkable in its own right. It also forms a stunning contrast with his predecessor’s response to an earlier Russian transgression, which was to say publicly that he believed Putin rather than his own intelligence services.