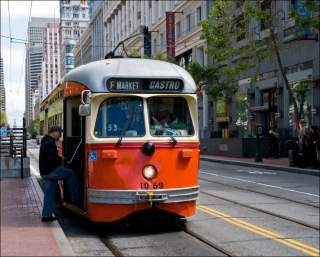 The repeated indicators of Turkish president Recep Tayyip Erdogan's authoritarian tendencies bring to mind that Erdogan once said, “Democracy is like a streetcar. When you come to your stop, you get off.” With a statement like that, one can say that at least Turkish voters, including the many who have voted for Erdogan's Justice and Development Party in multiple elections, were warned. But the phenomenon of authoritarian types rising within a democracy has been around for a long time. It is part of the succession of varieties of government that Plato described in The Republic, with the excesses and failures of a democracy leading to emergence of a demagogue who ultimately establishes a tyranny. Adolf Hitler was made chancellor of Germany after his National Socialist German Workers' Party had won a plurality in free elections.

Such history refutes the widespread notion that the danger of “one man, one vote, one time” is something peculiar to Islamists. (In recent Tunisian political history, the voluntary stepping down from power of the Islamist Ennadha party also refutes it.) The nearest example, in Turkey's neighborhood, of another Erdogan-like figure taking authoritarian steps after gaining power democratically is the decidedly non-Islamist prime minister of Hungary, Viktor Orban.

Erdogan's comment recalls another use of the streetcar metaphor from more than 50 years ago. In February 1965 the Lyndon Johnson administration used the occasion of a Viet Cong attack on a compound at Pleiku, South Vietnam, in which several U.S. servicemen were killed, as the occasion to initiate a sustained aerial bombardment of North Vietnam. The incident thus became, along with a naval incident in the Gulf of Tonkin the previous August, a rationale for immersing the United States in the Vietnam War. Johnson's national security adviser, McGeorge Bundy, later commented to a reporter, “Pleikus are like streetcars.” In other words, one is bound to come along sooner or later, and when it does, you get on and use it to get where you want to go. The plans for a bombing campaign already had been in preparation, and the Pleiku incident (which was no larger than some other operations that the Viet Cong had staged and in which Americans were targets) offered convenient timing for implementing the plans.

This use of the streetcar metaphor, in which the critical action is to get on the streetcar, is somewhat different from the other use, in which the most significant action would be to get off of it. But as with the getting-off usage, history provides ample examples of the getting-on usage. A month after Hitler became chancellor, for example, the Reichstag fire gave him an occasion to demand a suspension of civil liberties, a major step toward establishment of the tyrannical Nazi regime.

Lesser examples can be found in more recent years. Two years ago the Israeli government of Benjamin Netanyahu used the kidnapping and murder of three teenage Jewish residents of a West Bank settlement as the occasion to launch a large application of force against Hamas. With the government intentionally misleading the Israeli public into believing that the teenagers were still alive, the Israeli military operations included not only huge sweeps and arrests in the West Bank but also bombing in Gaza—all before Hamas began retaliating with any rocket fire against Israel. The operations escalated into the highly destructive Operation Protective Edge.

In a sense the 9/11 attacks served as a streetcar for the promoters of the Iraq War, who had long favored such a use of military force against Iraq but lacked sufficient public support to launch a major offensive war. By suddenly creating a militant public mood in the United States, the terrorist attacks finally provided that support, notwithstanding the fact that Iraq had nothing to do with 9/11. This instance was different, however, in that a terrorist incident with the impact of 9/11 was not nearly as predictable as that the Viet Cong would stage more ground operations against U.S.-connected targets in the 1960s or that there would be additional lethal incidents between Arabs and Jews in the occupied West Bank.

What both the get-on and get-off ways of using streetcars have in common is that they involve disingenuously exploiting public reaction to an incident in order to pursue some different or larger agenda. In each case a democratically elected government (or at least a coalition that somehow reflects an electoral outcome) is taking a direction that is the preference of a small group that has the power rather than of the voters who cast the ballots.

This observation does not constitute a larger knock against democracy. Authoritarian rulers pursuing their own agendas who do not even try to dupe or to sway the public are no more to be admired than ones who do. Churchill's observation about democracy is still applicable. Probably another applicable aphorism is the one, of uncertain origin, about eternal vigilance being the price of liberty. Americans need as much as others to be wary of political streetcars, even though what they most need to worry about is not liberty-depriving tyranny à la Plato but rather bad and destructive policies that flow from agendas they never voted for.

Image: A streetcar in San Francisco. Flickr/Tony Fischer, CC BY 2.0.