The Colombia Accord: When Negotiations and Concessions are Necessary 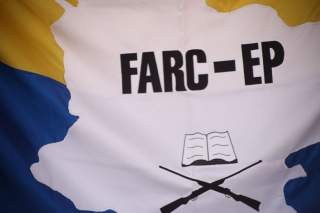 The peace accord between the Colombian government and the guerrilla group known as the Revolutionary Armed Forces of Colombia or FARC deserves our applause and our support. It makes possible the end of one of the longest-running wars in the Western hemisphere. The agreement is good news for Colombians, for the hemisphere, and for the principle of peaceful resolution of disputes.

Significant resistance to the accord exists, however, and the outcome of a referendum in October to approve the agreement, although it probably will be favorable, is by no means a sure thing. The most significant figure in opposition is the immediate past president of Colombia, Álvaro Uribe. Uribe deservedly got high marks from Colombians and from Washington for significant improvements to security during his time in office. Perhaps Uribe sees the peace negotiations conducted under current president Juan Manuel Santos (who was Uribe's defense minister) as some kind of rejection of his own policies. He shouldn't. The proper way to look at the policies of the last two Colombian presidencies is that Uribe's success in weakening and containing the FARC set the stage for successful negotiations under his successor.

Any attempt now at a purely military solution to the insurrection would be unsuccessful. The war has gone on too long and there are too many interests identified with the insurgent side for it to succeed. Measures taken in an attempt to crush the FARC would introduce their own forms of insecurity for Colombians—who have gotten a taste of this with the excesses of right-wing paramilitaries that initially were formed to combat leftist guerrillas.

A general and understandable reason for unease about the newly announced agreement is that it makes concessions to, and limits any punishment of, people who have done genuinely bad things. The FARC certainly has done many bad things, including things that we properly define as terrorism. But Colombians, and we, need to consider whether the type of individual justice that underlies the unease is more important than achieving a greater degree of peace and stability for the entire nation. One also must consider that the announced agreement does something that even (or especially) those most appalled by violent and illegitimate methods should support: providing a channel for those who have used such methods to pursue their interests instead through peaceful, legitimate means.

There is talk about a “better deal” that might have been gotten. We heard similar talk in the United States regarding the agreement that restricts Iran's nuclear program—although that situation is not quite the same, in that many of those who indulged in such talk probably knew well that a better deal was not possible and simply wanted to kill any agreement with Iran. Probably some Colombians sincerely believe an alternative agreement with the FARC was feasible, with the belief based on a vague sense that ultimately full justice ought to be able to prevail. But it is unlikely any “better deal” was possible. The announced agreement is the outcome of four years of negotiations and fifty-two years of warfare. The other side has to get some sort of concession, otherwise it would have no incentive to reach agreement at all. FARC leaders would never have signed up to a formula that meant full punishment for themselves. As the International Crisis Group observes, the idea of renegotiating the deal to get better terms “is generally considered to be unrealistic.”

We Americans have a tendency to view all terrorists as cut from the same cloth and to whom the same policies ought to apply. The FARC is a charter member of the official U.S. list of foreign terrorist organizations, and declared U.S. policy through multiple administrations has been not to negotiate with terrorists. So a peace deal with such an organization may be unappetizing. But the problem with that perspective is to forget that terrorism is a category of tactics that can be used by all manner of perpetrators in pursuit of many different kinds of objectives, including objectives that we would consider legitimate, no matter how illegitimate have been some of the means used to pursue them. The test to apply to the question of whether it is appropriate to negotiate an agreement with a group is whether it acts on behalf of goals and interests that could, and should, be represented in a normal and peaceful political process. If so, negotiation is appropriate. If not, the appropriate response is physical degradation or containment.

Different resistance groups score differently on this test even when seeming to come from the same ideological neighborhood. Among armed Latin American leftist groups, for example, Sendero Luminoso in Peru is one that never presented any opportunity for a comprehensive peace deal. Although it gained some support from poor people in the hinterland with legitimate gripes, its objectives involved such a drastic destruction of Peruvian society that there never would have been anything to negotiate. The FARC is different. Its objectives have not involved any comparable demolition of Colombian society, and it has gained significant support from rural interests that have a reasonable claim to better representation in Bogota.

One can find a similar spectrum among Islamist groups. The objectives of al-Qaeda and ISIS are so sweeping and extreme that there never has been a basis for negotiation with such groups. Much different is, say, Hamas. It also is Islamist and also has used terrorism, but its objectives are discrete and well-defined ones, involving political power in Palestine and creation of a Palestinian state, that can be appropriately addressed in a framework of negotiation and peaceful politics.

One other indication of the inappropriateness of treating alike everything bearing a terrorist label concerns Cuba, which played a key role in hosting and mediating the negotiations that produced the Colombian peace agreement. Cuba remained on the U.S. list of state sponsors of terrorism long after it had ceased doing anything that could be described with a straight face as terrorism—until the Obama administration last year took the overdue step of delisting it. For many years those who had to come up with an official rationale for why Cuba was still on the list (and don't blame the State Department people who have to write these things; blame Ileana Ros-Lehtinen and the other fervid anti-Castroites in Congress) mentioned Cuba having contact with the FARC and playing host to some of its members. So part of the supposed reason for keeping the terrorist label pinned on Cuba was activity intrinsic to getting a major armed group out of terrorism and on to a peaceful path.