The Iraq War and the American and British Ways of Retrospection 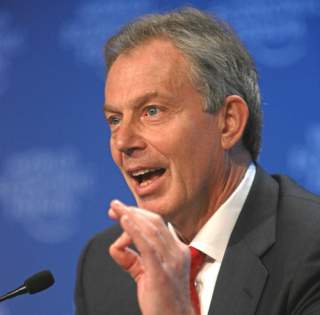 The United States and Britain each have suffered from the blunder of invading Iraq in 2003—and have made many others suffer as well, not least of all the Iraqis. But the release in Britain of the mammoth Chilcot report is a reminder of how differently the two allies have treated their coming to terms with the blunder. That difference had been apparent even before this week. An earlier British inquiry, the Butler report, had explicitly pointed out, for example, the improper mingling of intelligence analysis and policy—which, although such mingling occurred on this side of the Atlantic as well, has never been directly and officially acknowledged in the same way in the United States. Now the Chilcot report, in its extremely thorough examination of all aspects of the decision to go to war and of what followed, has made the trans-Atlantic difference in retrospection even greater.

Oh, sure, there have been some official after-the-fact inquiries in the United States related to the Iraq War. They have served a cathartic function and also have served to divert attention and blame away from those—Democrats as well as Republicans—who supported the invasion at the time. The Senate intelligence committee and a White House-appointed commission both examined in minute detail intelligence work about weapons of mass destruction. But the so-called WMD issue was not the driver of the war. As super-war-hawk Paul Wolfowitz later admitted in an unguarded comment, it was just an issue that people could agree on as a rationale for launching the war. And even a firm conclusion that weapons programs exist in the hands of a nasty regime does not constitute a case for launching a major offensive war. (Anyone up for war in North Korea?)

It was the highly costly, destructive, destabilizing aftermath of overthrowing Saddam Hussein that made launching the war a blunder. The war would have been highly costly, destructive, and destabilizing even if every word that the Bush administration said about WMD had been true. And conversely, if the war had ushered in the sort of blossoming of democracy and stability in Iraq that its most fervent promoters envisioned, the war would not be widely considered today a blunder and we would not be seeing 2.6 million-word reports of commissions of inquiry, WMD or no WMD.

Among the Chilcot report's very pertinent lines of inquiry that have had no counterpart in any American inquiry has been how peaceful channels for resolving differences with the Iraqi regime were never adequately explored. Actually, applying the same inquiry in the United States would require blunter language than that used by Chilcot. The chief promoters of the war in the Bush administration did not want to resolve peacefully issues of WMD or any other issues. One of their fears in the months leading up to the invasion was that the Iraqi regime would say yes to all international demands and the case for war would be deflated.

As for the destructive aftermath of Saddam's ouster, the Chilcot panel said, “We do not agree”—with Tony Blair, that is—“that hindsight is required. The risks of internal strife in Iraq, active Iranian pursuit of its interests, regional instability and Al Qaeda activity in Iraq were each explicitly identified before the invasion.” In the United States, the intelligence community had produced major assessments before the war anticipating much of the post-invasion mess, but the policy-makers ignored those assessments. Redacted versions of those assessments can be read today in a tardily released “report” of the Senate intelligence committee, which was supposed to look into war-related issues other than the much-beaten WMD intelligence issue but got so tied up in partisan knots that what it finally released could hardly be called a report at all. (I have told this sorry story in detail elsewhere.)

As for the decision-making process leading to launching the war, the Chilcot report goes into much detail, down to what word-smithing the prime minister's senior aides recommended for messages going to the U.S. government. Here in the United States there can be exhaustive inquiries into decision-making processes when there is a political appetite for it. Right now, for example, Republicans in Congress are trying to do that regarding a decision by the FBI director involving some matter involving emails. But there has been no inquiry at all into what was one of the most extraordinary aspects of the decision to launch a major offensive war in Iraq: that there was no policy process at all leading to that decision. All the meetings and memos and discussions in the Bush administration about Iraq were about selling or implementing the decision to go to war, not about making that decision in the first place.

What accounts for this big difference in how the two countries have handled this tragic episode in their history? One reason probably is that the political forces in the United States that promoted the war have remained, despite their ghastly blunder, powerful. Neoconservatives continued to dominate foreign policy thinking in the Republican Party (although more recently Donald Trump—who claims, without a record to back him up, to have opposed the war—has shaken things up). In Britain, by contrast, Blair is almost alone in defending his decision to go to war, lamely echoing Wolfowitz's lines about how the world is better off without Saddam Hussein.

A related reason is that partisanship in the United States has become more poisonous and ruthless than it is in the United Kingdom. It seems that everything is fair game to try to knock down opponents, no matter how much the knocking down distorts history and thus pollutes or negates any effort to come to terms with that history. Republican efforts to propagate the myth that Barack Obama, by implementing a troop withdrawal agreement negotiated by the Bush administration, somehow snatched defeat out of the jaws of victory in Iraq—notwithstanding the still-ongoing civil war there, and the patent failure of earlier military efforts to achieve their objective of political reconciliation among Iraqis—have fed the notion that maybe the decision to go to war wasn't really a mistake and it was just later implementation that was mishandled.

The release of the Chilcot report ought to be the occasion for Americans to reflect on another asymmetry between the United States and Britain regarding the Iraq War: that it was the U.S. administration, not any British government, that initiated this whole horrible idea. The United Kingdom got involved because Blair was Bush's poodle, who was so concerned about keeping U.S.-U.K. relations harmonious that he wrote to George W. Bush, “I will be with you, whatever.” Americans ought to think about the responsibilities of global leadership, and about how easy it is to abuse a position of power in which even a significant and proud country like the United Kingdom will fall in line that way. Dragging Britain into the Iraq mess was such an abuse of power. It was a betrayal of one of America's most important and staunchest allies. It gives many, including not just in Britain but elsewhere, reason to be less inclined to follow the U.S. lead in the future.

Dragging Britain into the Iraq mess probably has had other deleterious effects in Britain as well. Blair's role in the Iraq War has come to be perceived as one of the biggest aspects of his legacy, and that has helped to reduce support for Blairite New Labourism. This helped to make the feckless left-winger Jeremy Corbyn leader of the Labour Party. And that in turn was an ingredient in the outcome of last month's Brexit vote.