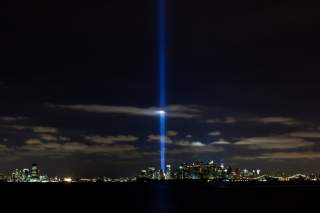 In thinking about the significance and consequences, a decade and a half later, of the terrorist attacks known as 9/11, it is best to begin with what the attacks did not mean—despite what voluminous commentary ever since the event might lead one to believe. The attacks did not mark a major change in security threats faced by the United States or anyone else. Americans were not suddenly more in danger on September 12, 2001 than they had been on September 10, even though the reactions of many Americans would suggest that they were. Nor was one spectacular, lethal, and lucky shot to be equated with a larger threat that can be thought of in strategic terms, or with sudden revelation of such a threat. Those whose job was to assess such things, including those in U.S. officialdom, had communicated prior to 9/11 their clear understanding of the strategic threat represented by Bin Ladin's variety of international terrorism.

September 2001 did not mark the advent of a substantially greater vulnerability of the U.S. homeland, and certainly not an existential one. The techniques involved were not at all comparable in that regard to the introduction of the long-range bomber and the intercontinental ballistic missile.

Nor did September 2001 mark the beginning of serious counterterrorist efforts by the United States, notwithstanding the larger amount of resources thrown at the problem in the wake of 9/11. There was a lot of counterterrorism going on before, especially in the 1980s and continuing into the 1990s. The available tools and elements of counterterrorism have remained essentially unchanged from those earlier periods, apart from a few technological developments such as those involving unmanned aerial vehicles.

Even the public perceptions about terrorism have not been a one-way progression. There has been some of the same swinging of the pendulum of public preferences as seen after previous major terrorist incidents. Although the swing after 9/11 was substantially higher than usual, we have already seen some of the pendulum's return in the opposite direction. Some measures taken and quietly accepted by Congressional overseers in the name of counterterrorism in the earliest years after 9/11, including bulk collection of electronic data by government agencies and torture of captives, later became subjects of controversy or condemnation.

The shock effect of 9/11 suddenly made the American public much more militant and more willing than before to assume costs and take risks in the name of national security. This was an emotional response, little diverted or contained by more sober calculation of what really would enhance national security, and with little attention to how some could exploit the emotions for other purposes.

The single most consequential result of all of this was the launching in 2003 of the war in Iraq. Although Iraq had nothing to do with 9/11, the surge in public militancy made it politically possible for the first time for neoconservatives to implement this longstanding item on their agenda. The damage, including to matters related to U.S. national security, has been vast, including trillions in expenditures, the igniting of a continuing civil war in a major Middle Eastern state, the stoking of region-wide sectarian conflict, and—as far as terrorism is concerned—giving birth to the group now known as ISIS.

U.S. military intervention in Afghanistan was another legacy of 9/11, of course. Unlike Iraq, it was related to 9/11 with regard to Al Qaeda's presence in Afghanistan under the Taliban. But years ago, the intervention morphed from a counterterrorism operation into more of a nation-building operation. And now it has become America's longest war.

Concepts offered by the intelligentsia, and not just emotions felt by the public, have been substantially affected by 9/11. After much groping since the end of the Cold War for ways to characterize, in a satisfyingly simple manner, both an era and a global U.S. mission, the fight against terrorism finally seemed to fill the bill. The unfortunate “war on terror” metaphor much affected policy discourse and thus policy itself. Counterterrorism came to be thought of in chiefly military terms, and conceiving of a war against a tactic meant a war without either geographic or temporal limits.

The aforementioned responses and effects will have more lasting consequences than the enhanced investigative powers, such as those in the Patriot Act, that have received much attention. There is natural resistance in American tradition and habits of thought to such enhancement. There is not comparable resistance to fighting endlessly a foreign menace, even a menace defined as a tactic.

The main legacy of 9/11 has been less anything that terrorists have done to us than what we have done to ourselves, and to others, in response. On balance the legacy has not been beneficial.