The Persistence of Falsehoods About the Iran Nuclear Agreement 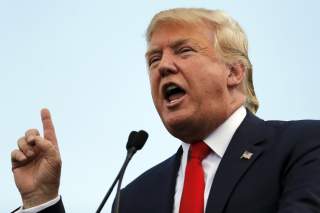 The biggest current threat to the Joint Comprehensive Plan of Action (JCPOA), the agreement that limits Iran’s nuclear program, comes from Donald Trump’s obsession with killing the accord.  That obsession is driven by his impulse to undo whatever Barack Obama did and to fulfill campaign rhetoric based on such contrarianism.  The power of that impulse should not be underestimated, no matter how much it collides with truth, reason, and the best interests of the United States.  Trump has demonstrated parallel obsessions in pulling out of the Paris climate change agreement in the face of an overwhelming scientific and global political consensus, and in his current posture on health care, in which he evidently is willing to harm the health of the American people in an effort to make his rhetoric about Obamacare appear to come true.

Perhaps the best hope for slowing Trump’s pursuit of his obsession about the JCPOA is the transparently ham-handed way he is going about it. His own statements have corroborated the gist of other reporting that Trump has made up his mind to kill the agreement and will bend whatever facts he needs to bend, and try whatever stratagems he needs to try, to achieve that result.  Those stratagems include asserting Iranian compliance even though international inspectors say Iran is complying with the agreement, or demanding inspections of non-nuclear sites in Iran even without reason to believe that any prohibited activity is occurring there.  The game being played is so obviously concocted to get a predetermined result that anyone, either foreign or domestic, with a sense of integrity ought to have a hard time going along with it while keeping a straight face.

Yet another technique is to make the United States so noncompliant with its obligations under the agreement that the Iranians will get sufficiently fed up to abandon the JCPOA.  With Iran filing a formal complaint about the newest U.S. sanctions against it, the Trump White House probably has its hopes up that this path toward killing the agreement may work.

Trump’s pursuit exploits a much larger opposition to the JCPOA that goes back more than two years to when the agreement was still under negotiation.  As with Trump, little of this opposition has to do with nuclear weapons or with the terms and purpose of the JCPOA.  Also as with Trump, some of the opposition, including in much of the Republican Party in Congress, is based on an oppose-anything-Obama-did posture.  Much of the opposition has to do with a desire to keep Iran in the status of a perpetually isolated and castigated adversary that is blamed for all or almost all of the ills in the Middle East.  That desire characterizes certain other regimes in the Middle East (especially Israel and Saudi Arabia) that are rivals of Iran, want outside powers to take their side, and want international scrutiny diverted from their own contributions to regional instability.

The opposition to the JCPOA became a major, well-funded movement that came close to killing the JCPOA in its infancy.  Well-rehearsed talking points, including misleading or false ones, had ample opportunity to gain air time and column space.  The opposition offensive slackened once the JCPOA took effect and was no longer a front-page item.  Then the election of Trump, with his campaign rhetoric including excoriation of the agreement, re-energized the opposition to the JCPOA.  Many of the same old themes, notwithstanding the agreement’s success in the meantime in being implemented and maintaining its tight restrictions on, and scrutiny of, Iran’s nuclear program, are being repeated.  And like Trump, who keeps repeating falsehoods about crowd sizes, voter fraud, and much else regardless of how many times his assertions are disproved and debunked, the anti-JCPOA themes that are misleading or false keep getting repeated despite having been refuted long ago.  The sheer repetition gets many people believing what is repeated.

Trump himself is one of the offenders in using such themes about the JCPOA.  Last week at a campaign-style rally in Ohio, for example, he repeated one of the hoariest of the anti-JCPOA assertions: that the United States “gave” Iran between $100 and $150 in assets under the agreement and separately “gave” Iran $1.7 billion in cash.  In fact, the United States has not given Iran a penny.  All of the money was Iran’s in the first place.  Most of the assets in question had been frozen in foreign financial accounts. The separate cash payment was resolution of a very old claim dating back to the time of the shah, in which Iran paid for some airplanes that the United States did not deliver.  Pallets of cash were used because sanctions continued to shut Iran out of the international banking system.

Trump ought to be familiar with such situations from his business career, given the number of times he reportedly stiffed suppliers and sub-contractors.  The only difference is that with Trump’s business, goods were delivered but never paid for.  In the aircraft deal with Iran, the Iranians paid but the United States never delivered the goods.

Much faith has been placed in the “adults” in the administration to rein in Trump’s worst tendencies.  Reportedly the adults, including Secretary of State Rex Tillerson, Secretary of Defense Jim Mattis, and National Security Adviser H.R. McMaster, last month urged a resistant Trump to recognize reality and certify that Iran was complying with the JCPOA.  One’s faith ought to be weakened by how Tillerson, at a press briefing this week, voiced some of the same old, familiar, and thoroughly refuted falsehoods and misleading themes.

The biggest outright whopper was Tillerson’s assertion that “they [Iran] got the immediate lifting of the sanctions before they ever had to deliver on anything.”  Any look at the history of implementation of the JCPOA, according to the carefully negotiated schedule, shows how drastically false that statement is.  In fact, the asymmetry in the implementation of the agreement worked in the opposite direction.  Iran had to do nearly all it was going to do to curtail its nuclear program and significantly extend the “breakout” time to a possible nuclear weapon before it got an ounce of new sanctions relief under the JCPOA.  This Iranian work included gutting its heavy water research reactor, disposing of excess heavy water, cutting back its uranium enrichment cascades, taking all excess centrifuges off line, ceasing uranium enrichment at the underground Fordow facility, providing international inspectors a comprehensive inventory of centrifuge equipment, and many other measures.  It was only after the International Atomic Energy Agency certified that Iran had completed all these required steps that the parties moved to “Implementation Day,” which was when the United States and the Europeans began sanctions relief.

Not specifically a lie, but highly misleading about the nature and purpose of the JCPOA, was Tillerson’s comment that “there’s another part of that agreement that talks about the fact that with this agreement, Iran will become a good neighbor – now, I’m paraphrasing a lot of language – they’ll become a good neighbor, that Iran is called upon to no longer develop its ballistic missiles.”  Tillerson accused Iran of violating “the spirit of the agreement” because of these issues.  Tillerson’s remark wasn’t a paraphrase; it was a fantasy expansion of the agreement that has been another favorite of the agreement’s opponents, who criticize the JCPOA for not causing peace to break out in the Middle East.  Neither has it led to a cure for cancer.

It was clear to all parties from the beginning of the negotiation that no agreement, and no limitation of the expanding Iranian nuclear program, would be possible unless the agreement focused specifically on the nuclear issue and on sanctions that supposedly are about the nuclear issue.  If the United States or other Western governments brought into the negotiation other things they did not like about what Iran was doing, then Iran would raise all the other things it doesn’t like about what the United States is doing.  And then nothing, including nothing about curtailing the nuclear program, would ever be agreed to.

Nothing in the JCPOA obligates Iran not to continue to develop, test, and possess ballistic missiles.  Sanctions that involved materiel relevant to missiles were part of the sanctions that were supposed to be in place because of Iran’s nuclear activities.  And from the standpoint of U.S. national interests, Iranian missiles are nearly irrelevant as long as nuclear weapons are not part of the picture, which is part of why preservation of an agreement preventing any Iranian development of a nuke is so important.  The implementing resolution of the United Nations Security Council makes a nod to the desirability of restraint in developing missiles, but this clause was by design a vague exhortation with no binding power.  Iran—facing threats from neighbors with missiles and superior air power—would never have agreed to anything firmer than that.

When Tillerson says “while this agreement was being developed, it was kind of like we put blinders on and just ignored all those other things,” this not only misrepresents what was in the field of vision and consciousness of the policy-makers and diplomats who negotiated the JCPOA.  The comment also ignores how the very people who are leading the renewed charge against the JCPOA were, pre-JCPOA, singling out the Iranian nuclear program as the pre-eminent security issue towering above everything else.  It wasn’t Barack Obama who had elevated that specific issue.  Mitt Romney, running for president against Obama in 2012, said an Iranian nuclear weapon was the greatest security threat the United States faced anywhere in the world.  The nuclear issue was the issue about which Bibi Netanyahu put on the first-ever cartoon show at the United Nations General Assembly.  Then, when negotiations successfully resolved that issue, those whose true agenda was centered on other objectives, such as isolating Iran in perpetuity or bashing Obama, began talking about blinders and allegedly ignoring other things.
As for good neighborliness and observing the spirit of the JCPOA, there was not a hint of anything in Tillerson’s remarks, just as there usually isn’t in any of the comments of opponents of the agreement, about any obligations along those lines on the part of the United States.  But one can get an idea of the symmetry involved by noting how the Iranian parliament, in response to action by the U.S. Congress on a “Countering Iran’s Destabilizing Activities Act” (which included the sanctions later folded into another bill and leading to Iran’s formal complaint), initiated action on its own “Bill Against U.S. Adventurist and Terrorist Activities in the Region”.  Although “destabilizing” would have been a more appropriate term than “terrorist” in this bill too, the Iranians have plenty to point to, such as the U.S. support for the highly destructive Saudi-led war in Yemen.