Transnational Politics and the Subordination of the National Interest 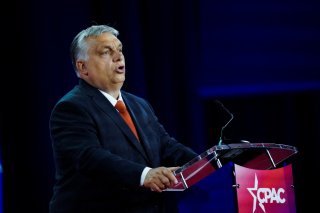 Russian president Vladimir Putin made a speech last week that seeks to exploit a contemporary political phenomenon that is eroding, in the United States and other countries, a foundation of political order that goes back to the seventeenth-century Peace of Westphalia. Putin spoke of “two Wests”—one, with which Putin identified himself and Russia, that upholds “traditional, mainly Christian, values” and the other consisting of a “neoliberal elite” that pushes different values such as gay rights.

It is not new, of course, for an embattled autocrat to use every available tactic to try to divide his adversaries. Neither is it new for Putin to appeal to the right-wing side of Western culture wars. But the fact that this former Soviet KGB officer can plausibly expect to gain traction with such an appeal speaks to how far the underlying erosive phenomenon has gone.

Domestic political division, as manifested in extreme partisanship in the United States, and transnational affinities of the sort that Putin is trying to nurture, are two sides of the same phenomenon. The more that militant partisans see their countrymen on the other side of the political aisle as enemies rather than just as political opponents, the less they think of the nation as a community of interest with which they identify. That lessening in turn leads the same partisans to think of their interests, affinities, and sometimes even their loyalties to lie less with their nation than with a transnational community that speaks to their values, even if a Russian dictator does some of the speaking.

Genuine nationalism—primary identification with, and devotion to, the nation-state of one’s birth or citizenship—is still a major driver of events in much of the world. The most salient recent demonstration of that is the spirited resistance to an invasion of their country by Ukrainians, the people whom Putin wrongly contended did not constitute a real nation. But commitment to one’s nation—the entire nation, not just part of it—has been eroding, especially in the United States, in a way that those causing the erosion have partly disguised with the use of nationalist terminology.

When Donald Trump declared “I am a nationalist,” his declaration was widely and probably accurately interpreted as an elided way of identifying himself as a white nationalist. Indeed, that connotation is a major reason that traditionally most American politicians have eschewed the label of nationalist. Certainly, Trump’s conduct was not at all about uniting the nation but instead about dividing it, while making an appeal to one part of it based on strident animosity toward the other parts.

Something similar arises with the so-called “Christian nationalism” that has become a major thread within the Republican Party, as represented among others by the party’s current gubernatorial candidate in Pennsylvania or by Representative Lauren Boebert of Colorado, who wants to trash the establishment clause of the First Amendment. “I’m tired of this separation of church and state junk,” says Boebert. “The church is supposed to direct the government.”

One of the closest current parallels to “Christian nationalism” in America is the “Hindu nationalism” of Indian prime minister Narendra Modi’s Bharatiya Janata Party. Neither type of “nationalism” represents a commitment and devotion to an entire nation, but instead to only part of it. The more than 400 million non-Hindus in India, and all the non-Christians in the United States, need not apply.

Various transnational political movements with various ideologies have played significant roles in the past. Some, such as the Soviet-created Comintern, have had ties with regimes even though most of their activity took place outside governments. The transnational community of interest to which Putin is appealing has increasingly taken the form of an organized movement, with Trump’s former political adviser Steve Bannon being one of the chief organizers.

Hungarian prime minister Viktor Orban—already a friend of Putin, and a wart on the liberal democratic face of the European Union—is part of that movement. The ocean-spanning transnational connections of the movement and the inclusion of the American Right were highlighted during the past year when the Conservative Political Action Conference met in Orban’s Hungary and later when Orban himself was a featured speaker at a CPAC gathering in Dallas.

The ideology of this movement is a hard-right, faux-populist, intolerant ethnic nationalism with authoritarian tendencies. As Putin said, relevant values with a religious aspect are “mainly” but not exclusively Christian. A prominent leader of another brand of hard-right ethnic nationalism, former Israeli prime minister Benjamin Netanyahu, is comfortable schmoozing with others in the movement, as indicated by how he became a pal of Orban, notwithstanding the anti-Semitic vibes sometimes emanating from the latter’s regime.

Some of the damage from this sort of transnational activity—such as giving a boost to Orban’s autocratic ways in defiance of the rest of the European Union—is obvious. Less evident but more fundamental is how all of this represents a turn away from primary identification with one’s nation-state—for Americans, with the United States—in favor of identification with co-ideologues abroad. This also means a turn away from respect for the national interest as distinct from interests that may reside at least as much overseas as at home.

In the past, those suspected of becoming involved in many transnational political movements, especially something like the Comintern, were apt to be labeled as un-American and scrutinized by the likes of the House Un-American Activities Committee. But when those becoming so involved today wave an American flag, call themselves nationalists, or say Christianity is their ideology (and a majority of Americans still self-identify as Christians), such labeling is not apt to follow. The underlying dynamic is in many respects similar, however, including that the ideology in question may be getting articulated by an autocrat in Moscow.

Notwithstanding all the ills, including countless wars, that have been incurred under the banner of nationalism (the genuine sort of nationalism, that is), there is good reason that the national interest—certainly here in the United States—ought to be given priority over interests that inhere in some transnational ideological community. That reason is that the nation-state has special powers, to which all of its citizens are subject, that other human organizations do not—especially the powers of taxation and the legitimate use of force. Those powers ought to be exercised in the interests of all the nation’s citizens, not just a subset driven by a religion or some other transnational ideology.

If Boebert had her way and the church (Boebert’s church, not necessarily someone else’s) was to “direct the government,” then that church would in effect have the powers of use of force and taxation. And that would be wrong, even if it did not play into Vladimir Putin’s hands, which it would.