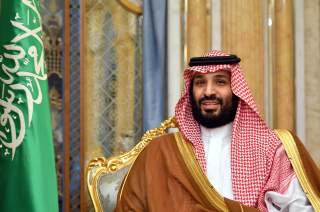 Although President Donald Trump is wisely resisting starting a new war in the Middle East, the dead-end nature of his failed “maximum pressure” campaign against Iran has put him on the spot to do something, especially after last month’s attacks on Saudi oil facilities, that appears forceful. The torrent of criticism he has received after pulling back U.S. troops in Syria—with much of the criticism identifying Iran as supposedly one of the “winners” from this action—has increased the pressure on Trump to exert more pressure on Iran. In response, the administration has been doing two things.

One has been to go yet again to the sanctions well. It is a well that is running dry, with the United States having already sanctioned almost every sanctionable thing in the Iranian economy. About the only practical effect of the administration’s most recent move on this front, which involved placing a terrorist designation on the Iranian central bank, has been to remove the remaining financial channel for paying for imports of food, medicine and medical devices—thus contradicting past administration assurances about allowing humanitarian goods to enter Iran. A just-released University of Maryland poll shows that most Iranians don’t believe those assurances.

One possible interpretation of this latest sanctions move is that the administration’s assurances have been not only false but especially pernicious in that making the Iranian population suffer in every way possible was always central to the strategy. The civilian suffering would, under this hoped-for scenario, lead either to a popular uprising and regime change or to the Iranian regime lashing out in a way that would give U.S. hawks the war they always wanted.

Another possible interpretation is that the civilian suffering from things like shortages of medicines is not part of the strategy but rather collateral damage, as the administration has become so fixated on the pressure campaign as an end in itself that everything else has become a lower priority.

The other new step the Trump administration is taking in an effort to look tough is to dispatch 1,800 more U.S. troops to Saudi Arabia. This move will augment the deployment this summer of some 500 U.S. military personnel to Saudi Arabia’s Prince Sultan Air Base, which was the first such deployment to the kingdom since troop movements associated with the U.S. invasion of Iraq. The Pentagon had announced, shortly after the attack on the Saudi oil facilities, the impending deployment in general terms, and last week added the details about which forces would be deployed. When a reporter asked Trump last Friday how he could reconcile this deployment with his statements that it is a mistake to be in the Middle East, the president’s response was that Saudi Arabia is a “very good ally” and “has agreed to pay us for everything we’re doing.”

Secretary of Defense Mark Esper, in his original announcement of the deployment, stated three less impromptu rationales. The first is “to send a clear message that the United States supports our partners in the region.” This raises questions about whether the message being sent is the most appropriate one to send right now, and about what would be most constructive for the “partners” to do in response. Does the administration fear that Saudi Arabia will see the need to cool down, rather than further heat up, a military confrontation in the Persian Gulf? That would be very constructive on the Saudis’ part, however much it would frustrate the plans of hawks in the U.S. administration. The United States should be giving fewer blank checks and reassurances to the Saudis and instead influencing Riyadh in the direction of conflict resolution. This would include positively responding to the Yemeni Houthis’ offer of a compromise settlement of the war in Yemen.

The defense secretary’s second stated reason for the troop deployment was “to ensure the free flow of resources necessary to support the global economy.” This rationale rings hollow, given that it was the United States, not Iran, that began an attack on the flow of petroleum resources—by using all available political and economic tools of pressure to try to reduce Iranian exports to zero and thereby prevent what would have been substantial production and export of oil from “supporting the global economy.”

Esper’s third rationale was “to demonstrate our commitment to upholding the international rules-based order that we have long called on Iran to obey.” That, too, rings hollow, given that it was the United States, not Iran, that blatantly violated a multilateral nuclear agreement (the Joint Comprehensive Plan of Action) and has flouted United Nations Security Council Resolution 2231, which was the international community’s formal adoption and endorsement of that agreement.

Left unmentioned in Secretary Esper’s press conference was how the current crisis, including Iran’s part in it, is clearly a direct response to the Trump administration’s pressure campaign. One has to admire the secretary’s ability to keep a straight face when uttering a line such as “the United States and other countries have demonstrated great restraint in hopes that Iranian leadership would choose peace” when the administration he serves has attempted to destroy Iran’s economy despite what was full Iranian compliance with the JCPOA.

It is unclear how much practical military difference the new deployment will make. Probably the main function the U.S. troops will serve as a tripwire, in which the early loss of U.S. lives in combat affecting Saudi territory will ensure U.S. involvement in the ensuing war. That is not a function to be valued. It means reducing U.S. freedom of action and automatically involving the United States in someone else’s war. The function also speaks poorly of policymakers who would put their countrymen in a spot where they could die on behalf of the Saudi side of a regional dispute.

Also left unmentioned was another likely way in which those troops could become casualties, which is as targets of terrorist attacks. This hazard is part of a much larger story of how foreign military occupation, or what some locals come to perceive as military occupation, has been a prime motivation for international terrorists. Eastern Saudi Arabia has figured prominently in this story. Despite the oft-recited mantra about Iran as the “number one state sponsor of terrorism,” one has to go back more than two decades to find an operation that met the State Department’s definition of terrorism, that drew American blood, and that Iran had a hand in. That was the bombing of the military barracks at Khobar Towers in Saudi Arabia in 1996. It was a direct response to the United States deploying its military on the ground in someone else’s neighborhood.

The greater danger to the troops in Saudi Arabia may be not from the sort of Shia who did Khobar Towers but from the Sunni extremists who have been the much larger part of anti-U.S. international terrorism in recent decades. Here again, eastern Saudi Arabia figures prominently. It was the U.S. military buildup there following the Iraqi invasion of Kuwait in 1990 that, more than anything else, radicalized Osama bin Laden and launched him on his terrorist campaign of attacking the “far enemy” of the United States.

These episodes have illustrated counterproductive aspects of U.S. military deployments as far as terrorism is concerned, which usually have outweighed productive aspects whether those deployments were made on behalf of a “war on terror” or for some other declared reason. The newest deployments are in danger of becoming additional chapters in the same unhappy story.