Is the United States Still “Free”? 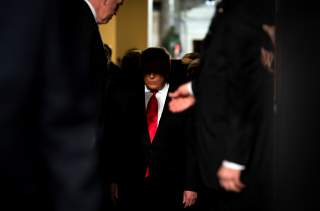 Freedom House recently released its latest annual report on the state of political rights and civil liberties around the world. The picture is mixed as always, with many reasons for pessimism along with some glimmers of hope. The number of countries whose performance worsened in 2018 was greater than the number that improved, although the differential between backsliders and improvers was less than in 2017.

A salient recent trend has been the worsening performance of the United States. This development is so conspicuous that a major part of this year’s report, in addition to the usual regional summaries and discussion of global trends, is an essay by Freedom House president Michael Abramowitz about the relevant problems in the United States. Abramowitz notes that some current challenges to U.S. democracy preceded Donald Trump, citing “intensifying political polarization, declining economic mobility, the outsized influence of special interests, and the diminished influence of fact-based reporting in favor of bellicose partisan media.”

Trump’s entry into office coincided, however, with the sharpest recent drop for the United States on Freedom House’s scorecard, between 2016 and 2017. Abramowitz observes, “There remains little question that President Trump exerts an influence on American politics that is straining our core values and testing the stability of our constitutional system. No president in living memory has shown less respect for its tenets, norms, and principles.”

The kind of cross-national comparison that the Freedom House report makes possible could be used beneficially to put many domestic U.S. policy debates into better perspective than they now enjoy. This would be true of subjects ranging from health care to gun control. Domestic frames of reference develop that are myopic in disregarding larger frames of reference that extend beyond U.S. borders. Policy alternatives that may get dismissed as on the fringe of the limited framework that characterizes much American debate are revealed to be middle-of-the-road when shifting to the larger frame of reference.

As for the elements of freedom and democracy that go into Freedom House’s scorecard, what the usual, myopic American view regards as U.S. leadership in exhibiting liberal democratic values turns out to be only a middling performance. The United States still is rated as “free” in a threefold typology in which the other categories are “partly free” and “not free,” but in Freedom House’s numerical scoring system the United States ranks behind fifty-one of the eighty-seven countries that are labeled “free.” Given the enormous advantages that the United States enjoys—including its wealth, geography-bestowed security, and constitutional tradition and history—it can and should do much better than that.

All Americans, even ones who have no interest in foreign relations, ought to be concerned about this pattern. The deficiencies and the unfavorable trend are primarily worrisome from the standpoint of the health of American democracy itself.

There also are, however, implications for foreign relations. This is partly because of the outsize global influence of the United States as the world’s superpower. It is partly because the United States defines itself to the rest of the world in terms of an ideology of freedom and democracy rather than an ethnicity. The consequences for foreign relations do not depend on the adoption of any specific grand strategy regarding the promotion of democracy abroad.

One consequence is that others see the United States as hypocritical whenever it lectures, complains to, or pressures other nations about being insufficiently free and democratic. The U.S. message carries less weight and credibility than it otherwise would, and the ill effects are likely to outlast the Trump administration. A further follow-on effect is increased cynicism about any U.S. messages on any topic.

Another consequence is that American departures from the values of liberal democracy at home embolden authoritarian rulers abroad, some of whom delight in making explicit comparisons with what the United States is doing. This is true even without explicit favoring of authoritarian regimes over democratic ones, as with much of Trump’s policy toward Europe. Several authoritarian rulers around the globe, for example, have happily followed Trump’s lead in attacking the concept of a free press.

Yet a further consequence is that U.S. leaders deal with foreign counterparts without as much backing and legitimacy, as representatives of a robust democracy, as they otherwise would have. This problem adds to whatever similar consequences stem from divided government and from the fact that in two of the last five U.S. presidential elections the prize went to the loser of the popular vote.

The most important dealings are not those with tin-pot dictatorships that still rank much lower than the United States but instead those with other advanced countries. Consider, for example, NATO, as one forum in which dealings matter a lot. On the Freedom House scorecard, the United States ranks twenty-one out of twenty-nine members of the alliance—in other words, in the bottom third. If NATO has a continuing reason for existence, that reason must have something to do with protecting Western liberal democracy. The United States has been vocal about who is carrying their weight in military spending but has a less commendable record in carrying its weight on the liberal democratic part of it.

Or consider the European Union, which both Trump and British Brexiteers consider to be an affront to the popular will of individual nations. The United States ranks behind twenty-three of the twenty-eight EU members—barely higher than the bottom fifth. A broader comparison would be with the G-20, a sort of global board of directors that includes authoritarian regimes such as Russia, China and—the lowest ranking of the G-20 states—Saudi Arabia, which is tied for seventh from the bottom in Freedom House’s overall worldwide ranking. Even with these undemocratic countries in the G-20 pack, the United States is only in the middle of the pack: ninth out of the twenty members.

Perhaps the most apt comparison is with the G-7, an older and more exclusive club of advanced democracies. The United States ranks dead last among the seven.

Unfortunately, the blithe assumption that the United States is the epitome of freedom and democracy mean that few Americans are likely to heed Freedom House’s warning signs about the state of their own democracy.