The Values Gap: Israel’s Election Is a Wake-up Call for America 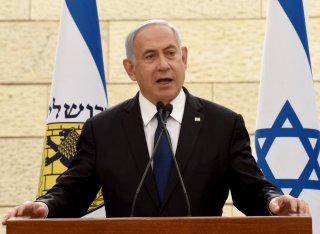 The prospective entry of openly extreme political figures into a new Israeli government is causing consternation among those in the United States who want to preserve the extraordinarily privileged relationship that Israel enjoys with the United States. The Israeli political parties drawing attention are Religious Zionism and Jewish Power, which allied in Israel’s recent election to form what is now the third-largest bloc in the Knesset and the second-largest in the incoming government that Benjamin Netanyahu is putting together, surpassed only by Netanyahu’s own Likud.

The leader of Religious Zionism, Bezalel Smotrich, is distinguished by such positions as applauding developers for not being equal opportunity home builders, saying that “God commanded Jews not to sell homes to Arabs,” and advocating segregation of maternity wards to keep Jewish and Arab women apart. He has said to Arab members of the Knesset, “You’re here by mistake, it’s a mistake that [David] Ben-Gurion didn’t finish the job and didn’t throw you out in 1948.”

The leader of Jewish Power, Itamar Ben-Gvir, is even more extreme than Smotrich, at least in his methods if not substance. Ben-Gvir’s early political activity was with Kach, the party that Rabbi Meir Kahane formed and was denounced and branded by several countries—including the United States and Israel itself—as a terrorist group. Ben-Gvir still cites Kahane as his political lodestar and hero. Until recently, Ben-Gvir displayed in his home a portrait of Baruch Goldstein, the terrorist who killed twenty-nine Palestinian worshippers and wounded 125 others in a massacre at a mosque in Hebron in 1994. Ben-Gvir has been convicted of incitement of terrorism and racism and as a young man was kept out of the Israeli military because of his extremism.

Religious Zionism and Jewish Power are likely to convert their political strength into something like two cabinet seats for each in the new government. Ben-Gvir wants the public security portfolio for himself, and there is a good chance he will get it. An equivalent in the United States would be if someone who had admired and associated with terrorists, who displayed blatant hatred toward an ethnic minority, and who had been convicted of crimes related to terrorism and racism, was to become the U.S. secretary of homeland security.

New York Times columnist Thomas Friedman laments the Israeli election result and the prospective role of Religious Zionism and Jewish Power, in a column headlined “The Israel We Knew Is Gone.” But what exactly was the Israel we “knew” prior to this latest election? Perhaps we can take a cue from some of the Palestinians who, notwithstanding all that is scary in what Smotrich and Ben-Gvir represent, see little difference from what they already know first-hand from living under Israeli rule.

One of Ben-Gvir’s extreme anti-Palestinian positions, for example, is to advocate blanket immunity for Israeli soldiers who shoot Palestinians. But that would represent no de facto change from the status quo, in which soldiers who kill innocent Palestinian civilians are almost never punished, and it is only when video of an incident happens to become public that even wrists are slapped.

The underlying policies and attitudes in Israel go far beyond Religious Zionism and Jewish Power, even if those parties and their leaders are more unabashed than most about such things. Their role in government is not being forced on Netanyahu. To the contrary, Netanyahu, who already has logged more years as Israel’s prime minister than anyone else, actively brokered the alliance between Religious Zionism and Jewish Power as part of his effort to build a winning coalition, and had done similar coalition-building with the same people and parties before earlier elections.

The attitudes involved go beyond the political elite and extend to much of the Israeli population. A poll taken six years ago, for example, showed that 48 percent of all Israeli Jews agree with the statement “Arabs should be expelled or transferred from Israel,” while 46 percent disagreed. In the same poll, 79 percent of Jewish Israelis said that Jews should receive “preferential treatment” in Israel.

Notwithstanding the current focus on the most recent election results, the entrenchment in Israel of extreme, intolerant ethnoreligious attitudes and policies has been a story long in time as well as broad in scope. There is no single point at which that story could be said to have begun. Likud’s first assumption of power, under the former terrorist group leader Menachem Begin, in 1977 was one significant point along the way. So was Israel’s conquest of the West Bank and Gaza in the war it initiated in 1967, which stoked a kind of nationalism that set a slippery slope toward today’s malign attitudes and policies of occupation. Or maybe one needs to go back to the earliest days of the Israeli state, when Ben-Gurion—although he did not “finish the job” of expelling Palestinian Arabs in what the Palestinians remember as the Nakba or catastrophe—did acknowledge what the establishment of a Jewish state meant for the non-Jews who were there. “There is a gulf, and nothing can fill that gulf,” said Ben-Gurion. “We, as a nation, want this country to be ours; the Arabs, as a nation, want this country to be theirs.”

Those wringing their hands over the Israeli election result and what it might mean for U.S.-Israeli relations voice a shibboleth of the American political class, which is that the relationship is based on having “values” in common. “Americans identified with Israel because of shared values,” assert Dennis Ross and David Makovsky of the Washington Institute for Near East Policy. State Department spokesperson Ned Price uses similar vocabulary, saying, “What makes this relationship so strong and what has made it so strong since Israel’s independence to the present day is that this is a relationship that has always been based on our shared interests, but importantly our shared values. And we hope that all Israeli Government officials will continue to share the values of an open, democratic society, including tolerance and respect for all in civil society, particularly for minority groups.”

“Continue to share?” Nothing can be more fundamental in American values—at least ones that Americans ought to be proud of—than, as Price’s later words suggest, being a free and full democracy with equal rights for all, regardless of race, creed, or ethnicity. And there is no way a state that by law privileges one ethnoreligious group over others—and that by practice subjects those not in the privileged group to oppression that is systematic and pervasive enough for multiple human rights organizations to document what they correctly describe as apartheid—can legitimately be said to be sharing and observing such values.

Related to the values shibboleth is a mantra about Israel being “the Middle East’s only democracy.” But no state that denies to nearly five million people—about a third of the people in the land it rules—any say in the choice of their rulers is a democracy.

Israel does use democratic procedures among the other people under its rule, and for the people who were able to vote in Israel’s recent election, the election was by all indications free and fair. Herein lies an irony: those, like Ross and Makovsky, who cling to this part-of-the-population use of democratic procedures to claim that Israel shares democratic values are, in the same breath, expressing unease about what resulted from use of those procedures. The more appropriate lesson they ought to draw is that the likes of Smotrich and Ben-Gvir were not thrust into the current Israeli political situation by some aberrant force. They are coming into power because a lot of Israelis agree with their messages and voted for them. They are now part of the Israeli mainstream.

Shared values do not explain or justify the extraordinary nature of the U.S.-Israeli relationship, given that the most important values are not shared. If anything good is to come out of the Israeli election result, it may be greater recognition of this truth.

The foreign policy implication for the United States is that an extraordinary relationship should be replaced with an ordinary one, with everything that implies regarding the transfers of wealth to an already wealthy country, vetoes at the United Nations that increase the isolation of the United States, and other manifestations of the extraordinary relationship. Good realist policy would still call for extensive dealings with Israel because of its significance and clout in its region—just as the United States also has extensive dealings with many other states which are undemocratic and with which it does not share fundamental values.