What Congress Must Know about the Trump Administration's Foreign Policy Failures 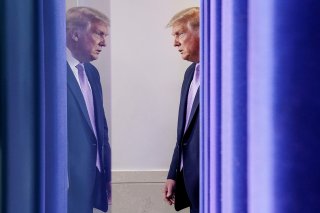 Director of National Intelligence John Ratcliffe has told the Senate intelligence committee that he is willing to present to Congress in August, along with heads of the major intelligence agencies, much-delayed testimony on worldwide threats facing the United States. The catch is that the only public testimony he is offering would be a prepared statement; questions and answers would be relegated to a closed session. Such a procedure would be contrary to what for years had been the usual procedure for the intelligence community’s annual appraisal of global threats, with questions and answers before multiple committees in both open and closed sessions.

The most recent use of that procedure was in January 2019, when Dan Coats was still the director of national intelligence. President Donald Trump subsequently complained publicly about judgments that the intelligence agencies presented that Trump found inconveniently at odds with his policies. These included the agencies’ observations that North Korea was not about to give up its nuclear weapons and that Iran was still observing the agreement that limited its nuclear program. When it was time for the next edition of the worldwide threat presentation early this year, the intelligence community, then led by acting director Richard Grenell, resisted any public testimony at all. And there the matter has stood for the past six months.

The intelligence community’s annual assessment of worldwide threats is delivered every year toward the beginning of the year and is one of its most important products. Its usefulness comes from its comprehensiveness, along with a sense of the priorities that the intelligence agencies believe each danger warrants. Even if the incumbent administration does not shape its policies accordingly, the assessment serves as a record of how the part of the government with the best available information and an objective and nonpolitical mission saw threats to U.S. interests. The 2001 assessment, for example, by identifying international terrorism and more specifically Osama bin Laden’s group as the number one threat to U.S. security, belied the narrative later promoted by the staff of the 9/11 Commission and others that the danger that would materialize in September of that year had not been sufficiently appreciated.

That value depends, however, on the assessment’s preparation being guided by an objective and nonpolitical sense of mission. This certainly cannot be assumed when a partisan warrior such as Grenell or Ratcliffe is in charge.

In this situation, a prepared statement offered in public testimony is less useful than probing questions from committee members and responses to those questions. A statement can be massaged in ways that, as a matter of emphasis and nuance, are designed to avoid the Trump White House’s displeasure. Even if there is no specific assertion directly at odds with the judgments of professional intelligence officers, the impression left with the public may be much different from what a politically unbiased statement would leave.

There is some convergence of preferences, albeit for different reasons, between partisan warriors and intelligence professionals in not wanting full public testimony. The professionals, besides always being concerned about safeguarding intelligence sources and methods, would rather not have the discomfort of publicly telling inconvenient truths that will raise the ire of a president who doesn’t accept such truths. A partisan who, like Ratcliffe, carries water for the president, would rather not have such truths aired at all.

Of course, there will be plenty of partisan motivations, among both Democratic and Republican committee members, underlying the selection and shaping of questions whenever cameras and microphones are on in a committee room. But such public give-and-take may be the only way for the rest of the country to learn of judgments of the intelligence agencies that ought to inform public debate on some important foreign policy issues.

Several topics immediately come to mind that would benefit from aggressive questioning but are likely to be massaged into mush in a statement prepared by Ratcliffe. One of the most important is foreign interference in U.S. elections. Congress already has received one prepared statement on that topic, from the director of the National Counterintelligence and Security Center William Evanina, that was too mushy to be of much use. The statement threw China, Iran, and Russia into the same mix as if they all pose the same problem, which they clearly don’t—and Russia and Iran would have opposite preferences regarding the outcome of the 2020 presidential election. Of course, Donald Trump doesn’t want anyone to talk about Russian election interference, but that should not be a reason to avoid open discussion of the topic in sessions with members of Congress and leaders of the intelligence community.

The subjects that got Trump upset with last year’s worldwide threat testimony—North Korea and Iran—raise many more useful questions. Those on North Korea include future nuclear and missile developments and possible machinations within Kim Jong-un’s regime. When it comes to Iran, Congress needs to know how much worse will be the Iranian response to the administration’s “maximum pressure” campaign, which already has stimulated more Iranian nuclear activity, more aggressive actions in the Persian Gulf region, and more hardline politics in Tehran.

Then there is China and everything Congress ought to be thinking about in the wake of Secretary of State Mike Pompeo’s recent combative speech on the subject. How do the intelligence agencies think Beijing will respond to this declaration of a new cold war?

An unconstrained examination of the intelligence community’s thinking on these and other topics always would be useful. It is especially so with an administration as determined to stifle inconvenient truths as the current one.