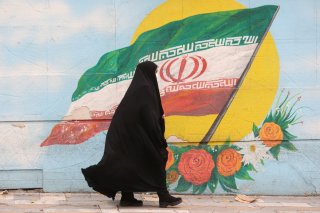 Reports of an increase in clandestine Iranian operations against persons abroad—including, but not limited to, exiled Iranian dissidents—will naturally feed the most disparaging images of Iran. Such images commonly feature not only the despicable nature of the operations themselves but the notion that such behavior is somehow inherent to the Iranian regime. Familiar rhetoric embodies an apparent assumption that the conduct is hard-wired into Iranian genes.

A ritually repeated example of such rhetoric is a reference to Iran as the “number one state sponsor of terrorism.” A Google search that links “Iran” to that phrase or to “leading state sponsor of terrorism” yields more than 50,000 hits. But users of such formulations almost never address the larger conflicts that are the context for the terrorism in question, nor the international terrorism that other states in the region practice at least as unashamedly as Iran, and sometimes against Iran.

The assumption about hard wiring is mistaken on multiple counts, which can be seen by recognizing that Iran, as a nation-state, exhibits several of the attributes that almost all nation-states exhibit. For one thing, Iran has politics—disagreements within the country and within the regime over policy and struggles for control of policy. The disagreements and the struggles persist in Tehran despite the current domination of hardliners over moderates.

Intra-regime politics were recently manifested in the somewhat confusing indications about possible abolition of Iran’s morality police and whether the regime would or would not continue to enforce female dress codes. The confusion almost certainly reflected disagreements within the regime about how best to respond to the current protests in Iranian streets. The disagreements are partly over tactics, but also probably entail more profound differences over the regime’s priorities and values.

Nation-states also typically have concerns about their security—sometimes tinged with paranoia but also involving genuine security threats. Iran has had plenty of genuine threats to its security to worry about, even before the current domestic protests. These have included explicit threats of military attack against Iran and the reality of sabotage inside Iran—by states with the demonstrated capability and willingness to perform each—as well as being targeted by other forms of international terrorism and seeing shelter given to groups dedicated to revolutionary violence in Iran.

Much of the conduct of nation-states is reaction to the policies and conduct of other nation-states. What others do to a state typically goes a long way in determining what that state decides to do to others. That observation is uncontroversial when applied to, say, U.S. policy toward Iran. Almost no one in Washington argues that America’s own policy is due to something hard-wired in Americans, rather than being a response to what Iran does.

But flip the roles, and the observation no longer gets widely accepted. The prevailing bias is toward perceiving all Iranian behavior as stemming from qualities inherent in Iran or its regime, rather than being a reaction to what the United States or other foreign states do to Iran. Such a bias is common in interpersonal as well as interstate relations. Social psychologists call it the fundamental attribution error. The bias shapes American perceptions of Iran even though Iran, not being a superpower like the United States, is more likely than the United States to be buffeted by the actions of other states and less likely to be the one doing the buffeting.

Iran’s past indulgence in clandestine operations abroad and especially assassinations of exiled dissidents demonstrate how reaction to the policies of other states has affected Iranian policies. In the first few years after the Iranian revolution, such operations were numerous. Tehran’s curbing of the operations a few years later was in large part a response to the refusal of European governments to have anything but frigid relations with Iran as long as assassinations took place on European soil.

Tehran’s concern for the temperature of its relations with Western countries—and by implication, the policies of those countries toward Iran—also has shaped Iran’s policies regarding its nuclear program. The ups and downs of that program have been reactions to changes in U.S. policies toward Iran. Faced with U.S.-led sanctions that had not been applied to other states with nuclear programs, Iran responded by using escalated enrichment of uranium as a bargaining chip. When U.S. policy changed by dropping an insistence on zero enrichment as a condition for sanctions relief and better relations, Iran responded by negotiating an agreement that drastically cut back its nuclear program, placed it under intense international monitoring, and closed all possible paths to a possible nuclear weapon.

When U.S. policy changed again—with President Donald Trump totally reneging on the nuclear agreement in 2018 and adopting a policy of “maximum pressure” that remains in effect today—Iran responded by once again using escalated uranium enrichment as a bargaining chip and adopting a more aggressive regional policy. A political response in Tehran also included the discrediting of the pragmatic leaders who had negotiated the nuclear agreement and a solidifying of the hardliners’ hold on power.

In short, Iranian policies and Iranian politics would be much different today if U.S. policy had not taken the turn it did in 2018.

Tehran’s future policies on nuclear matters will again be in very large part reactions to U.S. policies toward Iran. Especially important in this regard will be whether U.S. good faith, shattered four years ago, in abiding by agreements can be restored, and how much threats of military attack will strengthen voices in Tehran arguing that the country needs a nuclear deterrent.

To the extent Iran’s lethal clandestine activities are aimed not just at exiled dissidents, the Iranian policy involved is almost entirely a reaction to what other countries, including the United States, have done to Iran. This was apparent ten years ago when some not-very-successful attacks aimed at Israeli diplomats in Asian capitals clearly were an attempt at tit-for-tat retaliation for the serial assassination of Iranian nuclear scientists.

The signal event underlying similar Iranian activities during the past couple of years was the assassination of Major General Qassem Suleimani at the Baghdad International Airport in January 2020. Suleimani was a significant political as well as military figure who enjoyed widespread popularity in Iran. The fact that the United States killed him with its advanced technology—an air-to-surface missile fired from a drone—made the assassination no different in Iranian eyes from one carried out with a car bomb or ground-based gunmen.

The most worrisome Iranian clandestine operations have increased significantly since the assassination of Suleimani. Although an Iranian missile attack a few days after the assassination, against air bases in Iraq used by U.S. forces and incurring no fatalities, was intended as partial retaliation, Iranians made clear they did not consider the books closed on what was done to Suleimani. A further attempt at retaliation was an apparent Iranian plot earlier this year to assassinate former U.S. national security adviser John Bolton.

Americans are entitled to feel outraged about any such plot, to insist that U.S. agencies continue to combat such Iranian efforts, and to be thankful when such a plot is foiled, as this one was. But such sentiments do not remove the need to understand what motivates such plots. Bolton’s previous position in the Trump administration made him in the Iranian estimation one of the closest possible equivalents to Suleimani. The plot against Bolton was unlikely ever to have been hatched if the United States had not killed Suleimani.

None of the foregoing diminishes the extent to which Iranian policies and conduct are also functions of the internal problems that Iranian leaders have made for themselves, as the recent protests in Iran highlight. But to overlook or downplay the very large degree to which the policies and conduct are reactions to what other states, and especially the United States, have done to Iran is to fail to understand the sources of Iranian behavior.

In this respect, discourse in the United States about Iran forms a contrast with discourse about Russia in the ten months since Russia invaded Ukraine. A vigorous debate has ensued among policy analysts over how much the war was caused by earlier Western policies toward Russia and toward the expansion of NATO, and how much the causes are to be found in the imperial urges of Vladimir Putin. That debate has not reached a clear conclusion, but at least it acknowledges the significant role that U.S. policies can play in motivating destructive behavior by a foreign adversary. Little or no such acknowledgment has emerged in discussions about Iran, and understanding among Americans of why Iran does what it does has suffered.