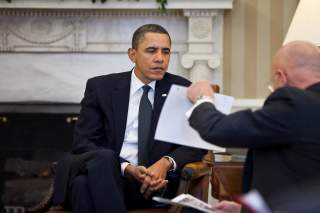 As President-elect Donald Trump establishes his national-security team and delves into major foreign-policy issues, it is clear that he begins with a dim view of what intelligence can offer. Like many presidents-elect without previous national-level government experience, he does not know what to expect from intelligence. It behooves the Intelligence Community to educate him on this, and the Congress to monitor closely the use that the new administration makes of intelligence.

Trump and his closest advisers have now demonstrated disinterest in the usual pre-inauguration intelligence briefings and outright disdain for intelligence findings. He has not met with the current director of national intelligence, nor has he yet appointed one of his own. He has selected as his national security advisor Michael Flynn, who reputedly had major disagreements with the DNI and other officials in the Intelligence Community and was ousted from his position as director of the Defense Intelligence Agency because of management problems. Flynn has shown a propensity for pushing his own beliefs on matters such as political Islam without basing those beliefs on fact. Reportedly, when director of DIA, he pushed analysts to come up with evidence (of which there was none) that Iran was involved in the attack on the U.S. diplomatic compound in Benghazi, Libya.

Trump also has selected as his CIA director a staunchly partisan hawk from the House Intelligence Committee, Mike Pompeo. This appointment may mark a return to a CIA director having strong views that overrule the analysts’ judgments on important matters of foreign affairs that are pertinent to administration policies. Some previous directors—such as John McCone under John F. Kennedy and William Casey under Ronald Reagan—were not shy about expressing personal views that were at odds with their own analysts’ judgments. That is their prerogative. But having a policy advocate in the director’s office can have a pernicious effect on the objectivity of intelligence provided to the president and other senior officials.

So far, the president-elect has not been willing to consider the facts as understood by national-security professionals. Nor does he recognize experts’ opinions as necessarily important. All of this suggests that intelligence analysts will have a tough time finding a way to engage the president in a useful and informed dialogue on the key foreign-policy challenges he faces. Transition advisers’ statements that the president-elect is not inclined to take daily briefings once in office also suggest an “arms-length” posture, which will not allow the Intelligence Community to understand the new administration’s intelligence needs and will also set up the conditions for frequent “surprises” when events occur about which the Oval Office is not informed.

More troubling, Trump’s dismissal of U.S. intelligence claims that the Russian government had sought to influence the U.S. presidential elections suggests he views intelligence professionals as incompetent or partisan. Trump pooh-poohed these judgments against a highly popular Vladimir Putin, whom the president-elect seems to admire. But he cannot afford to ignore Russia’s broader and belligerent behavior, including its violation of the treaty on intermediate-range nuclear forces, its frequent military probes of NATO airspace and its installation of missiles opposite European allies. These are well documented by sources other than U.S. intelligence and represent a pattern of action designed to weaken allied resolve and confidence in U.S. defense guarantees. If President Trump proves to be a decisionmaker adverse to accepting bad news or information that is at odds with his own perceptions, he will surely find himself badly served by the Intelligence Community.

That said, the Intelligence Community is used to presidents not accepting its analysis at face value. Presidents ought to question and probe the basis for the analysis. Historically, the IC has had to earn the trust of each incoming president. But this could prove difficult with Mr. Trump, particularly if he chooses to delegate intelligence-brief consumption to National Security Advisor Flynn. This would not be the first time a president was content to let his NSC adviser serve as a filter of “intelligence that fits.” Henry Kissinger was routinely the White House official who received CIA assessments and determined what President Nixon should read. Nixon, like Trump, had a strong disregard for CIA and State Department professionals and did not trust their judgments. So it was left to the president’s national security advisor to determine whether intelligence suited the president’s worldview.

The first line of defense against misuse of intelligence lies within the agencies themselves. The CIA has an “ombudsman” for politicization, which is typically a former senior professional who is responsible for reporting cases of politicization to the Congress. This individual’s status should be elevated and given more independence to explore alleged instances of politicization on the part of the administration. Also playing an important role are the inspectors general of the intelligence agencies, who have an independent reporting line to Congress.

The other major safeguard must be the intelligence committees of the House and Senate, which serve a vital role as surrogates of the American people in overseeing intelligence work that must take place behind closed doors. The Congressional committees first have an obligation to press those nominated to senior intelligence positions on how intelligence will be delivered to President Trump and what measures they will support to prevent the kind of politicization of intelligence we have seen in the past. Then the committees must continue vigorous oversight to help ensure that facts and not fiction are the basis for important foreign-policy decisions.