Why Russia is Discrediting American Democracy 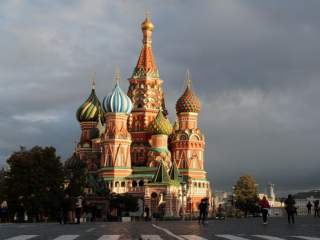 According to a front-page story in the Washington Post, U.S. agencies are investigating what they perceive as “a broad covert Russian operation in the United States to sow public distrust in the upcoming presidential election and in U.S. political institutions”. The story is vague and short on details. But we can learn something about ourselves by reflecting on why the Russians may calculate it is worthwhile to do such an operation—with the emphasis on sowing distrust in the U.S. political process and not necessarily on trying to achieve a particular electoral outcome. We can assume that the Russians are not dumb and that they have valid reasons to conclude that the operation would be in Russian interests and worth the effort.

One fundamental reason is that trust in American democracy—and the worthiness of that democracy in receiving such trust—is an important asset for the United States, and one that is relevant to international competition with Russia. Trustworthy democracy represents an advantage over Putin's Russia, which is a democracy in name but a highly and patently imperfect one. This asset does not figure in much American discourse about international competition with Russia, discourse that tends to focus more on such things as who has gotten someplace first with military power. Evidently the Russians figure things differently.

Democracy has not proved to be much of an asset when it has been wielded as if it were another military tool, to be thrust forcefully into foreign lands. The explaining away of troubles as “birth pangs of democracy” has been met with derision. Nor do most foreigners necessarily care much about democracy per se within the United States. But impressions of, and the influence of, the United States do depend in part on whether American politics and society are seen as representing basic fairness and government in the interests of the governed—and trustworthy democracy has much to do with that.

It is not only foreign impressions but also the trust of Americans themselves that is important and relevant to the ability of the United States to compete with the likes of Russia. Trust in one's own political system is a key ingredient in maintaining necessary domestic support for overseas endeavors. Insufficient trust is readily apparent to, and can be exploited by, outsiders.

That gets to another apparent Russian calculation: that this American asset is weakening and is vulnerable to being weakened further. The most effective disinformation campaigns are ones that build on an element of truth. One of several unfortunate truths regarding the weakening integrity of American democracy involves the destruction of campaign finance laws and making electoral outcomes reflect the wallets of a few at least as much as the minds of many. Another unattractive and undemocratic element is the extensive gerrymandering in which both major parties indulge, thereby subordinating popular will to the crude power of incumbency. Even more of an affront to democracy in the last few years has been the blatant use of legislative power at the state level by members of one party to impede the ability of followers of the other party to exercise their right to vote, with the rationale for this power play being prevention of a form of voter fraud that has been so rare as to be almost nonexistent. American democracy is looking less and less distinct from the rickety versions of democracy in much of the less developed world, in which the bending of rules by incumbents to frustrate challenges to their rule is common.

Most recently we have the presidential nominee of one major party, Donald Trump, declaring preemptively that if he loses it will be because the process was rigged. This also sounds a lot like many of those unstable political systems that purport to be democracies, and in which non-acceptance of electoral results is common. (See Gabon for a recent example.)

American democracy is less of a shining, distinctive exemplar of political fairness and popular sovereignty than it once was. Russian propagandists and covert operators do have plenty of material to work with.

Meanwhile, Norman Birnbaum has good advice for Hillary Clinton in urging her “to shelve her devotion to extending democracy to the rest of the world to concentrate on rescuing it for ourselves.”