Why the Trump Impeachment Case is Different 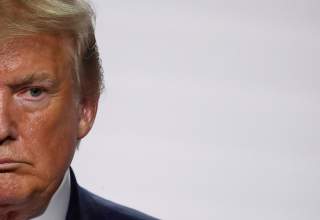 Amid the stream of impeachment-related developments in recent weeks is a largely overlooked contrast with the cases of the three previous presidents who have faced impeachment: U.S. foreign relations are at the center of the impeachment case against Donald Trump.

The impeachment of Andrew Johnson involved a dispute with Congress over presidential appointment powers, embedded in a larger policy disagreement between Johnson and the dominant faction in Congress regarding post-Civil War reconstruction. Richard Nixon’s offenses centered on a cover-up of criminal activity within the United States undertaken for partisan political purposes, along with an associated obstruction of justice and abuse of power. Bill Clinton was impeached for not being forthcoming about a dalliance with an intern. Events beyond the nation’s borders had almost no role in any of those cases. But what has most energized the current movement to impeach Trump has been his subordination of U.S. relations with foreign countries, and specifically Ukraine, to his efforts to dig up dirt on his political opponents.

Setting aside any assessments of Trump’s behavior and how to judge it, the focus on foreign relations ought to be refreshing for anyone who is concerned about U.S. foreign policy and bemoans the deficiency of attention in U.S. politics to many important foreign policy issues. This deficiency is a long-standing pattern, rooted in the simple fact that most American voters naturally care more about what they can see and feel close to home than about aspects of U.S. foreign relations that ultimately may affect their interests but about which they have little or no awareness. Ukraine is a large country that figures prominently in relations with Russia, European security, and post-communist political development, but without the news about Trump’s and Rudy Giuliani’s doings, most Americans would be hard-pressed to identify even the most basic facts about Ukraine.

The foreign relations side of the current news-hogging impeachment story ought to be a teaching moment for the nation about two important principles. One is that U.S. foreign policy and foreign relations should be guided solely by the best interests of the United States as a whole, and not by personal or partisan interests of anyone who happens to hold office at the moment. Violation of this principle means that U.S. interests are being ill-served, because those interests are often different from those of the more personal or partisan variety.

The other principle is that there should be no involvement by foreign countries or foreign interests in domestic U.S. politics, and that no American should countenance such foreign involvement. Violation of this principle also means that U.S. interests, which are never identical with the foreign interests, are ill-served. Moreover, it means that the United States would no longer have a government of, by, and for the American people but instead would partly be of, by, and for someone else.

The Founding Fathers considered these principles important, as reflected in the Federalist Papers. The authors’ priorities were reflected in the fact that, after an introductory essay by Alexander Hamilton, the next four installments, written by John Jay, were on this subject, under the title, “Concerning Dangers from Foreign Force and Influence”. A major theme throughout the Federalist Papers’ defense of the newly written U.S. Constitution was the need for unity of Americans, and this applied to foreign relations at least as much as to anything else. As James Madison put it in essay number 42, “If we are to be one nation in any respect, it clearly ought to be in respect to other nations.”

Utilization of the current teaching opportunity faces three major impediments. One is the tendency to conflate the issue of integrity of foreign policy with substantive differences over the content of foreign policy. Important messages regarding the former get muddied by disagreements over the latter. This is happening today, as vociferous attacks on Trump’s Syria policy gets casually lumped together in anti-Trump criticism with his integrity-violating efforts to get foreign governments to find dirt on his political opponents. Notwithstanding any valid criticisms regarding the Syria policy, that problem does not appear to involve, in the same way the Ukraine case does, an improper subordination of a relationship to personal and partisan interests—unless it turns out that Trump’s policies have been motivated by his business interests in Turkey and a desire to stay in good graces with the Turkish president because of those interests.

A second impediment is the complexity of something like the messy Trump/Giuliani/Ukraine story and the difficulty most Americans will have in fully grasping it. The difficulty would be there even without the obfuscation caused by pro-Trump ads that perpetrate blatant lies about Trump’s opponents and the willingness of profit-motivated tech companies and some media outlets to air such ads. The underlying messy story seems to get even more complicated by the day, such as with revelations about the side-games that Giuliani’s associates had been playing in the course of their dirt-digging and for which they have been indicted.

Speaker of the House Nancy Pelosi reportedly assessed that the Ukraine caper is an appropriate centerpiece for impeachment partly because it would be easier for the public to understand than many of Trump’s other outrages, including those touched on in Robert Mueller’s report on Russian election interference and the related obstructions of justice. It remains to be seen if Pelosi is right about that. If the speaker is looking for Trumpian offenses that are easy for the public to understand, she might do better to focus on Trump’s ethically-blind mixing of government and personal business, as highlighted by his attempt to hold the next G-7 summit at one of his under-performing resorts before backing down after widespread criticism of such blatant self-dealing.

The third impediment is that the inclination to see nothing wrong in manipulating foreign relationships to undermine domestic political opponents goes well beyond Trump and his administration. The inclination is rooted in a view, which has become widespread over the last twenty-five years among many who identify with one of the two major parties, that members of the other party are every bit as bad as foreign adversaries and thus deserve to be treated like foreign adversaries. At a Trump rally in Dallas during the past week, one of the warm-up speakers, Texas Lieutenant Governor Dan Patrick, declared that liberals “are not our opponents; they are our enemies.” Or consider the comparison a Republican senator made earlier this year in expressing opposition to any concessions to Iran aimed at easing tensions, saying the Iranians “are almost as bad as the Democrats now.”

To give attention to the foreign relations side of the impeachment story is not to doubt the importance of all the other sides, including the ways in which the president’s conduct has imperiled America’s own democratic institutions and repeatedly obstructed justice. But the lessons about foreign relations are also important, and they apply to problems that go well beyond Donald Trump and the question of whether he stays or goes.