​​Poll: Majority of Americans Disapprove of Abortion Bans Without Exceptions 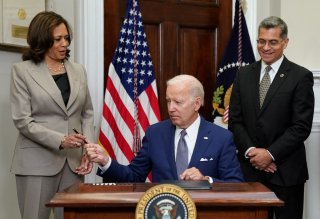 A new poll conducted by Morning Consult/Politico revealed that most Americans strongly disapprove of their states prohibiting all abortions with no exceptions.

According to USA Today, the survey, conducted July 8-10, showed that 61 percent of respondents strongly oppose and 13 percent somewhat oppose their states prohibiting all abortions with no exceptions. In contrast, only 9 percent strongly support the ban, and 8 percent somewhat support it.

However, support for such abortion bans rose when there are exceptions. The poll discovered that 49 percent of respondents strongly oppose and 12 percent somewhat oppose their state prohibiting all abortions, except in cases that prevent death or serious injury to the pregnant individual.

The survey comes on the heels of another poll conducted by the Pew Research Center that indicated that a majority of Americans have an unfavorable view of the Supreme Court’s decision to overturn Roe v. Wade, the 1973 landmark decision that established the constitutional right to an abortion.

The court’s decision to strike down Roe gives the states the authority to set their own abortion policies. So far, at least nine states have banned abortion, including Alabama, Arkansas, Mississippi, Missouri, Oklahoma, South Dakota, Texas, West Virginia, and Wisconsin. Additionally, a dozen more states are expected to prohibit or restrict the procedure in the coming weeks.

The Biden administration told hospitals on Monday, amid increasing pressure from many Democrats and abortion rights groups, that they “must” provide abortion services if the mother’s life is at risk. The guidance stated that the federal law on emergency treatment guidelines preempts state laws in jurisdictions that prohibit the procedure without any exceptions.

On Wednesday, the Biden administration warned roughly 60,000 retail pharmacies nationwide that they are at risk of violating federal civil rights laws if they deny filling prescriptions that could be used for abortions.

“We are committed to ensuring that everyone can access health care, free of discrimination,” Health and Human Services Secretary Xavier Becerra said in a statement.