The 2021 Property Boom: Home Prices Reach Highest Level in Over a Decade 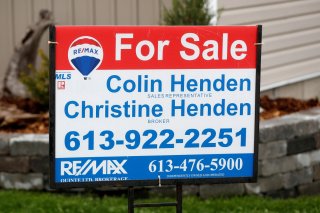 The measure of average home prices has hit its highest point since 2005, largely due to low mortgage interest rates and heightened demand for houses in a market experiencing widespread shortages.

The average price of a home in major metropolitan areas in the U.S. rose 13.2 percent in the year that ended in March, according to the March S&P CoreLogic Case-Shiller National Home Price Index, The Wall Street Journal reported.

The spike in home prices is driven by low borrowing costs and an increase in the number of buyers looking to purchase homes, without supply keeping up. The National Association of Realtors found that there were only 1.07 million homes up for sale at the end of March, nearly 28.2 percent less compared to a year earlier.

The 13.2 percent annual rate in March marked the highest rate of price growth since December 2005, the Journal noted.

Economists anticipate that the gap in supply and demand will continue to push prices to levels that make homeownership less achievable to first-time buyers or buyers with smaller budgets.

The Commerce Department reported Tuesday that sales of freshly built homes skidded 5.9 percent in April from one month earlier to reach a seasonally adjusted annual rate of 863,000.

“With demand in high gear and no respite in sight, home-price growth is likely to remain in double digits over the coming quarter,” Selma Hepp, deputy chief economist for CoreLogic, told the Journal.

While the measure of average home prices has surged in recent months, millions of homeowners across the country have been struggling to make mortgage payments on time and are experiencing “housing insecurity” due to the economic impacts of the coronavirus pandemic. The White House has introduced legislation to mitigate the mortgage burden amid the economic crisis that’s left millions of Americans unemployed.

The Biden administration allocated $10 billion for homeowners to help with housing-related payments like mortgage, taxes, utilities, insurance and homeowners association dues, which was incorporated into the same law that sent eligible Americans $1,400 stimulus payments and unemployed workers $300 weekly benefits. The measure includes the option to enroll in a mortgage forbearance program, allowing homeowners to postpone mortgage payments without getting late fees and other related consequences for not paying on time.

The administration has also introduced a foreclosure moratorium, which averts the worst possible consequence for a homeowner with missing payments.

The moratorium blocks lenders from moving forward with foreclosure proceedings until June 30, 2021 at the earliest, offering struggling homeowners extra time to gather money together to make payments.

“President Biden is committed to protecting homeownership and housing stability as America begins to turn a painful crisis into a robust recovery,” the White House said in a statement.