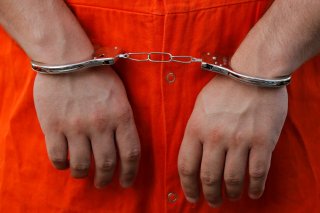 A new year has meant plenty of arrests and indictments for Social Security fraud and similar crimes. A roundup of recent cases in that vein:

On January 14, the U.S. attorney for the Eastern District of Pennsylvania announced a thirty-two-count indictment of a forty-three-year-old woman who “fraudulently obtained Social Security benefits and COVID-19 PUA unemployment benefits.”

Of the counts, thirty-one were for theft of government funds, while the remaining count was for conspiracy to commit money laundering. The woman, according to the release, met a paramour on Match.com, and she later assisted that person in a scheme to file fraudulent Social Security claims. The woman was also charged with, at the direction of that paramour, laundering money through the opening of bank accounts, in a scheme involving gift cards.

The woman is also charged for her alleged participation in a similar scheme involving Pandemic Unemployment Assistance (PUA) funds. That conspiracy, per the U.S. attorney’s office, entailed the taking of nearly $600,000 in government funds.

Another U.S. attorney’s office, in Massachusetts, announced a development in another fraud case in late December. In that case, the person charged was a fifty-nine-year-old female, Dominican national who had previously been living in Massachusetts. The woman was sentenced to one year and one day in prison and three years of supervised release, while also being ordered to pay over $32,000 in restitution.

The woman, last September, also pled guilty to a single count of false representation of a Social Security number and two counts of theft of government money, the U.S. Attorney said in an announcement. She reportedly used the identity of another person, a Puerto Rican citizen, to receive disability funds from the Social Security Administration, as well as Section 8 housing assistance benefits. The fraud took place between 2017 and 2021.

Meanwhile, the U.S. attorney’s office in the Southern District of Ohio on Monday announced that a fifty-nine-year-old man had been also sentenced to one year and one day in prison, for “stealing the identity of a disabled United States veteran; and using that person’s Social Security number.”

The person sentenced, according to the government, had applied for Title XVI Supplemental Security Income benefits using the other person’s identity, including their date of birth and Social Security number, to obtain an Ohio driver’s license. The accused also “ obtained a criminal record” while using the false identity. Per the Cincinnati Enquirer, the man sentenced used this other identity for nearly twenty years, a period that included convictions on drug, gun, and reckless driving charges.

Following the sentence, the man will be deported to Mexico, the U.S. attorney’s office announced.