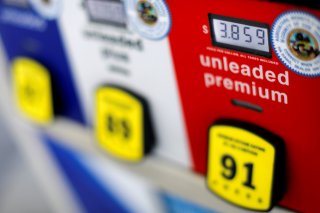 The rise in gasoline prices across the United States has been ramping up in recent weeks, but it appears that industry executives are still reluctant to pump more oil out of the ground.

This is indeed bad news for travelers who want to hit the road on the cheap this spring and summer.

In recent weeks, oil prices have surged to more than $65 a barrel. And gas prices in step already have risen about 35 cents a gallon on average over the past month, according to the AAA motor club—and could reach the much-feared $4 a gallon territory in some states by this summer.

These quickly swelling prices, however, have been anticipated for weeks.

Last month, when the artic freeze was pummeling much of the United States, the fuel price tracking website GasBuddy projected that the national average for gas prices could surge as much as 10 to 20 cents per gallon from the average price of $2.54 per gallon.

It contended that such an increase in prices at the pump could lead the national average to rise to $2.65 to $2.75 per gallon—the highest prices seen since 2019 and the highest seasonal prices in more than five years. More than forty states are already seeing gas prices higher than last year, with half seeing double-digit increases.

“The quicker the affected refineries are able to come back online, the better, and perhaps less painful for motorists than if they remain out of service for even longer,” Patrick De Haan, head of petroleum analysis at GasBuddy, said in a statement, adding that the national average could surge to $3 per gallon closer to Memorial Day weekend as refineries eventually begin to switch over to EPA-mandated cleaner summer fuels.

“Oil prices have continued to rally as global oil demand recovers from the worst of the COVID-19 pandemic, and now the extreme cold weather shutting refineries down, us motorists just can’t seem to catch a break. We probably won’t see much, if any relief, anytime soon.”

Some areas will witness a more negative impact. “Expect gas prices to rise more closer to the markets these refineries serve, primarily Texas, Louisiana, Alabama, Mississippi, Florida, Georgia, the Carolinas, and potentially even up the coast, as the Colonial pipeline carries refined products from the affected refineries as far as New Jersey,” De Haan added.

The prediction was indeed correct. Since Monday, the national average for a gallon of regular gasoline has climbed by five cents to $2.82. Rising crude prices, tightening gas supplies, and increased gas demand continue to drive pump prices to higher ground.

According to the latest compiled data from the Energy Information Administration, total domestic gas stocks decreased by 11.9 million bbl to 231.6 million bbl, as demand increased from 8.15 million b/d to 8.73 million b/d last week.