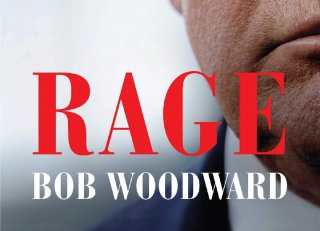 Bob Woodward, the celebrated Washington Post journalist and best-selling author, has experienced pushback from other reporters and social media goers for not revealing his recorded interviews with President Donald Trump about the coronavirus sooner. Some argue that Woodward could've saved thousands of American lives, as Trump admitted to downplaying the threat of the coronavirus and said it was “deadly stuff.” Others say the recordings just reinforced common themes about the president, noting that the news is no surprise, considering the virus has killed nearly two hundred thousand Americans.

Although Woodward probably should've released the recordings back in February and March, the country will never know how different the pandemic would have been if he did so. But, considering Trump’s tanking ratings for his handling of the coronavirus, the honest, thorough interviews could have boosted the country’s overall trust in the president and provided deeper preparation for the infectious waves of that drowned America’s major cities.

After researching, here are some reasons to not buy Woodward’s new book, called “Rage” that’s set to be released tomorrow.

Woodward’s new book provides a generous glimpse of how much the president really knew about the coronavirus and how reluctant he was to tell the truth. Trump admitted to downplaying the threat of the virus, as he told the veteran journalist that it’s “more deadly than even your strenuous flus,” despite publicly saying it wasn’t more harmful than the flu.

In late February, Trump even called it a Democratic “hoax” and assured Americans that the country is safe, instilling hope that there would be a “cure” soon.

As a journalist, Woodward’s commitment to his book raised eyebrows about journalism and reporter ethics. Woodward kept this disturbing news to himself and withheld vital information that he could've provided to the public. Journalists are obligated to seek the truth and report it, as cited in the Society of Professional Journalists code of ethics. Journalists are obligated to be honest in reporting newsworthy, life-changing information that could offer help, more knowledge or general guidance to readers. Woodward didn’t appear to serve the public, and instead acted to serve himself and remain loyal to the president.

Woodward has argued, however, that he wanted to fact check the president’s comments on the coronavirus before unleashing it to the public.

Defying basic journalism ethics isn’t new for Woodward. In 2005, Woodward apologized to the Washington Post’s editors for keeping information to himself for two years that a senior official with former President George W. Bush’s administration informed him of CIA operative Valerie Plame. The journalist pleaded that he “was trying to protect my sources. That’s job number one in a case like this.”

Regardless of his history with not informing the public, Woodward could have learned from past mistakes.

“There is no ethical or moral defense of Woodward’s decision to not publish these tapes as soon as they were made. If there was any chance it could save a single life, he was obligated to do so. Bob Woodward put making money over his moral and professional duty,” John Stanton, the former Washington bureau chief for Buzzfeed, tweeted.

Could the Tapes Have Boosted the Public’s Knowledge of the Severity of the Virus?

On social media, commentators and reporters are pinning the blame of America’s death toll on Woodward. Although that is a bit harsh, if Woodward had released the audiotapes of Trump’s honest opinion of the virus, he might have increased the public’s knowledge of the scope of the infection and perhaps, saved thousands of lives.

States across the country—likely impacted by Trump’s prior refusal to wear a mask and continuous tendency to downplay the coronavirus—are reluctant to understand and really see its threat.

“I wanted to always play it down. I still like playing it down, because I don't want to create a panic,” Trump said in a call with Woodward on March 19. By “playing it down,” Trump supporters are believing his false, misinformative rhetoric that doesn’t align with what public health experts emphasize.

“Nearly 200,000 Americans have died because neither Donald Trump nor Bob Woodward wanted to risk anything substantial to keep the country informed,” Esquire’s Charles P. Pierce wrote, according to The Associated Press.

The overarching reason for Woodward to withhold crucial information from the public is perhaps for financial and social gain. Trump told him back in February that the virus was, in fact, deadly and in March, Trump said he was deliberately downplaying the infection.

Woodward sat with the information for several months, and instead of reporting it to the public, he withheld it to throw together a best-selling book that he hopes will boost his credibility and notoriety as a journalist.

The journalist had a rare opportunity to warn the country about the severity of the virus and “instead chose to stay silent so he could preserve his access to the White House and sell a few more books to a nation locked down in quarantine,” according to Jacobin writers.

“That is peak 2020. It is a greed-is-good, screw-everyone-else attitude to the extreme. It is a crime against humanity,” the writers added.

Does it Really Offer New Insight about the Virus?

Since the coronavirus struck the United States in January, the news has been flooded with coronavirus talks, Trump’s rhetoric and election predictions. Woodward’s “Rage” pumps more information about “Trump’s own blithe recorded confirmation to a horrific story that we already knew,” according to Frank Rich at New York Magazine.

Reporters covering Woodward’s recordings with the president argue that the public should have already known about the severity of the virus after paying attention to the media’s coverage and reminders from the public health experts. A New York Times journalist described it as “impetuous and self-aggrandizing,” as Trump’s downplaying of the virus and dialect is “immediately recognizable.”

In April, the New York Times reported that “throughout January, as Mr. Trump repeatedly played down the seriousness of the virus,” the top White House officials advised the president of the severity and threat of the coronavirus.

Rosa Brooks, a reporter for the Washington Post, also offered the question, “But we knew all this already, didn’t we,” in her review of Woodward’s book for the publication. Brooks wrote that the public should know Trump and his administration’s behavior when handling the coronavirus pandemic, as he “minimizes the lethality of the coronavirus” to preserve his election chances in November.

As the coronavirus sweeps across the country, leaving nearly 6.5 million Americans infected, how did the country not know that it was “deadly stuff?”

“Written in a Hurry”

Brooks noted that “‘Rage’ was written in a hurry, and at times it shows.” Brooks added that Woodward repeats himself a number of times throughout the book, reiterating the same idea or thought.

The Washington Post’s writer also said that the chapters change their focus at random, making it difficult to fluidly understand.

As a journalist with a mixed association at the Washington Post, Woodward's intentions and decisions in writing “Rage” further highlighted the continuing loyalty those close to the president have for him.

Rachel Bucchino is a reporter at the National Interest. Her work has appeared in the Washington Post, U.S. News & World Report and The Hill.