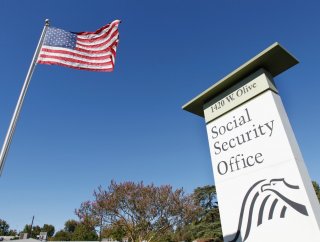 A paid leave benefit is under consideration that would put the Social Security Administration (SSA) in charge of administering it. And concerns have been raised about that by the AARP, which represents retired Americans.

“Voters age 50-plus are concerned that using the Social Security Administration (SSA) to administer a paid leave benefit could have a negative impact on Social Security Retirement benefits,” according to the AARP’s website.

The organization has conducted a survey of Americans 50 and over of the proposal.

“While there is broad support for such a program, older voters are concerned that administering this benefit through the SSA would negatively impact the administration of Social Security benefits to retirees,” the AARP said. “They are concerned that it could lead to longer wait times, delay of benefits, poorer customer service, and benefits cuts.  Overall, more than half (54 percent) believe that administrating paid leave through the SSA would hinder the allocation of Social Security benefits to retirees.”

The AARP conducted a survey of 750 people over 50 and found that 100 percent of those surveyed are registered to vote in their state.

The survey asked whether respondents “support or oppose a paid leave benefit that is funded by taxpayers for working individuals who need to take time off for sickness or injury, to care for a newborn, or who need to provide care for an adult family member or friend?” To that, 37 percent answered “strongly support,” 36 percent “somewhat support,” 17 percent “somewhat oppose” and “9 percent “strongly oppose.”

The bill in question is the Family and Medical Insurance Leave (FAMILY) Act, which was introduced most recently by Rep. Rosa DeLauro, D-Conn., and Sen. Kirsten Gillibrand, D-N.Y.