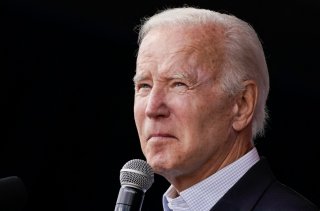 Declining gas prices over the past three months surely have been a boon for Democrats. However, according to a new Politico report, the latest consumer price index (CPI) report revealed that food prices remain highly elevated—potentially giving Republicans even more ammunition ahead of the November midterm elections.

Overall food costs, per CNN Business, have surged more than 11 percent over the past year, the most significant annual increase since May 1979, according to CPI data released on Tuesday by the Bureau of Labor Statistics. Egg prices have soared 39.8 percent, flour 23.3 percent, milk 17 percent, chicken 16.6 percent, bread 16.2 percent, and fruits and vegetables 9.4 percent.

“High food prices affect nearly every household and have proven to be a major hindrance to efforts by the White House and Democrats to shake off inflation-induced political woes,” Politico wrote.

“But Republicans have stepped up their attempts to use the issue to hammer the administration and congressional Democrats,” it continued.

For example, a recent commercial for Rep. Don Bacon, a Nebraska Republican, features the congressman slamming miniature-sized burgers—which he calls “Biden burgers.” There also have been ads funded by the Congressional Leadership Fund, a House Republican-endorsed PAC, that show Americans shopping at grocery stores and fiddling with their wallets. “Families are already paying nearly $500 more a month for gas and groceries just to keep up,” the ad stated.

“It’s an easy case for the GOP to make to American families that are paying more out of their pockets for groceries than they were a year ago,” Ron Bonjean, the co-founder of political strategy firm Rokk Solutions who has served as the top spokesman for Republican congressional leaders, told Politico.

“Voters know how they are spending their paychecks and they have to make tougher choices on what to buy at the store,” he added.

Frank Luntz, another notable conservative strategist, explained to the news outlet that such messaging tackling food and inflation is easy and effective.

“Everyone in every community is paying more, and no one thinks they should,” he continued.

Meanwhile, the White House and Democrats are looking to take action. Politico noted that one senior White House official said the Biden administration is assessing proposals that would encourage more crop production, drive ocean shipping reform, and crack down on consolidation in the meatpacking industry.