AMC Revenue Jumped in the First Quarter, But Skepticism Remains 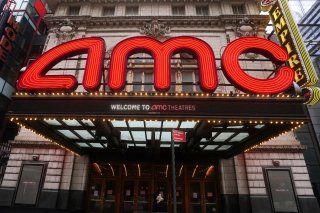 Movie theater chains are one of those businesses that there was doubt that it could survive the pandemic. The chains were closed for a long period in 2020, with many customers fearing for their safety, and there were rumors of bankruptcy. In the case of AMC, the largest theatrical chain in the United States, there were even rumors that Amazon might acquire it. Overall, there were doubts about whether crowds would return to movie theaters in large numbers, even after the worst of the pandemic.

Throughout the pandemic, AMC borrowed money, and at one point, it even became a meme stock. And now, the chain remains in business and not in bankruptcy. AMC lost money in the first quarter, but its loss was less than that of a year earlier, and its revenue was much higher.  In the recently completed quarter, AMC posted revenues of $785.7 million, compared to $148.3 million in the first quarter of 2021, when Hollywood hadn’t yet fully re-emerged from the pandemic and there were few major releases.

The company posted a loss of $337.4 million, compared to $567.2 million the same time the year before. It also has over $1 billion of liquidity available. Per CNBC, the performance was ahead of analysts’ first-quarter estimates, while Barron’s described it as “a difficult time for meme stocks.”

“Our results for the first quarter of 2022 represent AMC’s strongest first quarter in two full years. We continue on our pandemic recovery trajectory, more than quintupling revenues and improving adjusted EBITDA by nearly eighty percent compared to a year ago. The significant progress AMC has made is very rewarding, as our guests continue to recognize the unparalleled movie-going experience offered by AMC,” company CEO Adam Aron said in the earnings release.

“The cumulative success of SPIDERMAN: NO WAY HOME, THE BATMAN, SONIC THE HEDGEHOG 2, and this past weekend’s opening of DR. STRANGE IN THE MULTIVERSE OF MADNESS, should leave no doubt about the enduring appeal of theatrical exhibition. When Hollywood releases films that moviegoers want to see, people flock to cinemas in huge numbers to watch movies where they were designed to be seen, in theatres, on the big screen,” he added.

Aron went on to express optimism about the potential of movies set to be released the rest of the year, including the upcoming sequels to Top Gun, Jurassic Park, Black Panther, and Avatar.

Indiewire described AMC’s earnings as “AMC Chants ‘Doctor Strange!’ as Analysts Pour an Icy Jumbo Soda on the Optimism,” citing a MoffettNathanson report which forecasts that the domestic box office total in the United States will decline in 2023.