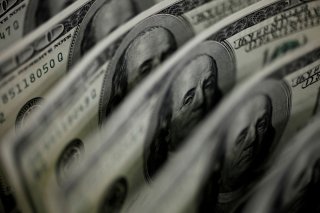 There is little doubting the fact that the financial security of millions of Americans is in jeopardy due to current high-inflationary pressures, which reached an eye-opening 9-plus percent year-over-year in June.

But in an effort to help offset fast-rising consumer prices, a new report released by Willis Towers Watson, a compensation consulting firm, is showing that U.S. companies are planning to give their employees the biggest pay bump in fifteen years in 2023.

According to CNBC, the average pay raise will end up being a solid 4.1 percent.

“This year also saw a larger than usual average pay increase for workers of 4%; the raises are the highest since the Great Recession in 2008, when workers got an average pay bump of 3.5%,” the business news outlet writes.

The report added that nearly two in three (64 percent) U.S. employers have budgeted for higher employee pay increases compared to last year, while two-fifths (41 percent) have boosted their budgets since original projections were made earlier this year. Furthermore, less than half of companies (45 percent) are sticking with the pay budgets that they had set at the start of the year.

The tight labor market and worker expectations driven by the high-inflationary environment are two of the top reasons employers cited for their larger employee-compensation budgets.

“With such a dynamic environment, it’s imperative for organizations not only to have a clear compensation strategy but also a keen understanding and appreciation of the factors that influence compensation growth. And, if an organization is planning to increase budgets, it’s best to be prepared as to how to award and communicate pay changes as quickly and effectively as possible,” she continued.

However, Lawrence Mishel, a distinguished fellow at the Economic Policy Institute, told CNBC that the planned pay raises won’t come near matching the pace of inflation.

“These corporate plans are not very hopeful, in my view,” he said. “The low wage increases will ensure that worker buying power falls.”

Meanwhile, millions of American seniors are also in line for a sizable bump to their monthly Social Security checks. Per CNN, Social Security recipients are currently on track for a 10.5 percent cost-of-living-adjustment (COLA) for next year, according to the Senior Citizens League.

Such a hefty adjustment would amount to a $175.10 increase in the average monthly retirement benefit of $1,668.

“Inflation has been so high and so much higher than the 5.9 percent COLA that people got [earlier this year], they have experienced a shortfall in their benefits,” Mary Johnson, Social Security and Medicare policy analyst at the Senior Citizens League, told the news outlet. “If people do not have adequate retirement savings or cash savings that they can easily get to, people are putting more on consumer credit cards.”