Americans Are Getting Extra Jail Time for Threatening Federal Judges 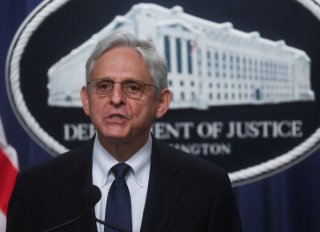 A fifty-five-year-old Arizona man was sentenced last week to time served, or twenty-five months, in connection with threats to a Social Security judge.

The man had pled guilty, back in June, to the crime of Threatening to Assault a Federal Employee. The threats had happened in the summer of 2020, when the man, per the Justice Department press release, left threatening voicemails for the judge.

“During the early summer of 2020, [the man] left several messages on the voicemail of his attorney’s office, threatening the United States Social Security Administration Law Judge assigned to his case. In the voicemails, [he] threatened to assault and kill the judge, demanding his benefits be approved immediately, and instructing the legal assistant to relay the messages to the judge.”

A man with the same name had filed a suit against the IRS in 2016, but that case was dismissed later that year.

It is a federal crime to threaten harm to a federal judge. Last November, a forty-six-year-old New Jersey man was charged with threatening to injure a federal judge with at least two phone calls related to a lawsuit the man had filed.

“Before the snow starts falling on my head, I’m gonna put a bullet in the Judge’s brain ... he’s a scumbag,” the man in the New Jersey case allegedly said on the phone. He later, the government alleged, arrived at a law firm and told security guards that he was “going to blow the judge’s brains out.”

Last month, in South Carolina, a federal inmate had more than a year added to his sentence for “mailing a threatening communication to a United States District Court Judge.”

The man was already sentenced to seventeen years in federal prison for his part in “a sophisticated fraud scheme.” The man then sent a letter to an unnamed judge and threatened to kidnap women close to the judge.

“You will grant ALL pending motions in your court for compassionate release by July 2nd, 2021 at 3:00 PM or earlier,” the alleged threat said. “They are all to be reduced to time served with NO supervised release.  They will be immediate release from prison and no delays. If not, then we will begin to disappear the women closest to you. We know where they live, work, or go to school.”

The man had presented the letter to someone who had visited him in prison the day before it was mailed. At the time, he had filed a motion for compassionate release. But due to the threat, a judge added fifteen months to the man’s existing sentence.