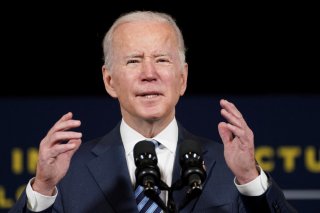 The expanded child tax, which was sent to American families for the last seven months of 2021, was part of the American Rescue Plan Act, a bill signed into law by President Joe Biden in March 2021. The credit, which included direct payments to most American families between July and December, had an immediate effect in reducing childhood poverty and hunger.

However, the credit expired at the end of last year, and when the Build Back Better spending package failed to pass the Senate, payments were paused indefinitely. But, last week, the White House held a “day of action” to encourage people to claim their benefits, while Senate Democrats continued to advocate for the credit’s revival. Yet, despite such measures, the credit’s future remains unclear.

CNBC looked at how families are being impacted by the loss of payments.

ParentsTogether Action reported the result of a survey that found 57 percent of respondents said “it has been more difficult to meet their family’s basic needs” since the child tax credit payments stopped. A full 22 percent said they “have been unable to meet their family’s basic needs.” And more than 70 percent said it was “extremely important” for Congress to extend the credit.

“Thanks to opposition from Senator Joe Manchin and all 50 Republicans, the Senate failed to pass the Build Back Better Act in December, effectively abandoning millions of American parents relying on the expanded Child Tax Credit to survive as the pandemic raged. Parents have used this money to pay for the basic necessities: food, housing, and childcare,” Justin Rubenn, co-director of ParentsTogether Action, said in the announcement. “Now, as the second missed payment approaches, millions of families are on the brink.”

The Case For the Credit

Also this week, Gary Cunningham, the CEO of Prosperity Now, penned an op-ed in The Hill,  calling for the expanded child tax credit to be restored because it reduced poverty in 2021.

“Congress must now decide whether to leave American families and children with a broken promise of increased opportunity for financial well-being and equity or to act immediately by extending the CTC expansion,” Cunningham wrote. “We urge lawmakers to consider the negative impact the absence of the enhancement of this earned benefit would have on low-income and working families across the country and act accordingly.”