Are Stimulus Checks a Thing of the Past? 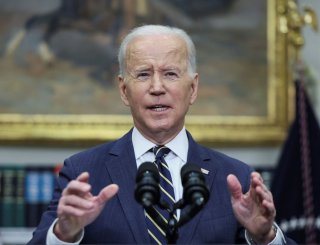 Friday is the one-year anniversary of President Joe Biden’s signing of the $1.9 trillion American Rescue Plan, which green-lighted the third and presumably final stimulus check amid the coronavirus pandemic.

According to some experts, that $1,400 direct payment to most Americans, along with the enhanced child tax credit and other financial assistance programs, was desperately needed when the country was economically crippled by the ongoing health crisis.

“Looking at how resilient and equitable the recovery has been in the face of Delta, Omicron and now military conflict in Europe, that strategy already looks wise,” Gene Sperling, a Biden adviser tapped to oversee the legislation’s implementation, told The Associated Press.

However, others have a different take, considering that the most recent consumer price index was found to have surged 7.9 percent year-over-year, hitting a fresh forty-year high, according to the Labor Department’s Bureau of Labor Statistics.

“The gamble was it would create a success that would make people want to do more. But it contributed to inflation that made people want to do less,” Jason Furman, a Harvard professor and former top economic adviser to President Barack Obama, told the news agency. “In some ways, that’s the biggest consequence. It was a gamble, and they lost that gamble, and it hurt,” he added.

It is against this high-inflationary backdrop—skyrocketing gas and food prices—in which there are still plenty of Americans who are still struggling to make ends meet. As for the two-year-long pandemic, it is still “far from over,”World Health Organization Director-General Tedros Adhanom Ghebreyesus noted recently on CNBC, adding that Covid-19 “will not be over anywhere until it’s over everywhere.”

For many, the quick solution for the near-term is for the government to approve another round or two of stimulus checks, which has been long voiced by several nationwide petitions. The most popular one is being orchestrated by Denver-area restaurant owner Stephanie Bonin, whose Change.org petition eclipsed its goal of three million signatures and has since added 37,000 more.

“I’m calling on Congress to support families with a $2,000 payment for adults and a $1,000 payment for kids immediately, and continuing regular checks for the duration of the crisis,” reads the petition.

To help ease the pain of current inflationary pressures—namely gas prices, which are now sitting at $4.33, according to AAA—one energy economist is urging the government to issue $1,100 stimulus checks.

“The fastest and most effective way to protect vulnerable citizens from the impacts of global economic instability is to provide a direct payment through the IRS, similar to the three stimulus checks that were sent to families during the height of the pandemic,” Mark Wolfe, executive director of the National Energy Assistance Directors’ Association, wrote in an op-ed for CNN Business.

“The administration should ask Congress to authorize a payment of $1,100 per household to pay for four months of higher prices going forward,” he continued.